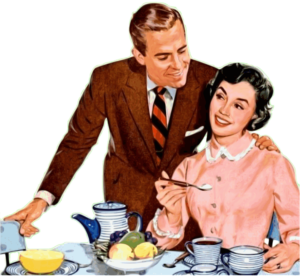 We here at TKZ care about writers—how they write, of course, but also how they can stay healthy. Today I bring you some venerable wisdom on both counts.

Over at Project Gutenberg I happened upon the definitive treatment of the healthy side of coffee, published in London in 1721, with the snappy title of The Virtue and Use of Coffee With Regard to the Plague, And Other Infectious Distempers. We all know coffee gives you a lift in the morning, among other benefits. But until I read this little book, I had no idea of the number of infirmities a daily cup of joe can overcome. To wit:

[Coffee] cures Consumptions, Swooning Fits, and the Rickets; and it helps Digestion, rarefies the Blood, suppresses Vapours, gives Life and Gayety to the Spirits, prevents Sleepiness after eating, provokes Urine and the Catamena.

It contracts the Bowels, and confirms the Tone of the Parts, being drank after Victuals, provided it be fresh made; for if it stands but two or three Hours, it loseth much of its Virtue. … It is an effectual Remedy against Worms in Children; so that if the Mother drinks frequently of it when she is With Child, the Infant will not be troubled with Worms, during its first Years.

’Tis likewise useful to such as are afflicted with Rheumatick or Gouty Humours. The Dutch Physicians commend the Use of it in Intermitting Fevers, and hold it to be good against Infection; because of the great Refreshment it gives the nobler Parts of the Body, and its sudden Effect upon the Spirits, which are wonderfully recreated by it. And it is apparently the Opinion of all Physicians who have yet wrote concerning the Plague, That such Bodies whose Spirits are the most overcome by Fear, are the most subject to receive Infections. And again, That the Spirits must be refresh’d only by such Liquors, or Preparations, as will not promote Inflammations. And of this nature, say they, is Coffee, which by a right Use supports the vital Flame, and defends the Body from Pestilential Infection. And as such it is generally recommended, as a necessary Drink, at least twice a day; the first thing in a Morning, and at four in the Afternoon.

Got that? Drink coffee first thing in the morning and at four in the afternoon, and your kids won’t get worms.

Now, about writing. Louisa May Alcott wrote this letter sometime in 1878:

I can only say to you as I do to the many young writers who ask for advice—There is no easy road to successful authorship; it has to be earned by long & patient labor, many disappointments, uncertainties & trials. Success is often a lucky accident, coming to those who may not deserve it, while others who do have to wait & hope till they have earned it. This is the best sort & the most enduring.

I worked for twenty years poorly paid, little known, & quite without any ambition but to eke out a living, as I chose to support myself & began to do it at sixteen. This long drill was of use, & when I wrote Hospital Sketches by the beds of my soldier boys in the shape of letters home I had no idea that I was taking the first step toward what is called fame. It nearly cost my life but I discovered the secret of winning the ear & touching the heart of the public by simply telling the comic & pathetic incidents of life.

Little Women was written when I was ill, & to prove that I could not write books for girls. The publisher thought it flat, so did I, & neither hoped much for or from it. We found out our mistake, & since then, though I do not enjoy writing “moral tales” for the young, I do it because it pays well.

But the success I value most was making my dear mother happy in her last years & taking care of my family. The rest soon grows wearisome & seems very poor beside the comfort of being an earthly Providence to those we love.

I hope you will win this joy at least, & think you will, for you seem to have got on well so far, & the stories are better than many sent me. I like the short one best. Lively tales of home-life or children go well, & the Youth’s Companion is a good paying paper. I do not like Loring as he is neither honest nor polite. I have had dealings with him & know. Try Roberts Brothers, 299 Washington St. They are very kind & just & if the book suits will give it a fair chance. With best wishes for a prosperous & happy New Year I am your friend

What is your beverage of choice when you write?

Where are you on the “long & patient labor, many disappointments, uncertainties & trials” road that we call the writing life?

What part of writing brings you the most joy?