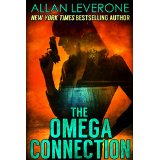 Note from Jodie: I just moved to a new city a few days ago and am up to my ears in unpacked boxes and chaos, so I’ve brought back my friend and two-time former client, bestselling thriller and horror author Allan Leverone, to tell you how he recently increased his author visibility and spiked book sales. Take it away, Al!

Thanks, Jodie. Great to be back at TKZ. My first book was published a little over four years ago, in February 2011. You may remember that as the chaotic period when the self-publishing phenomenon really broke through and turned the traditional publishing model upside down.

Between December 2009, when I signed my first contract, and February 2011, those changes swept through the industry. One result of everything going on was that I suffered a unilateral modification in contract terms by my publisher—changing the agreed-upon format of my upcoming release from mass-market paperback to ebook-only—a change that forced me to reconsider signing in the first place.

My debut novel hadn’t even been released yet and I was already questioning my decision to sign that first contract.

Should I hire an attorney and attempt to force the publisher to abide by the original contract terms? Should I demand they return the rights to my book based on breach of contract? Or should I suck it up and accept the change?

Eventually I chose the third option and the book was released almost a year later, and I was left with the challenge faced by all authors not named King or Patterson or Grisham.

How the hell was I going to attract readers to a book offered for sale by a virtually unknown writer?

My theory was then and still is now that avid readers don’t read books, they read authors, that when picking their next read, given the choice between an author’s name they recognize and one they don’t recognize, they will almost always choose the former over the latter.

This was a problem, and one thing that struck me as I read J.A. Konrath’s blog day after day, where he hammered home the point that ebooks are forever, was that this problem was only going to get worse. If convincing readers to choose my book was a challenge in 2011, it was only going to become more of a challenge over time, as the market became more and more saturated.

It was critical I raise my name recognition, so that I could become one of the authors whose names readers recognized and thus chose.

When I looked at the writers who were becoming successful in the Brave New World of modern publishing, I saw men and women who all seemed to have one thing in common, regardless of their genre: they took risks.

I decided I would become a risk-taker as well, and since making that decision I’ve approached the business side of writing from that perspective: to take chances when I felt it could be beneficial.

So when I read in October 2014 that Amazon Publishing was about to open up a brand-new venture called Kindle Scout, I paid close attention. I’m friends with some outstanding writers published through Amazon’s Thomas and Mercer imprint, people like Vincent Zandri and J. Carson Black, and their experience with Amazon has been universally outstanding.

Do you know how rare that is in the world of publishing, for authors not just to be satisfied with their publisher, but actually pleased?

But there was a problem: Thomas and Mercer was closed to submissions and had been for a long time.

As someone looking for a way to get involved with Amazon Publishing, the benefits seemed obvious to me: Amazon is the world’s biggest bookseller and thus has a ready-made ocean of buyers out there, actively searching for quality books in all genres. Their targeted marketing is second to none, and unlike other publishers, they can directly control which titles their readers see, and how many readers see them.

So I studied the Kindle Scout program. It seemed fairly straightforward. I would submit a manuscript. My book would be featured in a thirty-day campaign, where readers (“Scouts”) could examine an excerpt and nominate the book for publication if they deemed it worthy. At the end of the book’s campaign, Amazon editors would consider the quality of the work and the number of nominations received, and within fifteen days would either accept the book for publication by their brand-new Kindle Press imprint, or would decline to publish it and return the rights to me.

It just so happened that I had a manuscript nearly submission-ready.

My theory was to take risks when it could be beneficial.

This was a no-brainer. I finished cleaning up the manuscript and submitted it into the Kindle Scout program about ten days after the program opened for submissions. Two days after THE OMEGA CONNECTION’s campaign ended, the manuscript was accepted for publication by Kindle Press and on March 3, was among the first ten books released by the brand-new imprint.

I believe I made the right decision. My experience with Amazon Publishing to this point has been nothing short of outstanding. The copyediting process was thorough, I have an Amazon rep who is friendly and smart and responsive, and best of all, the book is selling. I’m gaining readership.

THE OMEGA CONNECTION has taken up residence in two bestseller categories at Amazon, Political Suspense and Hard-Boiled Mystery, and has consistently ranked between 5,500 and 9,500 at Amazon. These results over a six-week period are far better than I’ve ever achieved with any other book.

Is Kindle Scout for everyone? Of course not; nothing is for everyone. The program is not perfect. For example, unlike traditional publishers, Amazon expects Kindle Scout authors to provide their own quality cover art. As someone familiar and comfortable with self-publishing, this was not a problem for me; it might be a deal-breaker for some.

And as with any venture, it is absolutely essential you read and understand the contract before signing anything.

But if you’re willing to take chances, if you believe in your work, if you’re looking to sell books and raise your profile as an author, you would be doing yourself a disservice if you didn’t at least seriously consider the new Kindle Scout program. 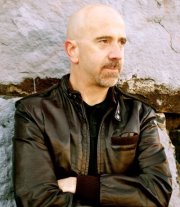 Allan Leverone is the New York Times and USA Today bestselling author of eleven novels, including MR. MIDNIGHT, named by Suspense Magazine as one of the “Best Books of 2013.”

A 2012 Derringer Award winner for excellence in short mystery fiction and 2011 Pushcart Prize nominee, Allan lives in Londonderry, New Hampshire with his wife of more than thirty years, three grown children and one beautiful granddaughter.

Check out THE OMEGA CONNECTION or learn more at www.AllanLeverone.com. The CIA’s most secret weapon, Tracie Tanner, must stop a killer targeting defense contractors. Or die trying.