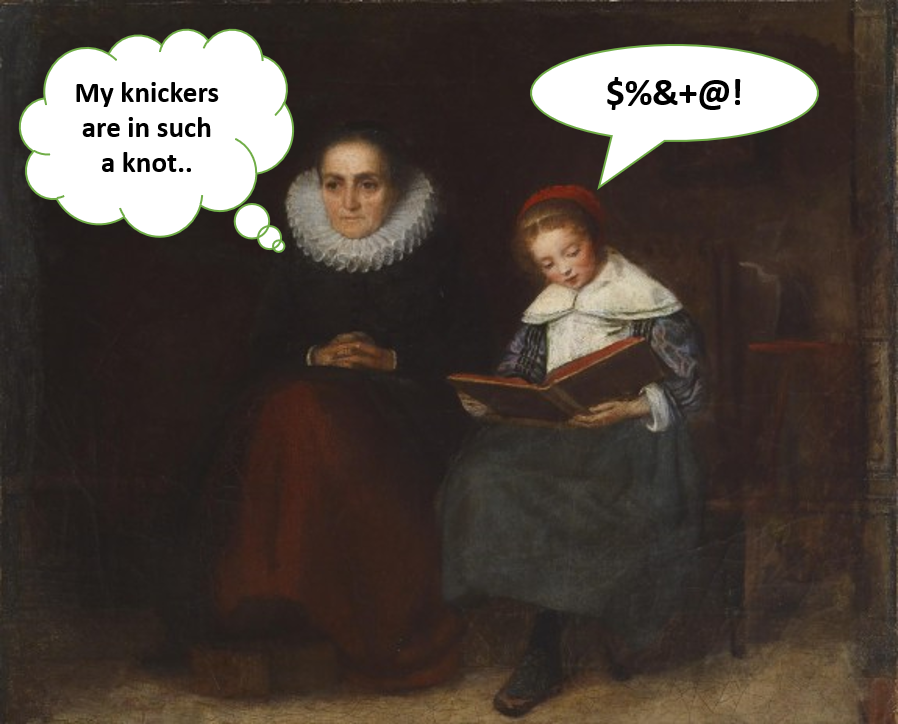 Got an interesting fan email the other day. It was from a long-time reader who had just gotten around to getting our most recent Louis Kincaid book The Damage Done. She started off by telling us how much she loved our books but then went on to lament our use of…blue language. Here’s the nut graph of the letter:

I’m not a prude and my reading tastes go more toward more hardboiled authors than cozies.  In your latest book I counted 35 “damns” or “dammits,” 40 “hells,” almost as many “sh*ts” and 10 f-bombs. I realize that criminals and police officers use profanity. But I wonder if in your attempt to be realistic in your writing, you go too far in trying to mimic their speech.

First, I was sort of impressed that she took the time to count all the bad words. But second, and more important, I understood what she is saying. And it got me thinking — not for the first time because I’ve gotten letters like this before — about how we crime dogs deal with profanity in our novels.

Early in our series, my sister and I salted our dialogue with more profanity than we did later. I think it was because we did, indeed, get sucked into the notion that such language gave our books the imprimatur of “hardboiled.” (read that as “serious,” which is a really misguided distinction that many in our business still cling to.)

But as we got better at our craft, we realized that while yes, cops and bad guys swear and use un-PC vulgarities, we didn’t have to. At least as much as we were doing. Profanity, like adjectives, needs to be used sparingly, in my humble writer-opinion. You don’t need purple prose descriptions. So maybe you don’t need blue language crutches? 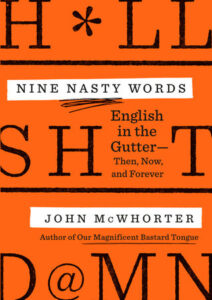 My writing life seems peppered with synchronicities, and sure enough, as I was working on this post yesterday, I happened upon a TV interview with John McWhorter, an associate professor of linguistics at Columbia University. He was on TV to promote his latest book, Nine Nasty Words: English in the Gutter — Then, Now, and Forever.

Fascinating guy. He talked about how our favorite nasty words (up two from George Carlins’ infamous Seven Words You Can Never Say on Television) have evolved over time to the point that even the shock value of the f-bomb has become diluted and it’s now commonplace.

He pointed out that, over the centuries, what we think of as nasty has evolved. In medieval times, when religion was the center of life, swearing to God was “a big deal.” But over the years, “God damn him” was shortened to “damn” and became less a “command to condemn,” as much as a “mere bark of annoyance,” McWhorter says.  To my mind, “damn” has faded from navy blue to soft denim.

McWhorter went on to say that as the power of religion waned, our obsession with our body functions — especially sex and excrement — became the focus of our profanity. Growing up in the Fifties, I remember just some kid whispering “fart” brought on a spasm of giggles. I don’t think I ever even heard the f-bomb until late high school. I suspect most elementary school kids today have a working, if clandestine, relationship with it.

Digression alert: If you want to blame someone for f—k, you can look to the Vikings, McWhorter says. When they invaded England in 787, they came armed with the f-bomb.

“A now obsolete Norwegian word like fukka would have been a fine candidate for what became our four-letter word of choice,” he said in an interview with the New York Post. “No squinting is necessary — fukka meant exactly what it looks like.”

It became common in England after that. One of the earliest recorded uses was in 1528 when a nameless monk was critiquing Cicero’s De Officiis and lamented the annoying  annotations of “a f-kin’ abbott.”

“After the 1500s, ‘f–k’ is rarely printed, not even appearing in dictionaries from 1795 to 1965,” McWhorter writes. I just checked my own 1971 edition of the Oxford English Dictionary, vol. 1 and no f-bomb. The English have apparently cleaned up their act. Although I don’t think my English friend Crazy Tim got the memo since he peppers his emails with such a panoply of purple prose that I have to resort to Googling “Dirty Brit Slang” to translate.  I’ve learned such useful insults as pillock, wanker, tosser to add to my favorite — twit. 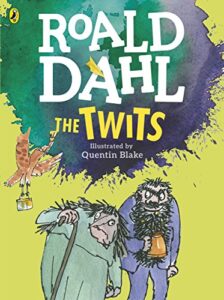 Digression alert: Children’s author Roald Dahl wrote a book called The Twits – a twisted tale of a vicious married couple who love to torment their pet monkeys and each other. (Mrs. Twit loves to take out her glass eye and drop it in Mr. Twit’s beer.) “Twit” has lost its original punch, and now is used, rather sweetly, for someone who’s being silly.

McWhorter thinks we make too much of profanity. In our long evolution of what we accept, he thinks the real forbidden words today are slurs, such as the N-word or “f—-t,” which originally meant a bundle of sticks but morphed into an insult for homosexuals.

So what does this mean for us crime dogs? Well, as I said, I thought it was good for me to clean up my act. Any time I find myself typing a blue word, I stop and think: “Do I really need this here?” I think it’s up to each of us to find our own paths, based on our writing styles, the tone of our books and yes, our personal beliefs.

Your writing should never call undue attention to itself, I think. Sure, your protag or bad guy might be profane, and well-placed small doses of profanity can add verisimilitude to your story. But your goal is to create believable characters, not make your readers get their knickers in a twist.

I have good friends who cringe when I let out a modest “damn” because they are deeply religious and consider it blasphemous. I try to respect that. I have other friends who use the f-bomb in daily speech with complete abandon. I myself use it. I guess because, as Professor McWhorter notes, swearing sometimes just feels good. He says that’s the way our brains process language and studies have shown that when humans swear, the right side of our brains — the area associated with emotion and cathartic expression — lights up on imaging scans.

“Curse words are not words, in a sense,” McWhorter says. “They’re eruptions.”

So, before I leave and let you all weigh in on where you stand about eruptions in your writing, I give you one last thing. It is from Monty Python, who elevate irreverence to a high art. I love this skit. But then, I am such a twit…