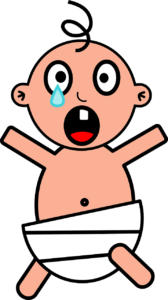 On the first page (preferably in the first paragraph or even first line) of a novel, I want to see a disturbance to a character’s ordinary world. It can be subtle, like a midnight knock on the door (The Pilot’s Wife by Anita Shreve). Or extreme, like a ticking bomb (Final Seconds by John Lutz and David August).

What I don’t want is “Happy People in Happy Land” (HPHL). I’ve seen a few of these openings in my time, mainly in domestic settings. The happy family getting ready for the day, etc. The author thinks: If I show these really nice people being really nice, the reader will care about them when the trouble starts.

But we don’t. We start to care about characters when trouble—or the hint of it—comes along, which is why, whenever I sign a copy of Conflict & Suspense, I always write, Make trouble!

Now, there are two ways to disturb HPHL in the opening. One is something happening that is not normal, as I mentioned above. It’s an “outside” disturbance, if you will.

But there’s another way, from the “inside.” You can give us a character’s ordinary day as it unfolds—while finding a way to mess it up.

That’s the strategy Michael Crichton uses in his 1994 novel, Disclosure (made into a movie with Michael Douglas and Demi Moore).

The plot centers around Tom Sanders, an mid-level executive at a thriving digital company in Seattle. He’s married to a successful lawyer named Susan. They live in a nice house on Bainbridge Island, with their four-year-old daughter and nine-month-old son.

As the book opens, we learn that Sanders expects this to be a good day. He’s sure he’s going to be promoted to head of his division, which will set him up for a windfall of millions after an expected merger and IPO. So it’s essential he get to the office on time.

Crichton is not going to let that happen. Here’s the first paragraph:

Tom Sanders never intended to be late for work on Monday, June 15. At 7:30 in the morning, he stepped into the shower at his home on Bainbridge Island. He knew he had to shave, dress, and leave the house in ten minutes if he was to make the 7:50 ferry and arrive at work by 8:30, in time to go over the remaining points with Stephanie Kaplan before they went into the meeting with the lawyers from Conley-White.

So Tom is in the shower when—

His wife, Susan, was calling from the bedroom. He ducked his head out of the spray.

She said something in reply, but he didn’t hear it. He stepped out, reaching for a towel. “What?”

His wife was an attorney who worked four days a week at a downtown firm.

So now he’s got to feed the kids? He hasn’t got time! But that’s life with two working parents, so he quickly begins to shave. Outside the bathroom, he hears his kids starting to cry because Mom can’t attend their every need. Crichton stretches out this sequence. Even something as innocuous as shaving can be tense when the kids are wailing.

Tom finally emerges from the bathroom, with only a towel around him, as he scoops up the kids to feed them.

Susan called after him: “Don’t forget Matt needs vitamins in his cereal. One dropperful. And don’t give him any more of the rice cereal, he spits it out. He likes wheat now.”

She went into the bathroom, slamming the door behind her.

His daughter looked at him with serious eyes. “Is this going to be one of those days, Daddy?”

He mixed the wheat cereal for Matt, and put it in front of his son. Then he set Eliza’s bowl on the table, poured in the Chex, glanced at her.

He poured the milk for her.

“No, Dad!” his daughter howled, bursting into tears. “I wanted to pour the milk!”

“Take it out— take the milk out—” She was shrieking, completely hysterical.
“I’m sorry, Lize, but this is—”

“I wanted to pour the milk!” She slid off her seat to the ground, where she lay kicking her heels on the floor. “Take it out, take the milk out!”

Every parent knows how true to life this is. A four-year old has definite ideas on their routine, and what they want to control!

He sat down at the table beside Matt to feed him. Matt stuck his hand in his cereal and smeared it across his eyes. He, too, began to cry.

Can’t you just picture this?

Sanders got a dish towel to wipe Matt’s face. He noticed that the kitchen clock now said five to eight. He thought that he’d better call the office, to warn them he would be late. But he’d have to quiet Eliza first: she was still on the floor, kicking and screaming about the milk.

“All right, Eliza, take it easy. Take it easy.” He got a fresh bowl, poured more cereal, and gave her the carton of milk to pour herself. “Here.”

She crossed her arms and pouted. “I don’t want it.”

“Eliza, you pour that milk this minute.”

Throughout the scene he’s looking at the clock, trying to gauge how late he will be. At the end of the chapter, Susan has finally come to Tom’s rescue, and says—

“I’ll take over now. You don’t want to be late. Isn’t today the big day? When they announce your promotion?”

“Call me as soon as you hear.”

“I will.” Sanders got up, cinched the towel around his waist, and headed upstairs to get dressed. There was always traffic before the 8:20 ferry. He would have to hurry to make it.

End of chapter. We want to read on. After what this guy’s been through just to get ready for work, we hope he’s day’s going to get better.

It’s not, of course. This is Michael Crichton. Things are about to get a whole lot worse for Mr. Tom Sanders.

This strategy will work whether you open in a home or office; in a car or on a boat; in a coffee house or Waffle House.

Just decide to be mean. Mess up your character’s day.

Do you have happy people at the beginning of your manuscript? What can you do on page one to make sure they don’t stay happy?