Did that get your attention? In my latest book, The Serpent and The Scorpion, lust plays a pivotal role. Lust for power that is. Set in 1912, the book takes place against a backdrop of an increasing arms race between England and Germany. England, determined to retain its naval superiority, is focusing on building the famous Dreadnaughts so Britannia really can rule the waves. One of the main characters in The Serpent and The Scorpion is an arms dealer – like the real Basil Zaharoff – one of the so called ‘merchants of death’ blamed for escalating tensions between the world superpowers at the time and fomenting war. Behind this is a lust for power of a more patriotic kind – the lust for maintaining the power of the British Empire at a time when she was beleaguered on many fronts.

The Serpent and The Scorpion starts in Egypt (occupied at the time by the British) amid growing unrest and increasing nationalism. Indeed the first murder, that of the wife of a wealthy Jewish financier, Katya Vilensky, is blamed on political extremists hell bent on destabilizing British power. Having researched both the nascent nationalist and feminist movements in Egypt I found it fascinating to juxtapose their struggles with that of the British suffragettes. By 1912 members of the Women’s Social and Political Union (WSPU) had ramped up their militancy, smashing windows and calling for further attacks on private property against those who opposed granting the vote to women. This is also the year of the great schism in the WSPU and many believe this was symptomatic of the Pankhursts’ (Specifically Emmeline and her daughter Christabel) lust to maintain absolute control and power over the union. So as you can see, lust is a powerful motivator in The Serpent and the Scorpion. 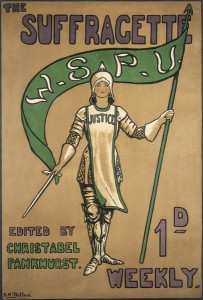 Ursula Marlow of course is hardly immune but she fights a different kind of lust – the kind that will cause scandal and notoriety. She is not one to conform to Edwardian standards of propriety and her refusal to marry, in her quest to be recognized as an independent businesswoman, unsettles and disturbs those around her (particularly the man who asked her to marry him!) And of course there’s the return of her ex-lover, Alexei who has returned to England from exile on the continent. A Bolshevik and supporter of Lenin, he has his own lust – not just for Ursula but for revolution.

Those who think history is boring need look no further than the real life characters whose lust for power define the Edwardian period to prove them wrong…and of course my fictional characters cannot help but take their cue from them. So who is your favorite historical person (and let’s keep this in the past boys and girls before we all get into hot water!) whose lust for power defines their time – though, come to think of it what period of history isn’t defined by someone’s lust for power?…