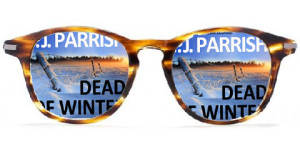 I am constantly losing my sunglasses. This is a big deal when you live in South Florida where people wear them even in winter. Double big deal for me because I need prescription lenses.
Plus I like looking cool, you know? And as any woman of a certain age can tell you, sunglasses are the way to go if you want to jazz up your look and can’t afford an eye job. (Stay with me here, you men out there, I am getting to what this has to do with writing, I promise).
But I lose my glasses. Have left them all over the world.  So when a girlfriend told me about this great online glasses maker Warby Parker I went to check them out. Nice shades! At prices I can afford! And I don’t have to go to LensCrafter at the mall!
Then, as I was reading about this new online company, I had an epiphany about -– wait for it! –- my ebooks.
Warby Parker is one of many new upstart online-only companies that are finding great success by bypassing the traditional retail model. Which is exactly what all of us writers are trying to do with our ebooks these days, right?

Brief background: The four geeky guys behind Warby Parker (the name is from two characters in a Jack Kerouac journal) were trying to figure out why designer glasses cost beaucoup bucks and discovered it’s because everyone in the process was taking a cut — designers, manufacturers, brands, wholesalers and retailers. So they eliminated the middlemen, lowered the prices and built their reputation and customer base via the internet.

Sound familiar? In the traditional publishing model, think of all the folks who get a cut before you the author does — agents, editors, designers, copy editors, bean-counters, printers, binders, warehouses, distributors. And that’s before we even get to the bookstores. This is why royalty rates for hardcovers usually range from 10 to 12.5 percent, with 15 percent for big authors. Paperback is even less. Everyone along the book line has their hand out.

Back to Warby Parker for a sec. They seem to be pretty inventive. On their site, you can upload a photo and do a virtual try-on. And they’ll send you five frames to try on at home free. Isn’t such agility also one of the hallmarks of good ebook authors today? Every author I know who is succeeding at ebooks is thinking outside the old marketing boxes.  We are packaging our books in boxed sets. We’re offering short stories and novellas. We’re being flexible with pricing and even — gasp! — giving our products away. (It’s called sampling in business and it’s been a successful practice since the 19th century.) How many of you have tried to get your traditional publishers to do some of this? Maybe drop the price of your backlist ebooks to help catapult your new book? Show of hands for those who succeeded? That’s what I thought…

So what about that epiphany? Well, the more I thought about it, the more I realized that it’s not an epiphany so much as an affirmation of something I already knew in the back of my brain. I am new to the ebook self-pubbing business. I’ve only put one backlist title out there, Dead of Winter, and one novella, Claw Back. I know I have a ton to learn and some catching up to to do. (I mean, I can’t even figure out GoodReads, for corn’s sake).

What I have figured out is that I need to be a better business person. Yeah, I am a writer first and the creation of the story will always be paramount. And I want to keep a foot in traditional publishing because I still believe there is a place for actual books you can hold and actual bookstores you can visit. (even the Warby Parker guys figured this out — they opened a couple boutiques because they realized people still want to touch things before they buy them.).

But my real epiphany is this — that if I don’t pay attention to Parrish Inc. no one will. I have to get rid of any illusions I still might have about some nice big paternalistic publisher being there to always watch over me.

I may need glasses, but I’m not blind.