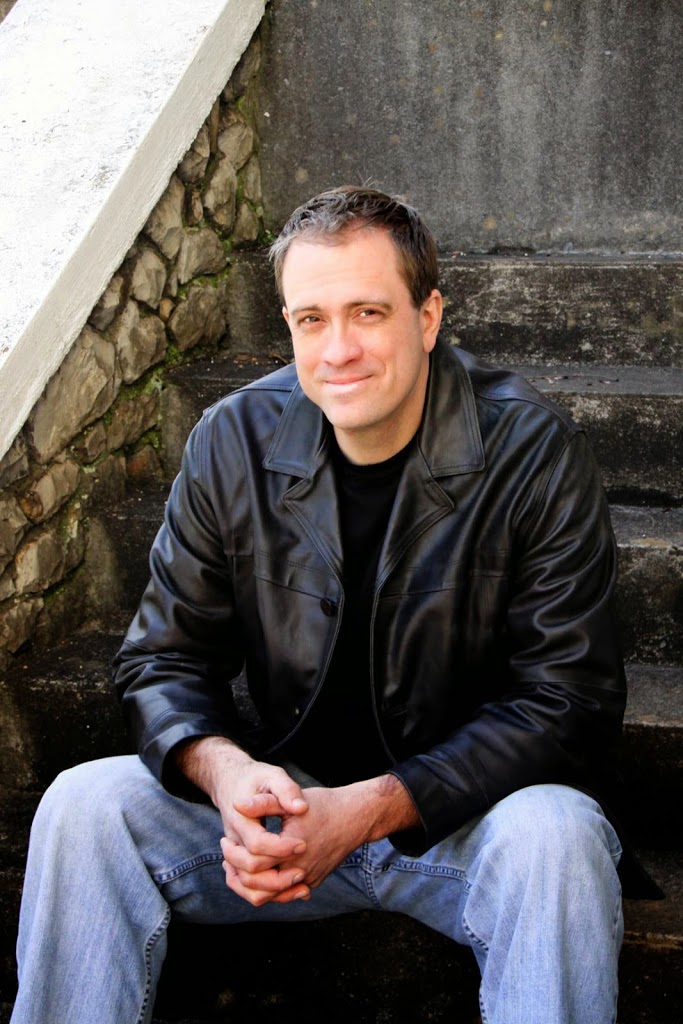 Note from Jodie: I’m pleased to welcome back bestselling author Steven James to TKZ, and am looking forward to presenting a workshop at Steven’s conference, Troubleshooting Your Novel, in Nashville on January 17.

Twelve years ago I had an idea for a series of mysteries featuring a one-armed detective. I attended a seminar by a well-known novelist who taught us to carefully and meticulously outline our fiction and then stick to the outline as we crafted our stories. In some cases he would write a forty-page long, single-spaced outline and then spend his actual novel-writing time pretty much filling in the blanks.

Well, I didn’t get very far in the one-armed detective project. In fact, it went absolutely nowhere. The process of outlining seemed daunting, not a whole lot of fun, and a very artificial way to approach an art form—sort of like telling an artist to use a paint-by-numbers approach.

I realized that in my heart of hearts I’m a storyteller, not an outline-maker.

If that’s you, here are a couple of secrets I’ve picked up over the course of writing ten novels without any outlines.

I’ve found that when I tell people to stop outlining their stories, I get strange looks as if writing organically is against some sort of “rule” of writing.

Well, in that case, I invite you to the rebellion.

Discarding your outline and uncovering your story word by word might be the best thing you can do for your fiction, just as it was for me.

Here’s how to get started.

Trust the fluidity of the process.

I love Stephen King’s analogy in his book On Writing where he compares stories to fossils that we, as storytellers, are uncovering. To plot out a story is to decide beforehand what kind of dinosaur it is, how big it should be, and so on. As King writes, “Plot is, I think, the good writer’s last resort, and the dullard’s first choice.”

His analogy helps me to stop thinking of a story as something I create as much as it is something I uncover by asking the right questions.

When people outline their stories, they’ll inevitably come up with ideas for scenes that they think are important to the plot, but the transitions between these scenes (in terms of the character’s motivation to move to another place or take a specific action) will often be weak.

The impetus to move the story to the next plot point is so strong that it can end up overriding the believability of the character’s choice in that moment of the story.

Read that last sentence again. It’s a key one.

Stated another way, the author imposes the plot onto the clay without letting it be shaped by the essential forces of believability, causality, and context.

You might have had this experience: you’re reading a novel and it feels like there’s an agenda to the story that isn’t dictated by the narrative events. This is a typical problem for people who outline their stories. Instead, listen to the story, and respond to where it takes you.

You can often tell that an author outlined or “plotted out” her story when you read a book and find yourself thinking things like,

◦ “But I thought she was shy? Why would she act like that?”

This happens when an author stops asking, “What would naturally happen next?” and starts asking, “What do I need to have happen to move this story toward the climax?”

The first question grows from the story itself, the second places artificial pressure on the story to do something that might not be causally or believably connected to the story events that just happened.

As soon as your character doesn’t act in a believable way, it’ll cause readers to ask, “Why doesn’t she just . . . ?” And as soon as that happens, they’re no longer emotionally present in the story.

As you learn to feel out the direction of the story by constantly asking yourself what would naturally happen next, based on the narrative forces that shape all stories, you’ll find your characters acting in more believable and honest ways and your story will flow more smoothly, contingently, and coherently.

Here’s one of the biggest problems with starting by writing an outline: You’ll be tempted to stick to it. You’ll get to a certain place and stop digging, even though there might be an awful lot of interesting dinosaur left to uncover.

Forget all that rubbish you’ve heard about staying on track and not following rabbit trails.

Yes, of course you should follow them. It’s inherent to the creative process. What you at first thought was just a rabbit trail leading nowhere in particular might take you to a breathtaking overlook that far eclipses everything you previously had in mind for your story.

If you’re going to come up with original stories, you’ll always brainstorm more scenes and write more words than you can use. This isn’t wasted effort; it’s part of the process. Every idea is a doorway to the next.

So, where to start? Put an intriguing character in a challenging situation and see how he responds. Sometimes he’ll surprise you in how he acts, or demand a bigger part in the story.

And sometimes a random character will appear out of nowhere and vie for a part in the story.

As J.R.R. Tolkien noted one time, “A new character has come on the scene (I am sure I did not invent him, I did not even want him, but there he came walking through the woods of Ithilien): Faramir, the brother of Boromir.”

For fans of The Lord of the Rings books, it’s a good thing Tolkien didn’t stick to some predetermined outline.

Where do ideas and characters like this come from? Tolkien’s contemporary and the author of The Chronicles of Narnia, C.S. Lewis, wrote, “I don’t believe anyone knows exactly how he ‘makes things up.’ Making up is a very mysterious thing. When you ‘have an idea’ could you tell anyone exactly how you thought of it?”

While the exact genesis of ideas will always be, as Lewis points out, somewhat mysterious and impossible to pin down, we can tip the scales in our favor when we remember, that they often come from the questions, attentiveness, observance and responsiveness of the artist, the author, the poet, or the musician.

Allow your characters the opportunity to flex and adapt and grow, revealing to you their quirks and inconsistencies, even as you push them to the limit to see how they respond. Then let the story shape them even while they shape the direction of the story.

The key is responding to the story as it unfolds, being honest, keeping it believable, letting the characters act and develop naturally, and following where the trail of the story takes you. Give yourself the freedom to explore the terrain of your tale.

Without serendipitous discoveries, your story runs the risk of feeling artificial and prepackaged.