I stumbled across this piece the other day in the LA Times, which dovetailed perfectly with a conversation a friend and I had recently about the pros and cons of getting your novel optioned. Several current NY Times bestselling writers were virtually undiscovered until their book was made into a film (Douglas Preston and Lincoln Child with THE RELIC come to mind. On a side note: great book, terrible movie).

For many authors the possibility of having their work made into a film, whether the end result is a masterpiece or not, is the dream goal. Because if nothing else, the amount of free advertising garnered by a film release exponentially outpaces what most of us receive from our publisher’s marketing departments.

Yet paradoxically, all too frequently a book that was a runaway bestseller on its own flops at the box office.
Why?

I can give a few examples. Let’s start with THE LOVELY BONES, hands down one of 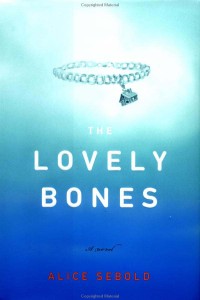 my favorite reads of the past several years. I thought the adroit manner with which Alice Sebold handled such a difficult storyline was absolutely astonishing. Having a murdered young girl watch her family deal with what happened from the vantage point of heaven could have been unbelievably trite, cliched, and painful to witness. Yet she was so skilled and deft with the story that it worked. It remains one of the only books I’ve ever read that moved me to tears.
When I heard that it was being made into a film, I recoiled. Even though the director was someone whose other work I loved. Because for me, this was a story that I’d experienced so viscerally on the page, nothing onscreen could match it. And so much of what Sebold accomplished had little to do with the actual story, and everything to do with the way in which she wrote it. 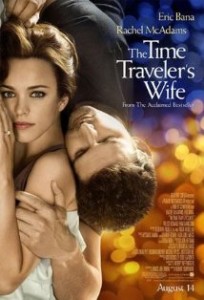 THE TIME TRAVELER’S WIFE is another example. Constructing a linear narrative via a plot that jumped back and forth through time, frequently showcasing different decades on the same page–that was simply astonishing. I became invested in the characters despite the fact that from the opening pages, I knew something terrible was going to happen. But did I want to see Eric Bana and Rachel McAdams as those characters? Not really. Again, they’re two actors whose work I generally enjoy. But it felt as though watching someone else’s interpretation of the book would taint a reading experience that was extremely cathartic for me.

The flip side of the coin is books that actually worked better onscreen. As I wrote in an earlier post, I was underwhelmed by THE GIRL WITH THE DRAGON TATTO 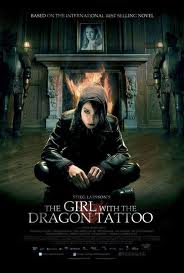 O. Interesting characters and one interesting plotline (out of two), but any positives for me were lost in what appeared to be an unedited manuscript.
The screenwriter did the smart thing by focusing on the main storyline, eliminating unnecessary details, characters, and red herrings, and condensing it all into something that I thoroughly enjoyed.
Granted, it’s rare, but those few times that a filmmaker manages to improve upon a book, the end result is remarkable (I still think that the cinematic ending of ABOUT A BOY was superior to Hornby’s original). One of the listservs I frequent is currently engaged in a heated debate about the casting for the film version of Evanovich’s ONE FOR THE MONEY. Is Katherine Heigl the right actor to portray Stephanie Plum? She’s not what I imagined for that character, but given her comedic flair, she might surprise me. And how about Angelina Jolie as Kay Scarpetta? Apparently so far Cromwell’s fans are voting 10-1 against the casting. But is the issue that they think she’s wrong for the role, or that they just can’t imagine any actor matching what their imagination conjured up for that character?

So which books would you never want to see on the big screen? And conversely, which movies do you think in the end produced a superior experience?