As many of you know, if I weren’t writing crime fiction my dream job would be movie reviewer. And while I love watching arty indie films in the comfort of my home, if I’m going to shell out nearly $100 (tickets, parking, sitter) I really want to see things explode. Preferably in space.

So summer releases are my guilty pleasure. I greedily devour all the pre-release press, watch the trailers online, and plan my weekends according to what will be showing. And invariably, some of the films I was eagerly anticipating prove horribly disappointing. But then, there are also always some surprises. Here then, in descending order, are the films I managed to see this summer. The top ones were my favorites, bottoms were just that- not even rent-worthy.

Wow, did they save the best for last. I deliberately avoided all reviews before going to see it this since there are always spoilers, so I was on the edge of

my seat for even the earliest plot twists. One of my friends argued that this wasn’t really a blockbuster, and in a way he’s right- this is a thinking person’s Sci-Fi film, with the capacity to provoke questions and debate for days. Discussions of human rights, apartheid (setting it in South Africa was genius) and balancing the needs of the individual over the interests of the population at large aren’t things I usually leave a blockbuster debating, and yet this time I did. On top of that, there were some knock-down drag-out action scenes (although at times, I could have used a little less handheld camera work) and the aliens were some of the best I’ve seen, creepily but believably “other.” See this one on the big screen if you can (but don’t bother bringing snacks. For the first time in recorded history, I was unable to finish my vat of popcorn. There were some extremely gross scenes).

If you had told me at summer’s outset that this would come in near the top of my list, I never would have believed you. I’m not much of a Star Trek fan, and the trailer looked silly. But I loved this film. It delivered everything a top notch blockbuster should: good action sequences, a solid plot, decent acting, and memorably cheesy lines. Bonus points for some of the best casting in Hollywood – even I got some of the inside jokes about the original characters. J.J. Abrams revitalized this tired franchise in the same way that Batman Begins and Casino Royale brought back Batman and Bond. Hopefully they’ll be able to keep it up in the next one.

Not nearly as funny as Borat, yet I still laughed more than at any other comedy this year. Paula Abdul, discussing how she “just doesn’t feel right unless she’s helping people” while sitting on a day laborer? Stage parents cheerfully agreeing to allow their kids to participate in a photo shoot at high speed, without a car seat, holding flaming objects while dressed as mini-Nazis? It’s all here, folks. The single-running joke ran out of steam for me before the film ended, however.

I actually had to look back through the release list to remind myself about this film, which pretty much sums it up. Not terrible, not great- forgettable. The acting was fine, the story seemed to drag, I found it difficult to care about the characters. But watchable. It was desperately trying to be THE UNTOUCHABLES, but didn’t even come close.

Remember how at the outset of the original Terminator film, there’s that ominous opening scene set in the future with cyborgs walking through the tattered remains of human civilization, and you thought, 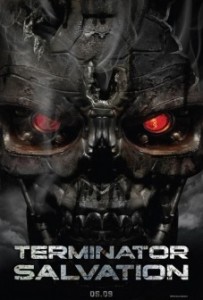 “Wow, I’d love to see an entire film set there!”

Well, this is that film. And somehow, they managed to make that future boring, despite hundred-foot tall robots and a CGI budget that could probably solve the world hunger problem.

While this wasn’t a terrible film, those of us who were hoping for another T2 to clear the lingering aftertaste of T3 from our mouths were let down. And casting Christian Bale as John Connor was a mistake- every time he came onscreen I wondered where the batmobile was. Stick to one blockbuster franchise at a time, Bale- and you were clearly already starring in the better one. The real star, surprisingly, was unknown Sam Worthington. He almost managed to save this film.

TRANSFORMERS: REVENGE OF THE FALLEN

I know, I know; what was I thinking? The first film was little more than a two hour car commercial, so how one earth did I end up trapped in a theater with the sequel?

Suffice it to say I was on vacation in a one-screen town, with free childcare, and this was all that was showing. And I thought to myself, “How bad could it be?”

The answer: breathtakingly horrible. This was a convoluted nightmare. I don’t expect much from a Michael Bay film, but this one really surprised me. How on earth did he manage to make a story based on a toy robot line so completely muddled and confusing? It was impossible to tell the “bad” transformers from the “good” ones, I had no idea what the leads were trying to do half the time (and the other half was devoted to attempting to figure out where they were). Worst film of the summer, possibly even the year.

Of course, this isn’t an exhaustive list (again, $100 to go to the cinema here in charming San Francisco). There are many I wanted to see but missed, including Up, The Taking of Pelham 123, Year One, Harry Potter…I’m hoping to catch a few before they vanish into the ether to await DVD release. But I’d love to hear which should be at the top of my list, and which I can wait a bit longer for.