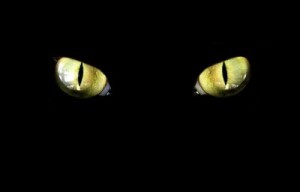 By Kathryn Lilley
I had to chuckle while reading Sunday’s post by PD Martin.
In the comments section, a reader confessed, “I do have to say that thriller writers scare me a little.”
She’s not alone in that sentiment.
At an MWA meeting a couple of months ago, a fellow mystery writer approached me. With a glimmer in his eyes, he asked me whether I’d read the books by one of our Kill Zone authors (And no, I won’t say which Killer he was asking about, or even if it was one of our guys or gals. Hah! You have to guess).

Sick. To a thriller writer, there’s no higher compliment.
By trade, we thriller authors write scary, gory tales. Our books are peopled with weird, unbalanced, downright messed-up characters. Twisted stuff happens. And when we do our jobs right, our readers might even assume that the writer is a tad strange. Suspect, even.
After reading enough of this dark matter, a reader might feel compelled to eventually ask: How do you think this warped sh*t up? And why do you?

As a writer, you have to be able to unleash your imagination to the extent that you give that kind of a chill. But in reality, all the thriller writers I know are gentle, kind souls. It’s only our writing that’s dark and strange.

Writers, have you ever gotten the vibe that someone thinks there’s something perhaps a bit off about you because you write about death, murder and mayhem?
And I’d be interested in knowing from readers: Is there anything you’ve ever read where you’ve thought, “Oh my God, there’s something scary about that writer”?
Oh and before I forget, I thought I’d add a postscript to PD’s post about body-dumping grounds.
PD had posited the question about what makes a good dumping ground.
I found a research article, “Detection of Body Dump Sites and Clandestine Burials: a GIS-Based Landscape Approach.”

Here are some of the tidbits it reveals about the art of body-dumping: 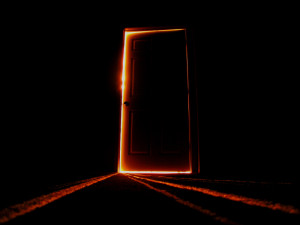 This is going to be a huge style shift from my previous work in serial cozies. So to get prepared, I’ve taken myself back to “writing school.”

Right now I’m reading T. Macdonald Skillman’s Writing the Thriller. Her book provides a good nuts-and-bolts overview of the craft of writing thrillers. I like the way Macdonald breaks thrillers down into the various subgenres. Here’s a sampling from her list:

MacDonald purposefully doesn’t include paranormal as a subgenre in her list. I don’t mean vampires or werewolves–those bore me. I’m thinking about paranormals like Dean Koontz’s The Followers. Those are the types of stories in which you’re not sure whether some of the characters are crazy, or whether something paranormal really is at work.

So after the day’s reading, here’s my take-away lesson:

In a suspense thriller, my main character might die.

In a series mystery like the Fat City Mysteries, you never worry too much about the main character. After all, Kate Gallagher is telling you her story in the first person. You know she’s alive to tell the tale, and she’ll have to survive to tell you the next one.
But in a thriller, the main character might actually die. I think this has to be the case. Consider for example The Lovely Bones. The fourteen-year-old victim in that story is dead before the story even starts.

Can you think of other suspense thrillers where you were really worried about the main character? As a writer, are you willing to actually kill your protagonist before the story ends? Is that going too far in a thriller?

How scared–and scary–do you have to be to write suspense versus mystery?