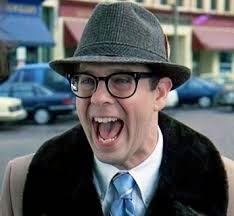 Seth Godin, whom many consider the premiere social media guru, uttered a word of caution to traditional book publishers at the recent Digital Book World conference:
The challenge we have is not all of your authors want to be good at social media. And not all of them have something to say when they’re not writing a book. Is the only way to sell books to dance faster than everyone else? I don’t think it is. … What we have to figure out is not merely does this author have 70,000 good words to say in a row, but do they have a following, can we help them get a following, are they the kind of person where a reader says, “I can’t wait for your next work.” (Quoted by Jane Friedman)
I was happy to see that, because it may be the one time I come out ahead of Godin. A few years ago I wrote about the limits of social media as a direct marketing tool. At the time I was also inveighing against the “platform pressure” many publishers put on new writers. (A nice account of that debate can be found here).
Then there is marketing expert Dan Blank of WeGrowMedia.com, who wrote a post last year about how he is changing toward social media. In short he wants “more social, less media.”
The prevailing wisdom has coalesced around the fact that social media is best for forming community, and only marginally effective for selling things like books. A good SMP (social media presence) certainly can help with a launch if (and this is crucial) you have established trust by consistently offering quality content to your followers.
On the other hand, abusing your SMP can render the whole thing a complete waste of time.
By the way, SMP in the UK stands for “statutory maternity pay.” But I digress.
What do I mean by abuse? I call it the Ned Reyerson Syndrome. You remember Ned, from the great comedy Groundhog Day. If you don’t, have a look at this clip and then come back. I’ll wait.
What has Ned done wrong? Count the ways! He demands attention. He exhibits lousy communication skills. He makes lame jokes. He thinks the whistling belly button trick is a matter of talent. Worst of all, without an invitation, he pushes his product into Bill Murray’s face, and keeps on doing it.
I like to do a little personal research on this issue every now and then. The way it happens is that I’ll come across an indie author I don’t know but who looks interesting. Most of the time it’s because of  a nice book cover that catches my eye. I’ll click to see if that author has other books, and what the general reviews and rankings are. Then I’ll check on his/her SMP.
Just this past week that happened. I noticed a really nice thriller cover from an author I hadn’t heard of. He had three other nice thriller covers. But his Amazon rankings were not good for any of the titles. He had a handful of reviews that averaged out to … average.
Now, I believe the books themselves always have the most to do with any of this. But there may be other reasons, too.
I checked this author’s SMP. And boy, did I find Ned Reyerson.
Not one of his tweets was content-filled or a real interaction with others. Every single one was some sort of sales pitch. There were different kinds: a deal kind, then a line from the book kind, followed by a book cover kind and an elevator pitch kind. These are all fine from time to time, but not as the sole output of your SMP.
Over on Facebook, more of the same.
This author is not only wasting his time, he’s hurting his prospects. He’s making everyone who follows him feel like Bill Murray in his eternal recurrence: Oh boy, here comes Ned Reyerson again! Do I have to live this moment over and over?
Remember the last time Murray sees Ned, he just punches him in the face.
Here’s the SMP lesson of the day: Don’t make people want to punch you in the face. Thus:
1. Be the kind of guest people want to have at their next party.
What kind of guest is that? One who brings something to a social gathering that people like. A content provider. A person who says things that bring a smile or a new thought or a helping hand.
2. Be patient.
Don’t run up to people and yell. Grow naturally.
3. Be real, but don’t be a boob.
Honestly, didn’t your mother teach you not to say the first thing that pops into your head?
“Better to remain silent and be thought a fool than to speak out and remove all doubt.” (Abraham Lincoln).
4. Go 90/10 on your socializing/selling ratio
It’s perfectly acceptable to announce a book, push a deal, remind folks about an older title. But make such things only about ten percent of your messaging. That’s my unofficial, anecdotal rule of thumb. Instead of pushing it on people, you could include links to all your old novels in your Instagram bio for example, although Instagram only allows for one link to be preset, you could still look at a link tree alternative, so you’re able to publish as many links as needed in your bio.
So what about you? What are your feelings and findings about social media here at the start of this new year? Have you run across any Ned Reyerson’s lately?