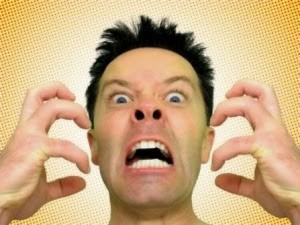 Now that the war between Amazon and Hachette has ended (at least temporarily), I’d like to mention another unsettling development that may be even more threatening to the future of publishing. I learned about it from a recent article in the New York Times, “E-book Mingles Love and Product Placement.” Go ahead and read it. I’ll wait.
Okay, if you don’t want to read the whole thing, I’ll give you a summary. An author named Hillary Carlip has written a novel titled Find Me I’m Yours, which was published by e-book publisher RosettaBooks earlier this month. According to the Times, the book is about a quirky young woman named Mags who’s searching for love. The plot sounds fairly conventional, but the e-book is linked to a whole series of websites and web TV shows that supposedly flesh out the story. I think that’s a pretty cool idea, actually — I’m all for experimentation and interactivity. But what’s not so cool is how Carlip got the money to pay for all those web extras. Cumberland Packing Corporation, the company that makes the artificial sweetener Sweet’N Low, invested a whopping $1.3 million in Find Me I’m Yours.
That’s a surprising number, right? Because novels, in general, are not great investment opportunities. I usually don’t get calls from venture capitalists begging to buy a piece of my latest manuscript. So why is Cumberland Packing so sweet on Carlip? Because her novel says nice things about Sweet’N Low, and in particular, defends the safety record of the artificial sweetener. Here’s a quote from the quirky Mags: “They fed lab rats twenty-five hundred packets of Sweet’N Low a day…And still the F.D.A. or E.P.A., or whatevs agency, couldn’t connect the dots from any kind of cancer in humans to my party in a packet.”
My favorite part of that quote is the “whatevs agency” bit. It’s like the author knew her main character was showing a suspiciously deep knowledge of food-safety testing, so she had to pull back a little. According to the Times, this kind of product placement was appealing to Cumberland Packing because it gave the company a new way to reach younger women and fight “latent myths” about the dangers of artificial sweeteners. The company even provided Carlip with the research statistics that Mags recites so dutifully in the novel.
I was utterly flabbergasted and outraged when I read about this. It’s so darn sneaky. When you read a novel you’re not expecting it be a commercial! I went on the Amazon page for Find Me I’m Yours and saw no mention of the Sweet’N Low connection (except in a couple of one-star reviews that don’t appear on the main page for the book). I’m sorry, but that’s just deceptive. There should be a big warning across the top of the page. Newspapers and magazines are required (by their trade associations, I believe) to clearly mark advertisements to distinguish them from editorial content, and I think booksellers and publishers should do the same.
You might argue that it’s not fair to force this requirement on the book industry, which shouldn’t have to operate under the same rules that govern the press. But readers get a lot of useful information from novels. I’ve learned a lot about handguns from Lee Child. Thanks to Leo Tolstoy, I know plenty about nineteenth-century Russian mores. I’m certainly not going to demand that fiction be factual, but if some corporation is going to push its products in a novel, at least be upfront about it.
Here’s one piece of information you won’t find in Find Me I’m Yours: researchers recently reported that artificial sweeteners can interfere with the body’s ability to regulate blood sugar, triggering changes that can lead to diabetes. One of the substances investigated in this study was — surprise! — saccharin, the sweetener in Sweet’N Low. You can read the full story here.
Stick that in your coffee, Mags.