Skip to primary content
Skip to secondary content
I was sitting contentedly at one of my branch offices (with the round green sign) when I overheard a curly-headed young man say, “The only way to learn how to write is to write!”
His female companion nodded with the reverential gaze of the weary pilgrim imbibing the grand secret of the universe from a wizened guru on a Himalayan summit. I dared not break the soporific spell. Even so, I was tempted to slide over and say, “And the only way to learn how to do brain surgery is to do brain surgery.”

I would have gone on to explain that it is too simplistic to say “writing makes you a better writer.” It might make you a better typist. But most writers want to produce prose that other people will actually buy. For that you need more than a clacking keyboard, as essential as that is to the career-minded writer. I’ve heard that some decide to look into having a custom research paper for sale made for them to have a specialized writing reference to help hone the structure of their prose. 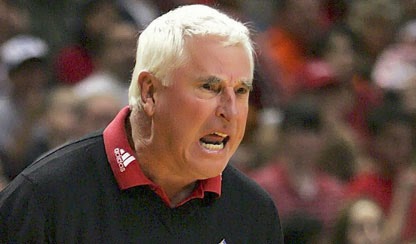 That’s so true. If what you ingrain in your muscle memory are bad habits, you are not moving toward competence in your sport. In point of fact, you’re hurting your chances of getting to be the best you can be.

When I was learning basketball, I made sure my shot was fundamentally sound: elbow in, hands properly placed, perfect spin on the ball. I became one of the great shooters of my generation (he says, humbly). That skill never left me. At my first Bouchercon I got in the pickup basketball game that S. J. Rozan put together. Nobody knew me yet, but as we were shooting around Reed Farrel Coleman saw my shot and said, “Wow. Look at that spin!” That was cool. (I should have said to Reed, “Look at that prose!”)

But I had spent countless hours refining my shot with the proper fundamentals. By way of contrast, I’d play against kids who had goofy, elbow-out, sidespin shots that had never been corrected. They were never a long-term threat.

So, let’s get a few things straight about getting better at this craft:

1. You learn to write by learning how to write

As a kid I’d check out basketball books from the library and study them. Then I’d practice what I studied on my driveway. I’d watch players like Jerry West and Rick Barry and observe their technique. Later on, I got coaching, and once went to John Wooden’s basketball camp. I played in endless pickup games, and afterward I’d think about how I played and what I could do to improve.

Writers learn their craft by reading novels and picking up techniques. Also by reading books on writing. Then they practice what they learn. They get coaching from editors and go to writers’ conferences. They write every day and after they write they think about how they wrote and what they can do to improve.

2. Creativity and craft go together

Every now and then some contrarian will say a writer should forget about “rules” and just write, man. That’s all you need to do! Rules only choke off your creativity. Burn all those Writer’s Digest books!

First, they use the word rules as if writing craft teachers (such as your humble correspondent) lay them out as law. But no one ever does that. We talk about the techniques that work because they have been proven to do so over and over again, in actual books that actually sell. And even if a technique is so rock solid someone calls it a rule, we always allow that rules can be broken if—and only if—you know why you’re breaking them and why doing so works better for your story.

What should be said by creativity mavens is this: creativity and the “wild mind” (Natalie Goldberg’s phrase) are the beginning but not the end of the whole creative enterprise. One of the skills the selling writer needs to develop is how to unleash the muse at the right time but then whip her material into shape for the greater needs of the story and the marketplace for that story.
That’s why structure is so important. Structure enables story to get through to readers, you know, the ones who dish out the lettuce. That’s why I call structure “translation software for your imagination.” I know many writers would love to be able to simply wear a beret, sit at Starbucks all day, and have whatever they write go out to the world and bring in abundant bank and critical accolades.

Not going to happen.

Meanwhile, more and more writers who have taken the time to study the craft are happily selling their books in this new, open marketplace we have.

To gain traction in this game, you would do well to consider the three Ps: passion, precision and productivity.

Passion.You find the kind of stories you are burning to tell. For me, it’s usually contemporary suspense. I love reading it, so that’s mostly what I write. But I also believe a writer can pick a genre and learnto love it. Like an arranged marriage. The key is to find some emotional investment in what you write (usually that happens by way of heavy investment in the characters you create). But that’s only the first step.

Precision.Eventually, the selling writers know precisely where the niche is for the books they write. They spend some time studying the market. That’s how all the pulp writers and freelancers of the past made a living. Dean Koontz at one time wanted to be a comic novelist like Joseph Heller. But when his war farce didn’t sell, he switched markets. He went all-in with thrillers. He’s done pretty well at this.

Productivity. Finally, selling writers produce the words. Even so, not everything will sell as hoped, but the words won’t be wasted. They will be making better writers, because they have studied the craft and keep on studying and never give up.

Therefore, writing friends, don’t be lulled into thinking all you have to do each day is traipse through the tulips of your fertile imaginings, fingers following along on the QWERTY tapper, recording every jot and tittle of your genius. That’s the fun part of writing, being totally wild and writing in the zone. The work part of writing is sweating over the material so it has the best chance to connect with readers. That is what makes you a better writer.