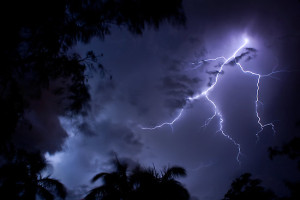 So I was inspired this week by the recent Bulwer-Lytton prize for bad writing, which went to the brutally mangled metaphor, “Cheryl’s mind turned like the vanes of a wind-powered turbine, chopping her sparrow-like thoughts into bloody pieces that fell onto a growing pile of forgotten memories.”

Wow. Tough to beat. But here’s my challenge: let’s try. American academic Sue Fondrie’s disturbing description of thoughts like mutilated sparrows has been declared the worst sentence of the year.
I think we can top it. This was the shortest sentence to ever win the prize, so extra points will be conferred for brevity.

I’ve certainly had some humdingers in my day, most of which were thankfully edited out of the finished product. But imagine what would transpire if you really let loose?

Some other examples, presented for your enjoyment:

Her face was a perfect oval, like a circle that had its two other sides gently compressed by a Thigh Master.

His thoughts tumbled in his head, making and breaking alliances like underpants in a dryer without Cling Free.

She caught your eye like one of those pointy hook latches that used to dangle from screen doors and would fly up whenever you banged the door open again.

The little boat gently drifted across the pond exactly the way a bowling ball wouldn’t.

Her hair glistened in the rain like nose hair after a sneeze.

Her eyes were like two brown circles with big black dots in the center.

He was as tall as a six-foot-three-inch tree.

And here’s my submission:

“He wept, and the tears fell like a thousand tiny lemmings leaping from the precipice into a black void.”

Do you have a truly awful metaphor lurking in the depths of your cranial cavity like a really bad thing hiding in a very dark place, yearning for the light of day? Have at it…similes are also welcome. 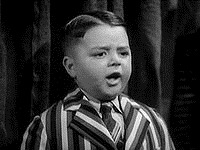 Today’s blog will make you laugh. So, you’ll forgive me for reposting an email I received from one of my California writing buddies. Since the content is writing-related, I believe the post is relevant. Besides, it’s so damned funny, I want you all to enjoy a laugh on this lovely Tuesday.

Listed below are actual analogies and metaphors written by high school students who had the great sense to entertain their teachers by submitting these fanciful descriptors in their essays. Enjoy!

The 2010 winners (and I dare say, future writers of America) wrote:

1. Her face was a perfect oval, like a circle that had its two sides gently compressed by a Thigh Master.

2. His thoughts tumbled in his head, making and breaking alliances like underpants in a dryer without Cling Free.

4. She grew on him like she was a colony of E. Coli, and he was room-temperature beef.

5. She had a deep, throaty, genuine laugh, like that sound a dog makes just before it throws  up.

9. The little boat gently drifted across the pond exactly the way a bowling ball wouldn’t.

11. From the attic  came an unearthly howl. The whole scene had an eerie, surreal  quality, like when you’re on vacation in another city and Jeopardy comes on at 7:00 p.m. instead of 7:30.

12. Her hair glistened in the rain like a nose hair after a sneeze.

13. Long separated by cruel fate, the star-crossed lovers raced across the grassy field  toward each other like two freight trains, one having left Cleveland at 6:36 p.m. traveling at 55 mph, the other from Topeka at 4:19 p.m. at a speed of 35 mph.

14. They lived in a typical suburban neighborhood with picket fences that resembled Nancy Kerrigan’s teeth.

15. John and Mary had never met.  They were like two hummingbirds who had also never met.

16. He fell for her like his heart was a mob informant, and she was the East River.

17.  Even in his last years, Granddad had a mind like a steel trap, only one that had been left out so long, it had rusted  shut.

20. The young fighter had a hungry look, the kind you get from not eating for a while.

21. He was as  lame as a duck.  Not the metaphorical lame duck, either, but a real  duck that was actually lame, maybe from stepping on a land mine or something.

22. The ballerina rose gracefully en pointe and extended one slender leg behind her, like a dog at a fire hydrant.

23. It was an American tradition, like fathers chasing kids around with power tools.

24. He was deeply in love.  When she spoke, he thought he heard bells, as if she were a garbage truck backing up.

I know. Get their names. We have agents waiting! When you stop laughing, please feel free to add your own analogy or metaphor.  Here’s mine:

He tickled her with hands like a gangster, making it hurt to laugh, so she punched him.