I’m hosting a panel at an upcoming conference on Romantic Elements in F&SF: The Male Perspective. What does this mean? The conference coordinator has in mind a talk on how men and women each approach romantic male characters.

I can tell you my response as a woman writer. In romance fiction, we use two viewpoints, male and female. We are aware that males think differently than females but we also want our romance heroes to be sensitive guys. So while he may start out noticing the heroine’s physical attributes, he also has to be attracted to her on a deeper level.

Since men aren’t always as well connected with their emotions as women, he won’t recognize this deeper attraction yet. And even when he does acknowledge his feelings for her, he may not be able to speak them aloud.

As a romance hero, there has to be an inner torment or conflict that keeps him from making a commitment. He has to come to some revelation and change his attitude by the end of the book. The female lead goes through her own emotional journey. Whether the setting is in outer space, a futuristic time period, modern day, or the past, these defining characteristics remain as genre conventions.

From the male writer’s viewpoint, how does your hero behave toward an attractive woman? Do you bring his emotional responses into play or does he just focus on how he’s hot to get her into his bed?

Love scenes, in both hero and heroine’s viewpoints, are written by female writers (excluding the erotica genre) more on an emotional level than a clinical act. Here’s where I expect a divergence from the male writer. Is your focus different? How about the aftermath of sex? Does your hero reflect on what it meant to him or does he jump into the next action scene?

Does gender as well as genre make a difference? For example, in thrillers and perhaps also urban fantasy, the characters have less time to reflect on emotional issues. How does the writer deal with the action hero’s romantic relationship in this case?

Do you feel a female writer has a different sensibility when writing male characters than a man?
Does your hero have a romantic relationship with anyone in particular?
Do his views regarding the female protagonist change through the story or the series?
How do you approach sex scenes: open or closed doors?
Is your hero an Alpha type (strong and stoic) or a Beta hero (sensitive, in touch with his feelings), or a bit of both?

How do you approach the male viewpoint in a romantic relationship? 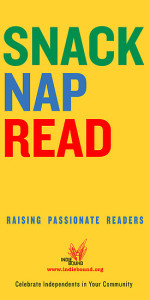 Okay, so Clare’s post about male versus female writing inspired me to put it to a vote–contest time! You vote whether the the authors of some writing snippets are male or female. You have to post a comment to win. The prize will be my favorite Indie Bookstore tee shirt:

If it’s a tie, the tee shirt goes to the first person to guess the most correctly. Everyone who posts will get a Kill Zone bookmark, if you send me your address! I’ll announce the winners next Tuesday. (Please–No spoilers if you know the author!)
#1
A warm Friday night in April, the air still and perfumed by lilacs.
Emily had to pee. I fingered her leash as she circled and sniffed the ground for whatever peculiar scent would tell her she had found the right spot.
Peter was on his way out the lane. He slowed his old Volvo and thrust his left arm through the open window in greeting. “Hi, Em,” he called.
I returned his wave and watched the wagon’s lights trail away. Emily cocked her ears as she squatted in the dust.
She would have preferred that we continue on for a walk but I was eager to get back inside, where my wife waited for me with chilled pepper vodka, a video-cassette, and a cozy spot on the couch.
#2
Captain Frank Bentille leaned against the door jamb and stared at them. Gray and black tweed pants and a gray shirt hung loosely on his gangly frame, making him look like a greyhound long retired from the track. The striped tie had a red spot from some recent meal. His close-set eyes were dwarfed by the dense brows that nearly met each other over his nose.
#3
The sound came at us like a prizefighter’s punch—a thundering, out-of-nowhere explosion tha shook the earth and nearly deafened us.
I stood frozen, unable to comprehend what had happened. A cloud of dust and debris suddenly billowed over the meadow as the echoes of the explosion continued to rattle and roar through the mountains, until soon the sound seemed to come from every side. There were other sounds too—screams and the quick crack of shots fired.

Mabel wanted to follow the sleepy kiss—even cupped Em’s tiny, pert breasts with the rosehip nipples—but she had business to take care of. Baby Emma was twenty but easily passed for ten or eleven. The girl-child seemed built of warm and creamy vanilla scoops, and the blond ringlets curling in a tangle around her face looked like thick caramel drippings. Mable touched her lips again, softly, not wanting to wake the young woman too quickly.
#5
The hair! It was fair, sun-bleached brown with shades of red, still showing a distinct ripply wave. Six swaths had been gathered at the crime scene and brought to the his laboratory. Kyle placed them on a windowsill, where, when he glanced up from his exceedingly close work with tweezers and bits of bone, he could see them clearly. The longest swath was seven inches. The victim had worn her hair long, to her shoulders. From time to time, Kyle reached out to touch it.

Gerald Kelley was as Irish as one could be and still live in Boston and not Dublin. His hair was reddish blond and thick and curly despite the fact that he was fifty-four years old. His face had a ruddy hue, almost as if he wore theatrical makeup, especially over the crests of his cheekbones.
Kelley’s most notable feature and by far the dominant aspect of his profile was his enormous paunch. Every night three bottles of stout contributed to its awe-inspiring dimensions. For the last few years it had been pointed out that when Kelley was vertical, his belt buckle was horizontal.
#7
So once I figured out I was in the trunk of a car, I remembered the blue Civic and from there it was a swift re-connect the dots to Jesse and Sam and the girl with the briefcase.
I also remembered that I had been shot, or thought I had. It obviously hadn’t been by a very good shot, since I was still around to worry about it, but it did seem fairly pressing that get some sort of medical attention. I felt like someone was digging a fork around my right side just below the arm pit and it hurt like hell if I took a deep breath.
Examine your own writing for male vs. female “traits”
While I was looking for excerpts to try to trip you all up, I found a site where you can enter your writing and find out whether your writing is more “male” or “female.” The site runs your writing through an algorithm of some sort to determine your score:
http://bookblog.net/gender/genie.php
I ran a section of my own writing through it, and my score was slightly more “male” than “female.” Who’d a thunk it? Try running your writing through it and let us know the results!