Thanks so much to everyone for helping The Kill Zone celebrate our one year anniversary with such enthusiasm! We’re looking forward to many more…

…And I won’t keep you waiting any longer. Here are the answers to last week’s “Liar’s Club” quiz:

1: What’s the most “outrageous truth” about yourself, one 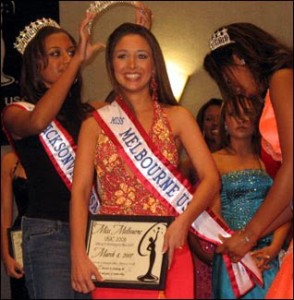 few people would ever guess?

Clare was lying. Although she was clearly a shoe-in for Miss Melbourne, she refused to take part in such a competition, mainly because of her extreme aversion to self-tanner.

2: What’s the most “outrageous truth” about yourself, one few people would ever guess?

John Ramsey Miller. Yes, this question was a bit flubbed with an erroneous date stamp. For the record, John does have a stalker, but she only pursued him to four cities out of eleven.

3: What’s the craziest/most dangerous thing you’ve ever done in the name of research?

I was lying. I mean, really, people- have you so little faith in me? Volunteering to be tasered? That requires a neglect for self-preservation that is truly rare to behold. Unless, of course, you happen to be Rick Sanchez.

4: What’s the worst line you’ve ever read in a review or rejection of your work?

James was lying. I recommend going back and reading all of those other brutal reviews if you ever receive a bad one yourself. We’ve all been there, clearly. There were even more that I didn’t use…

AND the winner is…drum roll puh-lease….

J.J. was the only reader to guess three out of four correctly, so bravo! Send me your mailing address off list, and I’ll make sure all of our latest releases make their way to your mailbox.

Because the truths piqued some interest, we’ve decided to elaborate a bit on the things that really have happened to us…

John Gilstrap and John Wayne: “Contrary to what you might read on IMDB, John Wayne’s last recorded performance was as guest star on 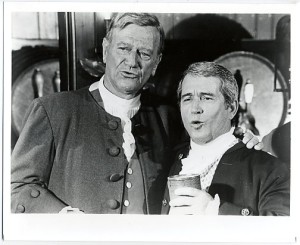 Perry Como’s 1978 Christmas special, “An Early American Christmas,” which was shot in Williamsburg, Virginia. I was a junior at the College of William and Mary at the time, and a member of the William and Mary Choir as well as the Botetourt Chamber Singers. To my knowledge, it’s one of only two performances in which Duke sings (part of a verse of “We Wish You A Merry Christmas”). Anyway, the William and Mary Choir is featured throughout the show, but there’s one scene in particular, shot in Chowning’s Tavern, where I’m on screen a lot. I’m the fit, good-looking guy with the luxurious long hair and beard (I haven’t changed a bit) wearing the white poofy shirt and red vest. For what it’s worth, Perry Como insisted that all the flagons be filled with real ale, so by the end of 8 or 10 takes, starting at six in the morning, we were all pretty looped.”

James, our very own nobleman: “My grandfather did a big family tree for us that takes us back through the first Duke of Wellington. I therefore have never suffered from a Napoleonic complex.”

Me and Maury: “I was invited to participate in a Maury Pauvich show focusing on the best bartenders in Manhattan. I didn’t realize until I arrived on set that they wanted me to lie down and have someone from the audience do jello shots off my stomach. I politely declined, and was promptly replaced. My fifteen minutes, therefore, turned out to be more like two.”

Kathryn stalks Ted Kennedy: “When I was a senior at Wellesley College, I worked as an intern for a very demanding Political Editor of a Boston TV station. My job was to maintain his schedule, attend meetings, and keep track of politicians. At one point he sent me off to Ted Kennedy’s house to see if he was there. The editor told me to make sure he was there, and so of course, I started creeping up the driveway, trying to see something. I think I heard a dog bark at one point, or maybe a cop car came by, so I dove into the bushes.”

Clare and the piranha-infested waters: “My husband and I traveled down the Orinoco River a few years ago – and our experiences there formed at least part of the idea for my first book, Consequences of Sin. After hours in a tiny boat in lashing rain we came to our ‘hotel’ perched on the banks of the Orinoco opposite the mission San Francisco. It was close to the delta and all around were hundreds of tributaries 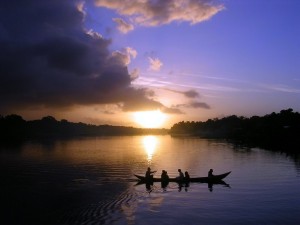 snaking their way through the dense jungle. One day we went out in the dugout canoes the local Indians (called Warao) use. At one point our lunatic guide grabbed a piranha from the water and opened its jaws with a pocket knife just to impress us. He then warned us not to trail our hands in the water or (for the guys I assume) pee in the river as there were also electric eels whose charge can apparently traveled quickly back up a stream of urine…(who knew?!)…When we visited shore we also managed to disturb some horrible waspy insect nest which caused even the local Warao guide to go running and when we returned to the canoes we were warned to watch out for jaguars…Not a bad adventure in the name of ‘research’ for a wuss like me. It inspired me to wonder about the early British explorers to the region who (undoubtedly) would have gone mad…”

John Gilstrap and the Big House: “When I was writing NATHAN’S RUN, I lived only a few miles from the now-defunct Lorton Reformatory in Lorton, Virginia. During the author photo shoot, the photographer thought it would be a good idea to use the prison as a backdrop. The place was surrounded by multiple ranks of razor wire-topped chain link fence. Just for grins, I thought I’d pose as if climbing the outermost fence, telling the photographer that it will be interesting to see how long it takes for guards to respond. Answer: Not long at all, and when they arrive, they’re not happy.” 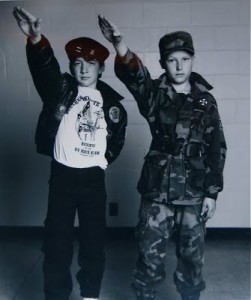 John Ramsey Miller and the KKK: If you missed John’s excellent post last week on his hate group photo exhibit, “What Evil Lurks,” check it out here.

James and Chuck pump iron: “A couple years ago I was hired to write a script for Chuck Norris’s company and worked on it at his California home, where he has a room of Total Gyms. I have one, so I asked him to show me his workout. He did. The man uses what he sells and is in absolutely amazing shape. Don’t ever doubt that. You would be wise to remember that there is no theory of evolution–only a list of creatures Chuck Norris has allowed to live.”

Kathryn and the best revenge: “That patronizing rejection came from an agent who’d insisted on an exclusive. I quickly got a much better agent, plus a publishing contract. Success is the best revenge!”