While watching the season finale of GIRLS, there was a moment at the end where I was seriously tempted to hurl something at the television. Because after all the advances women have made over the past fifty years, apparently for the younger generation of women showcased by the show, we’re pretty much back where we started. 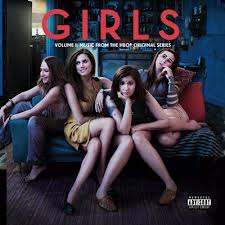 This episode concluded with a nod the classic, “An Officer and a Gentleman” scene where Richard Gere sweeps Debra Winger off her feet, literally. Now, I loved that movie–still do–but the underlying message at the end was that the only way for poor Paula to advance in life was to marry well. I’d hope that nearly thirty years later, we were past such tired tropes. But according to Lena Dunham, they hold true. Not only does her character get “saved” by a man (ironically, the same one that earlier in the season terrorized her), but her fellow castmembers all fall in line accordingly. One starts dating her ex-boyfriend again because he’s suddenly struck it rich. Another dumps her boyfriend for not being ambitious enough (as underlined in a scene where his boss explains that, “she wants you to make enough money to be able to keep buying her purses shaped like bread products.”) Even the “hippie” character Jessa takes a payout from the wealthy investment banker she was married to for a heartbeat.

Really? Is this what we’re selling to girls in their twenties? I understand that GIRLS is a fictionalized version of reality, but if this throwback mentality is being showcased ironically, it’s far from apparent. And over the course of the season, this “girls can’t do it” attitude has been emphasized time and again. Hannah finally scores a book deal, but suffers a breakdown over the stress and is unable to write it. Marnie is laid off, becomes a hostess (and paramour to an older artist), and decides to become a singer; but we only see her pursue that dream via an ill-advised attempt to humiliate her ex at his office. And Jessa simply takes off.

I’d like to think that this is not emblematic of a wider issue with the upcoming generation of women, but a recent conversation with a friend was very disheartening. She told me that her recently-divorced brother (a man in his forties) now only dates girls in their twenties; thirty is his cut-off point, because after that age they‘re focused on marriage. Plus, he’s discovered that girls in their twenties are extraordinarily eager to please. They have no problem with him calling last minute because another date cancelled. They text suggestive photos after the first date. In addition to the age limit, he also stops seeing them after five dates–and he claims that most of them don’t seem to expect anything more.

He’s an awful jerk, of course, and probably has a keen eye for girls with low self-esteem. But listening to her, I couldn’t help but think that the behavior she’s describing is precisely what Dunham has been showing us over the past two seasons. Her characters are not strong young women, struggling to forge their way in the world through that challenging post-college phase. They’re highly educated girls whose lives invariably revolve around men, and whose biggest aspirations appear to involve being supported by them.

Mind you, I’m not saying that finding a person to spend the rest of your life with isn’t a lofty ambition. And I also strongly believe that deciding to stay home and raise children is just as valid a choice as pursuing a career in the workplace. But the fact that this is what we’re seeing on television, at the same time that Sheryl Sandberg’s eye opening book “Lean In” is making waves, is telling. Mary Tyler Moore it ain’t.

I’d love to see a show aimed at this age group with strong female role models–and I’m hard pressed to name a single one. A show where the “girls” had some self-esteem, and respected their relationships with themselves and their friends as much as their romantic liasons. A show, basically, where it wasn’t all about finding the right boys. In television, where shows created, written, and run by women are finally becoming more prevalent, is this really the best we can do?