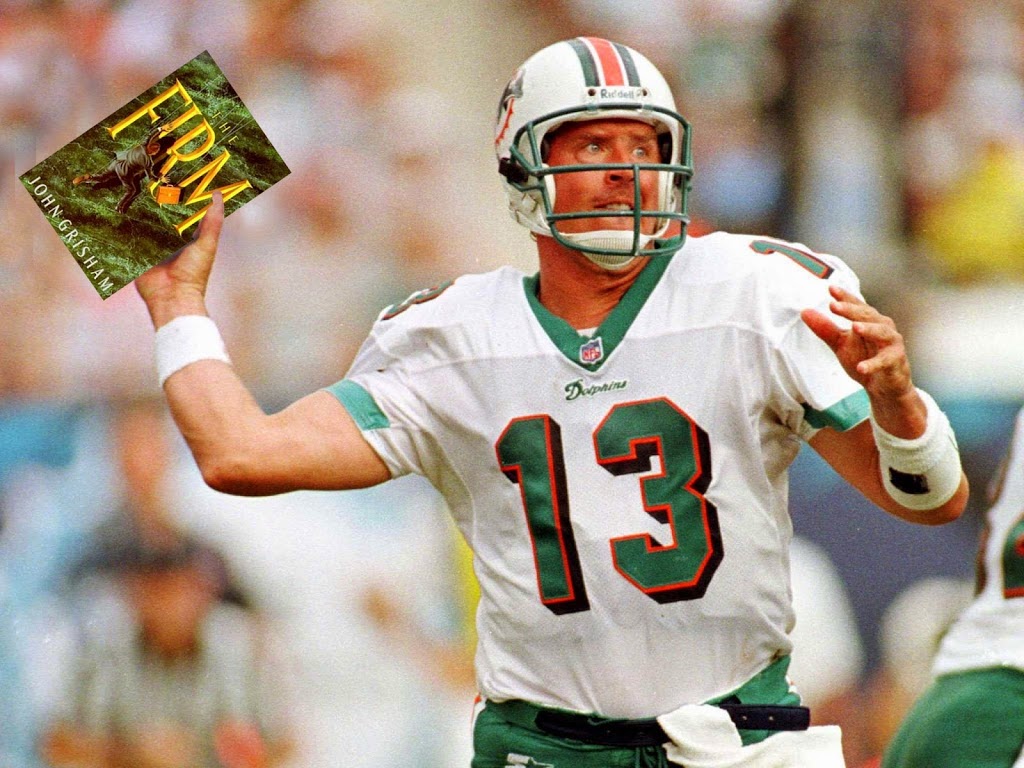 I was thinking yesterday how much two of my favorite icons — Dan Marino and John Grisham — have in common. Stay with me on this.

I love the NFL. From the start of training camp in July through Super Bowl Sunday in February, I am in hog heaven. And the fact that my Dolphins and my auxiliary team the Lions are doing well makes things even better. But when football season is over, like many NFL geeks I resort to a sad substitute, The Draft. I read the magazines, check out the websites and listen to the talking jock-heads on ESPN. Will Oregon QB Marcus Mariota go No. 1? Will the Jets take another QB flyer on controversial Seminole Jameis Winston? Will my Dolphins go for tackle La’El Collins to beef up their O line?

On a recent Sunday, after the games were over, I turned to the New York Times. There I read about Stephanie Danler. (That’s her at left). She is a young waitress in a upscale French bistro in the West Village. One day, while serving Random House vice president Peter Gethers his steak tartare, she talked him into reading her manuscript about a young waitress who works in an upscale New York bistro. Gethers, used to getting hit on after 30 years in publishing, deflected her with a polite “have your agent sent it to me.”

I bet you know where this plot is going.

Gethers was smitten after reading 10 pages and, to make a long story short (click here to read it), Danler’s novel Bittersweet was acquired by Knopf for “a pre-emptive high six-figure two book deal.”

Now you’d think that with all the challenges traditional publishing is facing these days, that Danler’s dream deal is rare. It’s not. There has been a string of debut novel big deals lately. Random House recently paid $2 million for 25-year-old debut novelist Emma Cline’s The Girls. St. Martins just picked up New York Times reporter Stephanie Clifford’s debut novel Everybody Rise for over $1 million. And first-timer Imbolo Mbue got a seven-figure deal with Random House for her book about a West African immigrant who works as a chauffeur for Lehmann Brothers.

Which leads me to wonder: Are Knopf and Random House making shaky bets on future prospects?

Which takes me back to Grisham and Marino. Both were overlooked in their drafts. But both took rejection and turned it into a positive. Both turned out to be huge assets for their bosses. Marino was taken by the Dolphins with the 27th pick. That means 26 teams took a pass on the guy who became the first rookie QB to go to a Super Bowl and is a first ballot Hall of Famer. Five teams chose QBs ahead of him. The Colts drafted John Elway knowing they couldn’t sign him. Kansas City took Todd Blackledge. Buffalo took Jim Kelly. New England took Tony Eason. The Jets took Ken O’Brien. 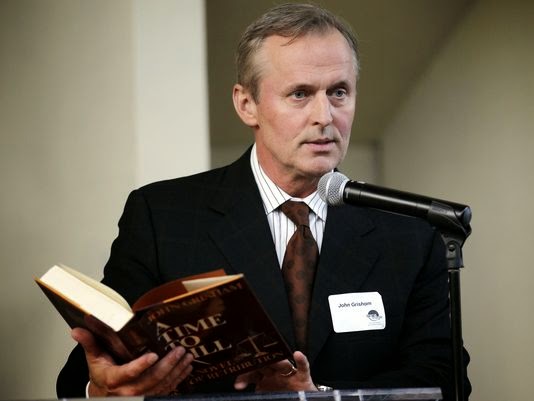 Now let’s look at John Grisham. He struggled to write his first book A Time To Kill while working fulltime as a lawyer. Grisham was turned down by thirty-some publishers. “Everybody said no,” he recalls. After a year of rejection, his agent sold A Time to Kill to the tiny Wynwood Press. The book sold 5,000 copies, most of them by Grisham hawking them from the trunk of his car. Wynwood went bankrupt leaving Grisham with no one to publish the second book he had been laboring on, The Firm. But then a bootlegged manuscript of The Firm surfaced in Hollywood, and as Grisham has explained: “Some guy ran 25 copies, said he was my agent, and sent them to all of the major production companies. He got nervous when they started making offers. At some point he called my agent in New York, and the rest is history. It was an unbelievably lucky break, and I had nothing to do with it.”

But like Marino, Grisham did go on to have a rather long and productive career.

Traditional publishing is a lot like the NFL draft. Every year, there is buzz, hype and great hopes surrounding a handful of hot prospects. Is what goes on in the booths of BEA so much different than the machinations in the war rooms of the NFL, where team owners place multi-million-dollar bets on unknown kids in cleats? Is a publisher dazzled by a pretty face and a “media platform” any different than a scout besotted by a 4.4 and a good Wonderlick score? And is an editor any better at predicting which writer will have a sophomore slump than a coach is at foretelling which rookie will blow out a knee?

Or how about Jonathan Littell? A couple years ago, Harper paid him a cool million for the rights to publish his first novel The Kindly Ones in the U.S. It was published in France first where it won prizes and sold well. But it’s 1,000 pages long, Michiko Kakutani hated it, and the book sold only 17,000 copies out of a 150,000 print run.

Then there’s Gordon Dahlquist. Bantam inked him to a $2 million two book deal but his debut thriller The Glass Books of the Dream Eaters sold only 22,000 copies of a 120,000 print run, earning the publisher about $851,500 back on its gamble.

Now, I am not suggesting that all big-buck debuts are bad. Two of my favorite books of all time were expensive debuts: Chad Harbach got $650,000 for The Art of Fielding. It was named a ten best books of the year by the New York Times, shortlisted for the Guardian first book prize, and almost made it to an HBO series. It sold 117,954 hardcover copies so it made back its advance. Another book I adore is Daniel Mason’s The Piano Tuner. He was 26 when he got $1.2 million advance for it. It was a bestseller and Werner Herzog optioned it for film.

But here’s the bottom line: According to Time Magazine 70 percent of novels do not earn back their advance, so the higher the advance the greater the sales expectations. And when a debut writer gets a huge deal and sales fall short, well, the writer is less likely to score a big second deal. I have a dear friend who found this out the hard way: She scored a seven-figure deal on her second contract and didn’t come close to earning out.  Her career never recovered. (Click here to read a good overview of the economics of book advances.)

Truth is, the people whose careers depend on drafting players and authors have no real idea how they’ll turn out, if they will be one-season wonders or if they’ll have a long and prolific career. Like my guys Marino and Grisham.

So will Stephanie Danler bring home the Lombardi for Knopf? Or will she just be this year’s Stephen Carter? I dunno, but if there were a fantasy league for writers, I’d be tempted to take a pass on this one and find a couple second-round gems with — as the sports cliche goes — a good upside. But what do I know?

And now, as my other favorite cultural icon Monty Python says, for something completely different:

Kelly and I got some great news Saturday morning. Our latest Louis Kincaid thriller HEART OF ICE won the Shamus Award for Best Paperback Original at Bouchercon. The award is given out by the Private Eye Writers of America and we are, to say the least, thrilled and honored. Especially since this book was Louis’s swan song as a PI.  Yup, he’s hanging up his gumshoes. (But returning in a new book with a badge again). What a great note to go out on.