Now that I have finally finished the third Ursula Marlow book, Unlikely Traitors, I’m turning my attention to a few ideas I have for a young adult novel and I need help! This is pretty much an entirely new area/market for me. I confess I’ve always been a sucker for children’s and YA books – I’ve devoured Harry Potter, guiltily polished off the Twilight series, relished the Luxe books and when it comes to TV and movies I have been known to have more than a passing interest in all things high school. I guess I just never grew up…so now I want to indulge my passion for history, mythology and mystery in the YA market – but where to start in terms of looking at the YA market? Here’s where I need some help.
My first question is the state of the YA mystery market…Is there even such a thing? It seems from my initial research that the YA market is dominated by paranormal and fantasy books. Even in the historical context what I’ve read has a decidedly paranormal bent – either that or it’s Gossip Girls for the 1900 set. So does anyone have any recommendations or insights into YA mysteries? Are there any that you would highly recommend? Is there even a market for YA mysteries anymore (most seem designed for a younger more middle grade or elementary school readership…)
The second question is – does history totally suck for most YA readers? This is another concern I have – that history equates with deadly dull – do you think that’s true? What about recommendations – any really cool historical YA books out there that I should check out?
Finally I have to wonder, am I actually thinking about a YA book or is it an adult book with a young protagonist??? At this stage it’s difficult for me to tell. I guess what I’m really wondering about is voice and which authors out there have a strong grasp of what I’d call the YA voice…Again any recommendations?
I’m at the research phase at the moment so any insight or recommendations you could provide would be greatly appreciated. It’s my first foray into the YA market but it feels right…Of course, writing the next Twilight series would definitely feel very, very, right…but at the moment I’ll settle for just gaining some insight into this market and (hopefully) writing the best book I can… 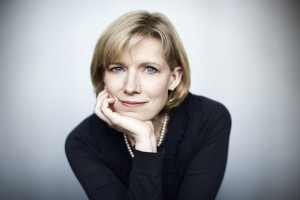 We’ve been graced with some extremely talented guest bloggers these past few Sundays, and today is no exception. I’m thrilled to introduce author Laura Benedict, whose debut ISABELLA MOON kept me up all night when I read it (and certain passages induced further insomnia the nights that followed). Her latest is CALLING MR. LONELY HEARTS, and based on the stellar reviews it’s also a must-read.

Without further ado…
I worry sometimes that I’m corrupting the nation’s youth. (Okay, maybe just a teeny-tiny portion of the nation’s youth. Perhaps nine or ten of the little darlings.) I worry that the line between adult and young adult fiction—particularly fiction with a supernatural bent—is so blurred that young readers are stumbling into material that they shouldn’t be exposed to. Back in the day (let’s not go too deeply into which day), the lines were pretty clear: Stephen King, Peter Straub, and Dean Koontz were all the rage with their edgy language and adult situations. Fourteen and fifteen year-olds could pick up the books without too much criticism, though they were hardly fodder for school libraries. Soon after, the brilliant R.L. Stine came along for the younger kiddies, and J.K. Rowling blew off the door to the (not too) dark side for eight and nine-year-olds. The kids who grew up reading Harry Potter, as well as their younger brothers and sisters, are now looking for more: more fantasy, more witchcraft, ghosts and vampires. They’re looking for escapist literature. 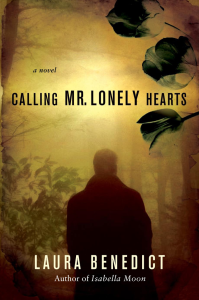 Many have found Stephanie Meyer and her Twilight series. My own teenage daughter adores these books. I haven’t taken the plunge. At sixteen, Pomegranate’s a fairly mature reader. She’s got a strong background in Ancient Greek and Ancient Roman literature, so she’s no stranger to edgy sexual and social relationships in fiction. She loves Shakespeare. I don’t worry too much when she reads, say, The Godfather or Hannibal because she seems to keep the violence and language in perspective—plus, we talk about what she’s reading.

A few days ago, I was signing books at my local Barnes and Noble when an eleven or twelve year-old girl picked up one of the paperback copies of my novel, Isabella Moon. Isabella Moon is a ghost story. The girl started reading the copy on the back of it, and when her mother came up to the table, the girl told her she wanted to buy it. I tensed.
Don’t get me wrong. I want to sell books. I just don’t want to sell books to children. I don’t write books for children. I write books for adults.
Both Isabella Moon and Calling Mr. Lonely Hearts are full of what one might euphemistically be called “adult situations.” Meaning lots of sex, buckets of violence and language that might not make a sailor blush, but will instantly bring a scowl to my mother’s face. There are vast numbers of adults who don’t like their books spiced with such things, and sometimes it’s hard to tell from a book’s cover what it might contain inside. (Sometimes clichés are spot-on.)

I’m certainly not casting any blame on J.K. Rowling and Stephanie Meyer. I celebrate them because their books have brought kids to the bookstores in droves. It’s their subject matter that muddles the situation. J.K. Rowling’s books—for the most part—have a Halloween kind of darkness to them. Like every good Disney protagonist, her hero is an orphan. He lives in a boarding school. He’s goofy, but kind of cool. My understanding of Stephanie Meyer’s vampires is that they’re edgy in a West Side Story kind of way. Strictly PG or, maybe, PG-13.
But true evil isn’t PG-13. I look at evil as something that can insinuate itself into a person and wreak emotional and spiritual havoc. I look at it as something that can overflow into life-shattering chaos. Its habits and proclivities can be seductive, but they can also be brutal, sexually-charged and terrifying. Evil is chaos. Evil is unpredictable. It’s never pretty—at least not for long. I explore evil through my own work, but, in the end, I know that my work—just like Rowling’s and Meyer’s—can only approximate true evil. Even so, I have to ask, "How much is too much?"

My daughter has read my books in manuscript form, though I must confess that they were lightly redacted versions. Several pages had large Post-Its placed over the titillating parts like pasties on an exotic dancer. (Yes, the last time I saw an exotic dancer was in an Ann Margaret movie!) I don’t know if she peeked. Perhaps she did. And that would be a shame-on-mommy kind of thing. But I know her. I know that if she has questions, or something freaks her out, I’m there to answer her honestly.

Unfortunately, I can’t be there for every thirteen or fourteen year-old who picks up my books. I can only hope their parents are around, paying attention.

I told the mother of the girl at Barnes & Noble that she might want to look at Isabella Moon before her daughter read it, that it contained some adult material, and was quite frightening. The mother appeared unconcerned, and even bought Calling Mr. Lonely Hearts for herself, bless her. Perhaps the daughter was a mature reader, just like my daughter. I’m skeptical, though. I gave them my card with my email address and asked them to email me with their thoughts about it.  Maybe it’s just the mother in me, worrying.

So, speaking as a mother, if you’re under seventeen, don’t buy my books!