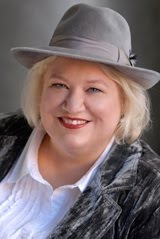 So I admit it. I’m old enough to remember the days before the Sony Walkman, let alone the iPod. The days before music and entertainment because so personalized, so catering to both whim and instant gratification, that you waited around listening for “Jack and Diane” to play on the FM station. It usually did, in between the Go-Gos and Pat Benatar.

Of course, the irony with all this personal cocooning is that people now have an even greater need to socialize and share … but instead of playing a boom box, you can post an iTunes play list or even pretend to be a DJ on Blip.FM.

And, of course, if you write books, you can share what you listen to through your writing.

Quick poll for authors—raise your hand if you’re influenced by music when you write. Do you listen while you type? Does it set the mood, the tone, the pace for your scene? Do you channel Bernard Herrmann’s score for Psycho for your serial killer segments and switch to Bach for your upbeat ending?

This is one way to use music, and I’ve heard other authors claim that they like writing with the volume up. Me, I’ve never been able to hear my words and Gershwin at the same time, so I don’t actually listen when I write. But to sort of set the stage, to get in the mood … that I can do. I’ve always been a fan of jazz and the Great American Songbook, an affinity that served me well with my latest novel.

Y’ see, listening is particularly helpful when you’re trying to lose yourself in time. Because City of Dragons is set in 1940, I immersed myself in a lot of music from the era—and had to be very careful to not access something anachronistic. I wanted to hear what 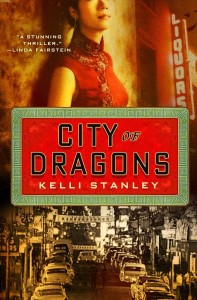 my characters did, and I was writing about a period in American culture when music was truly a mass medium of popular entertainment … and when our entertainment—thanks to radio drama—was more audio than visual.

The music was key to me feeling like I could capture the past. And then it became about character, too, about my protagonist reacting to that world, particularly the irony of achingly romantic big band swing juxtaposed to the atrocities of war.

So I found myself becoming immersed in the music, actually using it in the book. And I felt confident about being able to, since some writers I greatly admire—like George Pelecanos and Ken Bruen—reference music and lyrics in their works.

The rub, of course, is the permissions phase … something I didn’t know much about. But warning, all you Springsteen fans who want to include “The River” in your latest novel … the author is responsible for either acquiring permission or rewriting the scene.

In my case, I found out too late and had to rewrite certain scenes, retaining a line of lyric and hopefully the flow and rhythm and emotion of the original draft. But—like a DVD director’s cut—I was able to link up a City of Dragons playlist on my website, so that, whenever possible, you can listen to the music my characters do.

It’s a cool way of sharing not just what I like to listen to, but what became an intrinsic element of the book, and a kind of instant time machine back to February, 1940.

So … how do you respond to music in books? And what’s on your playlist today?

Kelli Stanley’s second novel, City of Dragons, has received starred reviews from Publishers Weekly, Library Journal and Booklist, is an RT Book Reviews Top Pick, and an Indie Next Book for February. Kelli’s debut novel, Nox Dormienda, won the Bruce Alexander Award and was nominated for a Macavity. She lives in San Francisco, and frequents old movie palaces, speakeasies and bookstores. You can find out more about her and her books at her website: http://www.kellistanley.com.