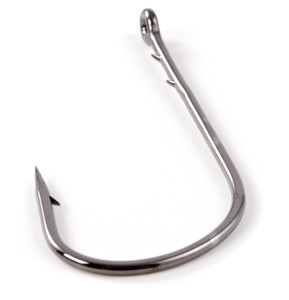 I coined the term DEFINING SCENE to describe a method I have used to introduce a main character in my books. This type of method is a technique used in the film industry. Picture Johnny Depp when he comes on the big screen for the first time in Pirates of the Caribbean. He doesn’t merely walk on and deliver lines. He makes a SPLASH. In an instant, the moviegoer knows this character by how he makes his first appearance.

You only get one shot at a reader’s first impression of your main characters. How do you set the stage?

1.) Devise a scene that gives your character a specific stage for them to perform—a showcase for them.

2.) Give them something to do that will show the reader who they are.

3.) Encompass as much of your character in this scene—in one shot—so the reader knows exactly what makes them tick, their values, their likes and dislikes, and lays a foundation for the rest of the book.

4.) Focus on CHARACTER. This is not necessarily about PLOT, unless you can devise a way that showcases your character and jumpstarts your plot, too.

5.) Build on the energy you’ve created with this introduction scene. If you put thought into this Defining Scene, the reader makes an investment in your character from that point forward.

I created a character in one of my first manuscripts that was my take on an anti-heroine who is a modern Scarlett O’Hara. At the first part of Gone with the Wind, Scarlett is self-centered and not very appealing as a classic heroine. But of course, we all know how her journey ended. To this day, she endeared the name of Scarlett to people around the world.

My character, Justine, starts out with a larceny on her mind while she’s dining with an older man in a fancy restaurant. Working as an acquisitions and mergers specialist for a major corporation, she is first seen blackmailing a man to steal his energy company out from under him. She’s ruthless and uses photos taken by a private investigator, shot while the man was with a young girl. To make matters worse, Justine has researched the man’s prenuptial agreement and knows that if he is proven unfaithful, he’d lose everything. Needless to say, Justine is not a traditional heroine, but I infuse other aspects into the scene to manipulate the reader into liking her—or maybe not hating her as much—by the end of her intro.

Below are key attributes I wrote into the scene to tip the scales in Justine’s favor with the reader.

A.) She is opposite a very shady man who is worse than she is. He cheats on his wife and has affairs with under-aged girls. He’s completely unscrupulous and even propositions Justine in the end. By comparison, she’s an angel.

B.) Within the body of the scene, the reader learns more about Justine. She has a past I hint at. She is sensitive to the plight of the underage girl she accuses him of having an affair with. I save her past for later, but a hint is all the reader needs. Not much back story is required. The hint teases the reader with a little mystery, too.

C.) Acting as a conspirator with Justine is a forthright young man, Graham, who is her assistant. The way I portray him is a really nice guy who cares for his boss, despite her bad behavior. This manipulates the reader into seeing Justine the way Graham does. If Graham comes across as credible and sweet, these qualities pass to Justine by association.

D.) And because Justine kept Graham in the dark on what she had planned, she’s seen as his protector. She may be able to live with her “any means to an end” choices, but she doesn’t force him to go along with her—for his sake.

E.) Justine comes off as vulnerable and sensitive, with an identifiable and self-deprecating humor readers can relate to. By the end of the scene, the things she values become more apparent. (I even considered having her take a doggie bag home for her pooch.)

F.) Justine may come across as a ruthless person at the start, but by the end, she is portrayed as a person who might champion a good cause, without a thought for money if it’s for a valid reason.

I could have simply brought my female character into the story as a ruthless acquisitions employee, getting her assignment from her boss and wanting to dazzle him. Her boss is a man who wants to steal an inheritance out from under a nephew he’s never met, who is living off the grid in Alaska. Her boss lies to Justine about why he wants her to locate this guy. She would have gone off to Alaska in search of the missing heir, an urban goddess out of her element in the wilderness. That would have worked too, but I wanted the reader to wonder about her scruples. I also wanted her vulnerability to show from the start. I needed the reader to keep an open mind about who she is. Plus what happens at the beginning also comes back to bite her in the end as a plot twist. Everything comes full circle for a reason.

It takes thought to plot this type of scene, but remember it’s the first scene for a major character. It’s as tough, or worse, than coming up with that ever important where to start the story detail. If you know your character, you will be able to construct a scene that will showcase their unique point of view.

Do you have special ways to introduce a main character as a writer? If you’re a reader, can you share favorite book characters where the author introduced them in a memorable way and why that stuck with you?