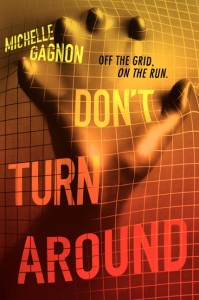 Figment.com has just announced a contest to celebrate the release of my YA debut DON’T TURN AROUND. In keeping with the theme of the book, they’re asking for a story about teen rebels with a cause, in 1,200 words or less. The winner will receive a 13 inch MacBook Pro (a computer that features prominently in the storyline, since it’s sort of a “Girl with the Dragon Tattoo for teens”), and a signed copy of the book.

I’m really excited about this (especially since, for a refreshing change, this time I won’t be the one paying for the grand prize!) However, I wonder…do giveaways really lead to more copies sold?

For my second book, BONEYARD, I held a Kindle contest. Anyone who signed up for my newsletter got their name thrown into the hat (mind you, this was for the Kindle 1, which as a brand spanking new device retailed for $450).
That was, to date, my bestselling novel.
But I was hesitant about repeating that particular contest-after all, signing up for my newsletter didn’t necessarily translate to purchasing the book; and many might simply unsubscribe as soon as the contest ended. (For the record, I didn’t experience an unusually high dip in subscribers in the aftermath). Plus, it was a lot of money to spend without a quantifiable return.

So for my third thriller, THE GATEKEEPER, I decided to take it up a notch. I offered a MacBook (paid for out of my own advance) to anyone who could answer two easy questions about the book.
I received a decent number of entries; certainly not as many as with the previous contest, but a respectable amount. To enter, a reader needed to provide the names of two specific characters, in response to a fairly simple question for anyone who had read the book.

But some people literally sent a full roster of every character in every single one of my novels. One woman emailed me directly twenty times over the course of a day, listing two characters at a time (a few of whom weren’t even from any of my books), asking repeatedly, “These two names? What about these two?”
When I gently pointed out that randomly throwing names at me wasn’t really keeping in the spirit of the contest, she got huffy and fired off a nasty email about how spoiled authors were, and how this was the only way she could get a new computer. Plus, she wasn’t a big reader in general, and found it unfair that she be asked to read something in order to enter a giveaway.

*Sigh. The entire experience ended up leaving a bad taste in my mouth (not to mention a dent in my wallet). So for my fourth book, I skipped contests entirely.

I had no idea that Figment was going to be running this contest until it posted; I love the idea behind it, though. Especially since Figment serves as a virtual writing community. And I’m terribly flattered that they’re offering such an amazing, generous prize.

But will it translate into sales? Hard to say. I know the old 50% marketing adage (half of what you do will work, but chances are you’ll never know which half). But it’s a source of perpetual frustration for every author–where do you concentrate your marketing time and money, especially now that there’s such a huge array of options? Hemingway never had to deal with Twitter (although I suspect he would have been fantastic at it, with his knack for sparse prose).

So what do you think? Has a giveaway ever persuaded you to purchase a novel you never would have picked up otherwise?