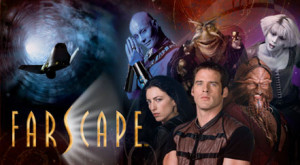 World building is a huge topic. I will only cover a fraction of it, but it’s a topic that’s been on my mind lately. Writing crime fiction thrillers, I mainly thought of world building as creating a setting that readers can relate to using all their senses. It can also be a world that can be its own obstacle for the characters I turn loose in it.

My brand slogan is “Take a front row seat to suspense,” which is a saying I felt related to the style of my “up close and personal” writing. But writing for the young adult thriller market has broadened my thoughts on world building. It’s stretched me. I’m working on a new YA proposal for a thriller series that will be set in the future, something I never thought I would do. Sci-Fi? Really? I’m faced with creating a world that doesn’t exist and I would imagine fantasy writers do this all the time. It truly amazes me, but now I’m testing myself too. I thrive on a challenge and this new idea has my juices flowing. I wanted to share my thoughts.

When developing a world that exists only in the future or in a paranormal fantasy realm, this is not the time to shy away from “over the top” thinking. The best tool in your author arsenal is actually a question – “What if…?”

1.) Take the familiar and give it a twist. A reader can more easily imagine the world you are trying to convey if you make them believe they have seen elements of this world before. Take known calamities, myths, or fairy tales and give them a new spin. Or use real hazards in our world and time—project them into the future with dire outcomes—and see how they might turn out. A dark Alice and Wonderland twist (Splintered by Anita Grace Howard, Jan 2013), for example. What if the world has taken a downward spiral from global warming or what if money is no longer a physical commodity? What replaces the power of money?

2.) Add a Heavy Dose of Human Nature. Basic human nature can transcend time and reality. Determine what matters most in the world you are trying to reinvent or create—and apply a human story at the crux of it all. That is good drama and readers will relate to a well told story with good solid conflict. A great example of a near future world is the ASHES trilogy by Ilsa Bick. A teenaged girl, dealing with a fatal brain tumor, must survive a post-apocalyptic nightmare alone.

3.) Take a look back to see ahead. If your world is in the near future, say in 2025, you might take a look back at the same span of years (13 years) to see how much has changed and in what areas. (Compare 1999 to now. What’s changed most?) Or if you are creating a fantasy world, man’s history or mythologies can give you ideas on what to bring into that world. What if there is civil unrest in your world? Who are the players and why? What if a magical mythical creature exists in your world? What would it be and what are its powers?

4.) Paint a world by highlighting the elements that enhance your story most. As an author you might know every aspect of the world you want to portray, but are these details important to your story? It can be tedious to demonstrate your world building skills at the expense of pace. Make your key elements conflict with your protagonist’s goals or become an obstacle to challenge them. Think of your setting and world as a character and place as much importance on setting up a solid framework where your characters can thrive. Your world may have to survive a series.

5.) Color Your World. Every world has its own dialect, slang, food, clothes, and customs. “Borrowing” from fables, myths, and history can be a starting point, but don’t be afraid to develop something on your own. Invent a few words that will play a prominent role in your new world or perhaps take a risk by combining a known world with a fantasy/paranormal one. A reader will feel grounded in the world you are creating, yet feel you are bringing something new to the table. A good example of this is the old Sci-Fi TV show FARSCAPE. A present day astronaut gets caught in a wormhole and transported to another universe where he is the only human. Remember the word, “Frak!” Yep, another four-letter word starting with F.

For the sake of discussion—by the year 2025—what do you think would change most? What would be cool to have? What bad things do you think are looming if we don’t change our ways? Will we still use real money? Are we headed for a global society, rather than individual countries? Exercise your writer brain and throw out anything that comes to mind. In brainstorming a new world, you need to cut loose, think over the top, and have fun.