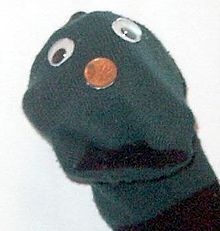 So I just emerged from my editing cave (my second draft of book 2 for the PERSEF0NE trilogy is done- whew) to some disturbing news. Digging through a backlog of emails, I came across a few from fans that were extremely troubling. Apparently these fans tried to submit reviews of my book on Amazon, and their reviews either a) never appeared, or b) were abruptly taken down.

Two of the fans send transcripts of the reviews, and they were standard (and positive, thankfully): nothing offensive at all in terms of content.

One of the fans took the time and trouble to write to Amazon, asking why his review was removed. He received this form letter reply:

I’m sorry for any previous concerns regarding your reviews on our site. We do not allow reviews on behalf of a person or company with a financial interest in the product or a directly competing product. This includes authors, artists, publishers, manufacturers, or third-party merchants selling the product.

We have removed your reviews as they are in violation of our guidelines.  We will not be able to go into further detail about our research.

I understand that you are upset, and I regret that we have not been able to address your concerns to your satisfaction. However, we will not be able to offer any additional insight or action on this matter.

Now, I’ve known this fan for years–he’s read (and reviewed!) all of my other books. And he has no financial stake in my work. He also doesn’t sell anything on Amazon, ever–never mind competing products (which would be what, exactly? Other books? Does this mean that I’m no longer allowed to review thrillers by my contemporaries?)

From there, it became even more disturbing. When the fan wrote back and pointed out that he’s never sold anything on Amazon, and doesn’t have any financial interest in my books, they sent another letter–and in this one, the powers that be declared that if he tried to contact them again about reposting, they would REMOVE MY BOOK FROM THE SITE.

That’s right, remove my book. Even though, had he not written, I wouldn’t have a clue that any of this was transpiring.

Needless to say, I found this very disturbing, particularly since it doesn’t appear to be an isolated case. After all, two other fans sent similar messages; and I can only wonder how many others had the same experience, but didn’t write to let me know.

All I can think is that this is some sort of misguided attempt by Amazon to try and remedy some of the abuses that came to light in the recent sock puppet debacle (and if you missed all that drama, here’s a link to catch you up). But if so, it’s overkill. These days, with fewer review outlets available to writers, those Amazon reviews can be worth their weight in gold. And on what basis is Amazon is deciding that some posts should be barred? It’s very disturbing.

Note: Clare was on sick duty yesterday, and I must piggyback on her excuse with my own today. A close family member had a stroke last week, and has just returned home  from the hospital. I’m helping him with his recovery, so I must beg off.

I’ll leave you all with a link to an interesting article in the New York Times. It describes the emerging trend of fake book reviews–positive reviews that are purchased for five bucks a pop. Here’s the link: 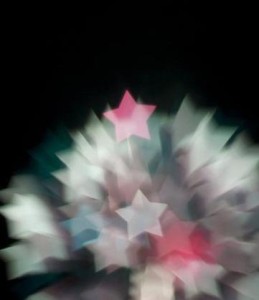 Just a few years ago, rave-only reviews were likely to come from the author’s friends and family. Now, it turns out, you can buy ’em by the bushel. The practice even extends to book blogs, where you can buy full-length, positive reviews.

Many people don’t pay attention to online reviews, but for those that do, do you think that this practice will devalue them? Have you run across any reviews you suspected weren’t “real”?

(My thanks to Patricia Smiley for bringing my attention to the NYT article.)