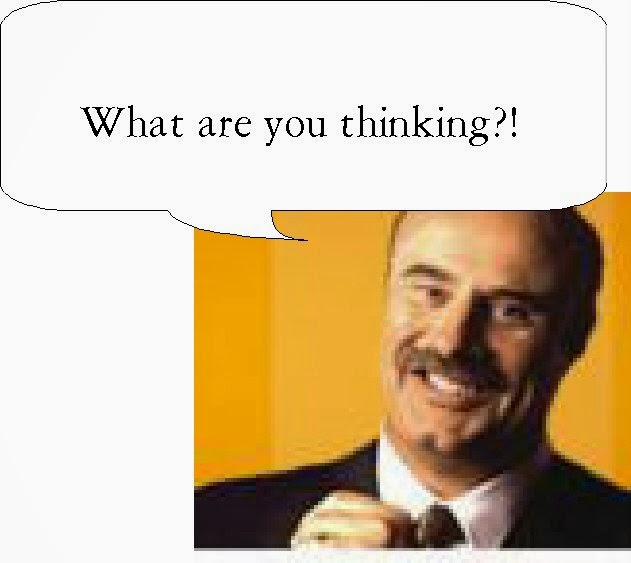 Way way back in the 1980s, when I was first starting out, I got asked by a local writers group to speak at their luncheon. The group had bagged some big-fish speakers in the past (I remember Les Standiford giving a particularly inspiring talk). But I guess they ran out of literary types so they asked me — a minnow of a romance writer at the time.

I gave a lot of thought to what I wanted to tell this group of as-yet unpubbed writers. I finally decided to focus on the marketing and business end of having your book published — the underbelly stuff like co-op advertising, how “bestseller” slots in drugstores were bought by publishers, how the New York Times bestseller list wasn’t really based on sales. I thought they needed to know what they were up against. (Remember, this was pre-Amazon days when if you self-published you were automatically assigned to the eleventh ring of hell).

Well, you’d thought I had brought a dog onto the podium and shot it there in front of them. During the Q&A, they turned on me like rabid bats, each one saying, in different words the same thing: We don’t need to hear this. We need encouragement. One guy actually stood up and said — I will never forget this — “If you are so bitter about writing, why do you even do it?”

Maybe things were different back in the 80s. Maybe writers could afford to be mushrooms — keep in the dark and fed a steady diet of manure. But not anymore. Today, if you want to survive, you have to be smart, tough and tenacious. All of you who are steady Kill Zone readers know this already. But sometimes we all — including me — need to hear it anew.

As the great western philosopher John Wayne once said: If you wanna be a pony soldier, you gotta act tough.

I still speak at alot of writers groups and on panels and such. And now that I am more battle-tested, I try hard to be kinder. But damn, if someone asks me for advice about getting published, I just can’t coddle him or her with empty platitudes and pat their hands. I believe every writer needs a Dr. Phil in their life. Someone who will tell you the truth about why your plot sucks, why your characters aren’t compelling and even why you should throw away your manuscript and start over. Someone who will read your stuff, stare you straight in the eye and say, “what WERE you thinking?”

So, as we start off into this fresh new year, let me be your Dr. Phil. Let’s start with The 15 Things You Should NEVER Do.

1. Don’t procrastinate. You must choose to write. That might mean giving up something else, like golf or sleep. Too bad. Don’t jump from idea to idea. Pick one and ride it to the end. Don’t let the first wind that blows through your life distract you. Don’t wait for inspiration to come. Inspiration comes only WHILE you’re writing. It’s so much more fun to HAVE WRITTEN a book than to actually write one. (believe me, I know…this is my worst sin.) Writing the actual book is hard. Deal with it.

2. Don’t talk your story away.  I am also guilty of this but not as much as I used to be. Writers love to yak about writing instead of actually doing it. I got this great idea about a cannibal serial killer, yada yada… Pretty soon all your yadas are used up and you can’t stand your book anymore. Talk is cheap…or in this case, costly. As Lawrence Block once said, don’t book Carnegie Hall if all you do is sing in the shower. Shut up and write.

3. Don’t try to hit a home run on your first at bat. Don’t sit down to write the Great American Novel or the next Chick Lit Bestseller. First you have a better chance of hitting the lottery than landing on the NYT’s list. Give yourself permission to write badly as you find your narrative legs. Don’t get hung up on the perfect beginning. That’s what rewriting is for. I am really struggling with this one right now because my WIP is a totally departure for me and I am sort of flailing in the dark and I think I am losing sight of the “fun” part of writing.

4. Don’t beat yourself up as you go along. Trying to craft the perfect sentence can create paralysis. If you keep going back over the stuff you’ve already written YOU WILL NEVER FINISH. Write a first draft THEN go back and rewrite. And get intimate with that delete key. It is your best friend.

5. Don’t lean on adjectives. Most of us know this mantra but it always bears repeating. Adjectives weaken writing, and a string of them is deadly. Don’t use crap like “tall dark and handsome.” Find one apt word. But the real strength in writing is found in verbs. You’re not Proust.

6. Don’t overcook your words. It’s so easy to slip into cliches and overworked words. Don’t say “white as snow.” It’s not yours. Neither is “thin as a rail, sick at heart, hard as a rock, overcome with grief.” Don’t make do with time-eroded words like “beautiful, wonderful, interesting, lovely.” Find your own words and voice. And for god’s sake, stay away from dialects. Few writers can pull it off without looking silly, y’all…. (I committed this sin in my first book).

7. Don’t over-punctuate. This is my pet peeve. Some writers use alot of exclamation marks, semi-colons and dashes. Maybe it’s because they LOOK so cool — active, even — on paper. But they are crutches to prop up weak action, poor narrative and badly organized thoughts. Worse, they are signposts demanding reactions from readers (Okay, reader, now here I want you to feel excited!) You can write a whole book with just periods, question marks, quotes and a couple commas. Try it! Make your words do the work!!!!

8. Don’t neglect your theme. Theme is WHY you are writing the book. Even genre novels — well, the best ones — have themes. Steinbeck said an author should be able to state his theme in one sentence. But don’t get didactic. Maybe your book is about a body found in the Everglades, but your theme is about environmental destruction. But if you get preachy, readers will turn off no matter how many bodies turn up in the sawgrass.

9. Don’t get personal. This is a big mistake beginners make. Save your self-expression for your journal or blog. What’s wrong with self-expression? It is general, boring, trite, sentimental. NO ONE CARES about your years operating a bar in Queens. But they might care about a Queens man who loses his bar in a poker game and then kills to get it back. NO ONE CARES about your war experience. But they might care about an army unit sent to rescue the last member of the Ryan family. The trick of good fiction is taking your personal experience and making it universal.

10. Don’t be dishonest. Great fiction is always honest. Which is not the same as personal. You don’t have to “write what you know.” But you have to be able to tap into your powers of empathy to “know” the characters and world you create. To write honestly is also to take emotional risks. We’ve all read books where the characters don’t move us. Usually it is because the writer was holding back, unwilling to spill some blood on the keyboard.

11. Don’t get seduced by research. First, it is a time-killer (See no. 1). Do your homework but don’t let it get in the way. It is easy to get blogged down in research and then you feel obligated to use it in the book. The result: James Michener book bloat.  Now sometimes, research can open new doors in your plot but be careful you don’t use stuff just because you worked so hard to find it.

12. Don’t obsess about trivial stuff.
Will a publisher steal my idea if I submit it?
Should I get Windows 9?
Do I need an agent?
What if they want me to change it?
Can I use White-Out on the manuscript?
Should I wait until I have better conditions at home to write?

You get the idea…
Answers:
No, if your book is good, they will buy it.
Work with what you already have.
Just write the damn book first.
They will…don’t sweat it.
You’re actually worried about this?
No. Poe was penniless and died in a sewer. He didn’t wait til he had the right desk lamp.

13. Don’t listen to your wife/husband/hairdresser/mother. Someday, when you are accepting the Edgar, you can thank all the folks who love you. But while you are trying to write, keep them at arms length. Sometimes, they can get inside your head in two disparate ways. First, they can criticize you and say you will never get published. Second, they can tell you everything you write is brilliant. Both are bad for you. Find feedback from someone who will be honest with you. (And yes, sometimes, that cold eye person IS someone who loves you!) But avoid writers group if all they do is sit around and bitch and moan about how its all a big conspiracy to keep them out.

14. Don’t be afraid to rewrite. The temptation is huge, after you type THE END, to ship that puppy out. Don’t. Let it bake in the thumb drive for at least a week, then go back and read it cold. The crap will jump out at you — huge gobs of smelly stuff. You must rewrite. As many times as it takes. The first draft is made with the heart. The second, fifth and tenth, are made with the head.

15. Don’t give up. Never up, never in. Not at the plate, no chance to hit. One of the main differences between the published and unpublished writer (besides talent — duh!) is that the latter packed it in. This is a cruel, difficult, god-awful business. There is no secret formula for what editors want. There is no big conspiracy to keep you out of the club. There are, however, overworked, badly paid people sitting behind desks in New York who are overwhelmed with manuscripts but are still willing to pay money for a well-told story. There are readers out there waiting to find a new author who has a great story to tell. The trick is to find them — through a combination of talent, craftsmanship, perseverance and luck. Especially luck.

This is Dr. Phil, signing off. Now get back to that computer before I come over there and cut off your fingers….