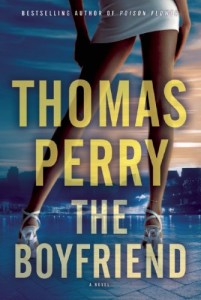 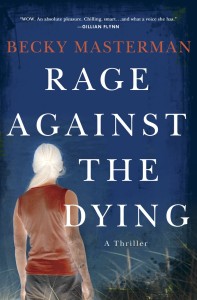 Who Is Reading What

It seems as if I’ve spent the last two weeks doing nothing but driving. That of course isn’t entirely true but for various reasons I’ve had to make two or three round trips into downtown each day for the last fortnight, and while it has been interesting in some ways it has been mind-numbingly boring in others. I don’t have any witty advice (even of the half variety) wry observations, or heartfelt descriptions, sappy or otherwise, of what has occurred recently, at least that I care to recount right now. Maybe next time.

So…I thought I would just cut to the chase and ask a question: what book are you currently reading? I’ll go first. I am reading two books, actually. One is THE BOYFRIEND by Thomas Perry. It may be his best work so far. It concerns a private investigator in pursuit of a man who is killing high-priced escorts of a certain type, though never more than one in any specific city. The other is an extremely sure-footed debut novel by Becky Masterman and which is titled RAGE AGAINST THE DYING. It is narrated by its protagonist, a fifty-nine year old ex- FBI agent named Brigid Quinn. The book will go on sale on March 12; read the first sentence in the book and you will want to read the rest. That first sentence does everything it is supposed to do and more: it draws you in, makes you curious, scares the hell out of you and leads to even better things.

That’s me. My wife is reading ONE DAY AT A TIME by Danielle Steel and  listening to another Steel book. MISERY by Stephen King is being read in fits and starts by my younger daughter (how in heaven’s name do you read MISERY in fits and starts? I read it once a year on a day which I set aside for that express purpose). My older son, for his part, is juggling a couple of John Sandford’s Lucas Davenport novels, as he works his way through the canon with the kind and occasional permission of my six year-old granddaughter, who in turn is reading an issue of Highlights for Children.

And you? And yours?