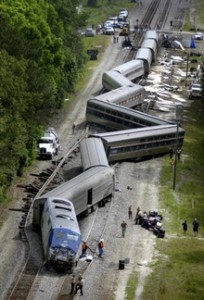 Unless you just got back from exploring the surface of Pluto, you have heard about the train wreck that is Charlie Sheen.
It started as a bit of industry gossip a couple of weeks ago. Sheen went on a radio show and started ranting about his producer in very unflattering terms. It got worse, to the point where the producer and CBS put a hold on their big hit show. Which means hundreds of millions of dollars in lost revenue. Which means this was getting serious.
The media was more than happy to put Sheen on the air, where his wild eyes and self-reflections (“I’m a total bitchin’ rock star from Mars”) evidenced a mind that desperately needed help. Even his X-rated inamorata described him as “a sad hot mess.”
California authorities apparently agreed, and stepped in to remove Sheen’s children from his presence.
Now, I like Charlie Sheen the actor. Very talented and appealing onscreen. My three favorite Sheen films: Wall Street, Terminal Velocity, The Arrival.
So at first I shook my head at Sheen’s unraveling, then I started to get a little ticked off at what he’d done to himself and others. Finally, sadness was added to the mix.
Yes, I know he’s responsible for what drugs he puts in his body, how he’s treated women, and so on. He is reaping what he has sown. Still, I can’t help feeling a little sorry for the guy.
Which brings me to the point of today’s post. When you write about train wrecks — people whose lives are a mess and who do things society generally frowns upon — you need to find your way to a compassion point. If you do, you’ll write much better fiction, because the emotions you create in the reader will be more complex.
This is especially important in the writing of “bad guys.” I make writing students answer this question about their villains: Why do I love this character?  I force them to get deep into the background and relate to the bad guy in a tough love kind of way. As if he were a family member you deeply understand and care about. Sort of the way Martin Sheen, Charlie’s dad, must feel right about now.
The least interesting bad guys are those who are pure evil, or just crazy. The ones who stay with readers will have different levels that give off a gray, rather than a black tone.
Dean Koontz put it this way: “The best villains are those that evoke pity and sometimes even genuine sympathy as well as terror. Think of the pathetic aspect of the Frankenstein monster. Think of the poor werewolf, hating what he becomes in the light of the full moon, but incapable of resisting the lycanthropic tides in his own cells.”
So, for an insatiable public, the Charlie Sheen saga continues. I hope he gets the help he needs and really cleans up this time, because his children need a father.
Which reminds me, I have a bad guy right now who needs a little more of my sympathy. I’m going to see what I can find out in his background that makes him do the things he does.
What about your bad guys? Do you love them?