I’m going to tell tales out of school today. About some of the dumbest mistakes I’ve made in trying to write. Some mistakes died sad deaths in my C-drives. Others got fixed before I made a fool of myself in print. Maybe my confession here will help keep you on the righteous path.

Digression alert: I love idioms. I love their silliness, their creativity, their origins, and the slivers of insight within them. As you’ve read here, I’m trying to bone up on my French via online Babbel courses and yesterday’s lesson was idioms. La fin des haricots (the end of the beans) means “Well, that’s over!” And if you want to say someone is knee-high to a grasshopper, it’s haut comme trois pommes. As high as three apples. To have a hangover is avoir la gueule de bois — to have a wooden face.

The tales I am going to tell out of school today all involve mistakes my sister Kelly and I made in our writing journey. Digression two: One of my favorite I Love Lucy episodes is “Lucy Writes A Novel.” She sends it off to a publisher, and he shows up with a check wanting to buy her book. But he wants to change the title to “Don’t Let This Happen To You!”

So pay attention, crime dogs. Don’t let any of these mistakes happen to you.

Introducing Too Many Characters Too Soon. 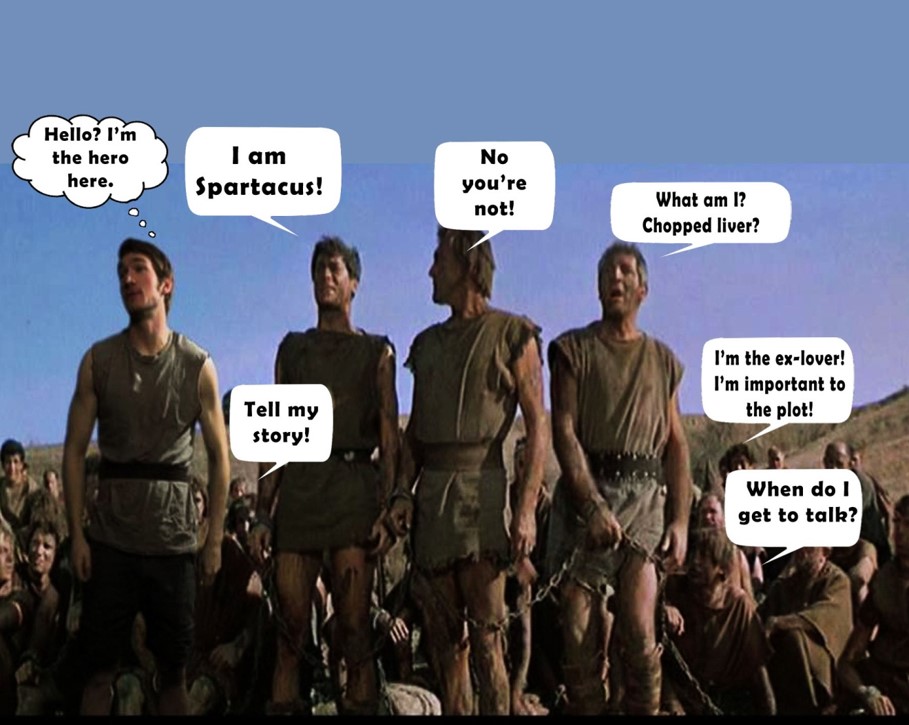 My sister’s first stab at a novel was a long historical family saga set in the Nevada casino world. She was working in the business back then and had tons of stories, great characters, and had boned up on her history of the birth of gambling. Her first chapter set-up was terrific — the offspring and four ex-wives of a rich patriarch (think Steve Wynn) are gathered at his gravesite at dawn as the lights of the Strip blink off in the distance.  Everyone there has a reason to hate the guy and an even better reason to kill him. Kelly’s mistake? She introduced every single one of the family members, giving each a name, thoughts, dialogue. I think I counted 32 characters in the first ten pages.

The lesson: Don’t flood your stage in the opening moments of act 1. It confuses the reader, makes them feel stupid, like they need a family tree. Give your reader a couple characters to digest at most. Please don’t make their names sound alike. And never wait too long to introduce your hero. From the get-go, readers search for characters to invest their emotions in, and you run the risk of them attaching to what I call a “false hero” if you’re not careful. 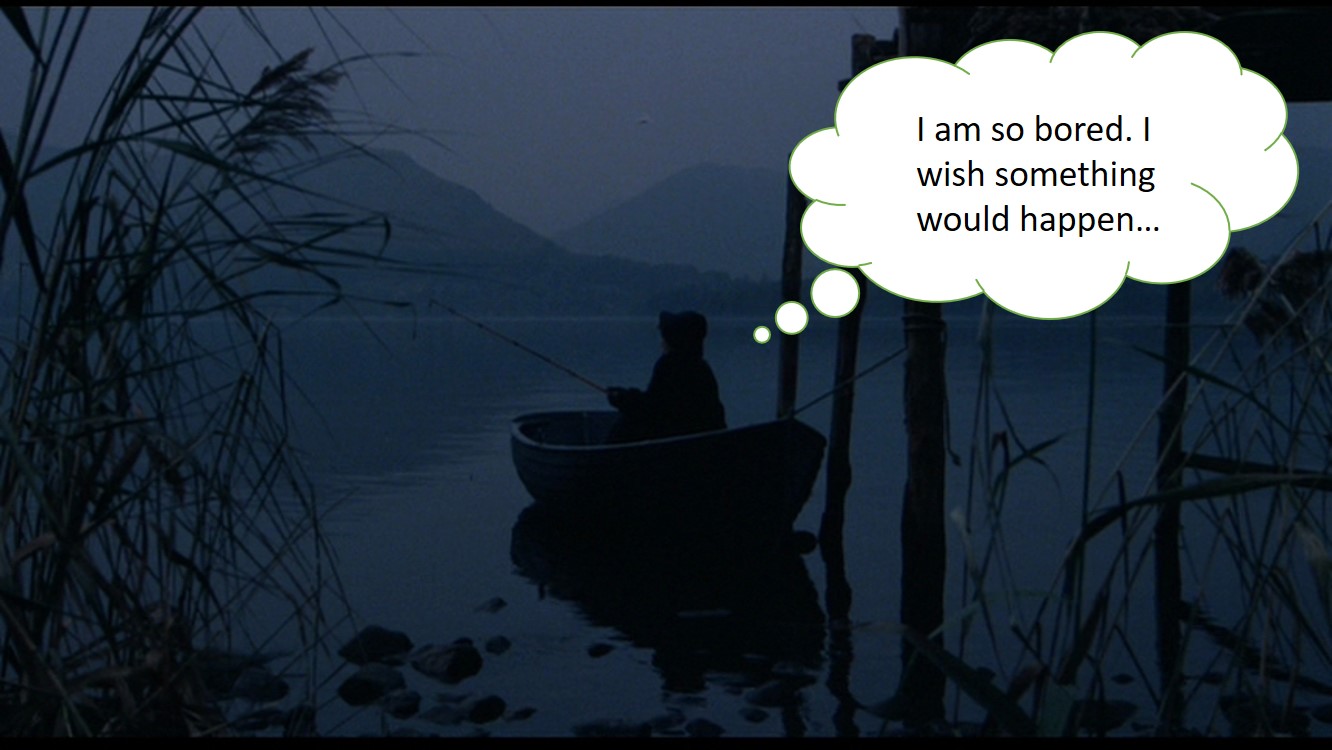 Flash back to 1989. Miami Vice is on TV and I’m trying to make the switch to mysteries after getting dropped as a romance writer. I had a terrific idea for a character — the lone woman detective working in the homicide division of the Miami PD. Lots of sexism, tokenism, testosterone poisoning. And to make her baggage even heavier, her husband and daughter died in a horrible boat crash in Biscayne Bay (that may have been a revenge murder for her busting a bad guy).  My first chapter opens with my heroine fishing at dusk in the Everglades. And she’s thinking. And remembering. And mourning. And thinking. And sighing. End of chapter. My agent, after reading it, told me to go home and read some Michael Connelly and PJ James.

The lesson? We belabor it here, especially James: Get your characters UP AND DOING in the opening moments. The thinking, remembering, musing, pondering, reflecting….save it for later. Please. I’m begging you. Something must happen. Action, then reaction. Oh, and don’t try to follow the zeitgeist — Miami Vice went off the air before I finished my first draft. 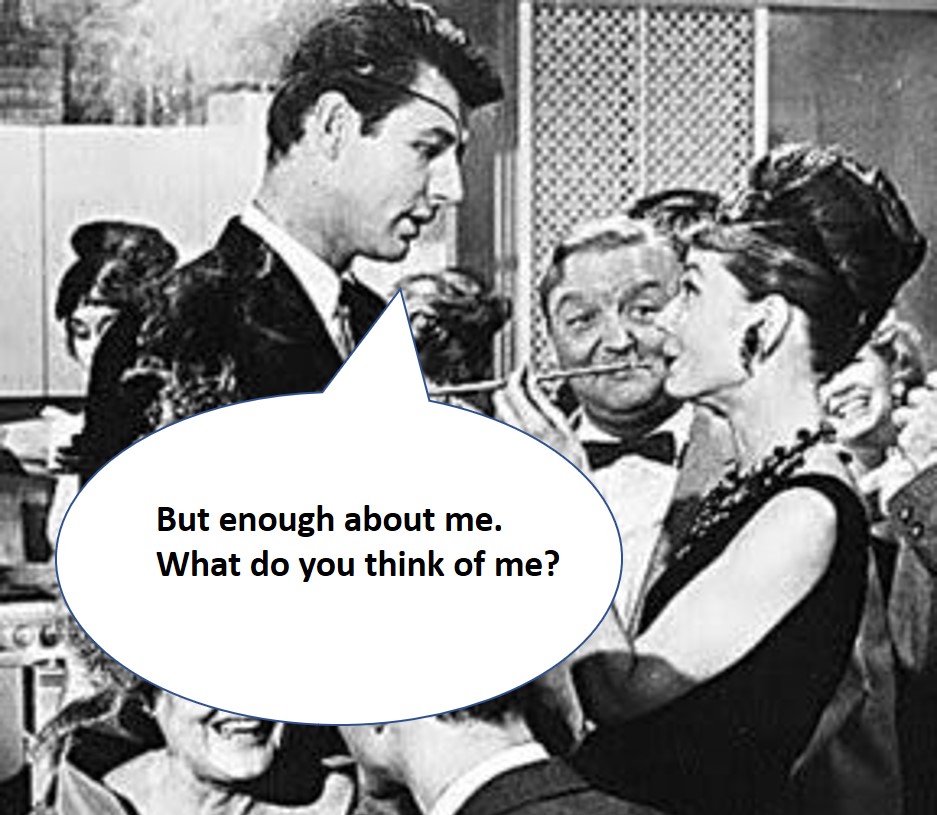 Back to the casino…Kelly and I wanted to take a break from our Louis Kincaid series and we had an idea for this crusty-but-lovable character named Bailey. (The crusty-but-lovable bit should have been our first warning.) She’s a housewife who falls into an amateur detective gig at a run-down Nevada casino owned by her crusty-but-lovable father. We had a pretty good opening graph:

It’s not easy starting your life over when people think you murdered your husband and got away with it. Especially in a place like Morning Sun, Iowa.

But then we got mired in backstory. This is what followed:

The folks in Morning Sun — there’s only about four hundred of them — don’t have much tolerance for weird people, especially a rattlebrained housewife who tries to bail out of her marriage after a couple of little marital “tiffs.”

But I was born and bred in Morning Sun, and on that Fourth of July when my husband Brad came at me with the Ginsu knife we had just bought off a late-night infomercial, I didn’t figure I had a lot of options.

The police believed I killed him on purpose. My neighbors believed the police. My relatives believed the neighbors. But fortunately for me, the jury didn’t believe any of them.

So I walked. Actually, I ran. Three thousand miles to be exact, all the way to Las Vegas. I had to get out of Morning Sun and I figured Las Vegas was a good place to reinvent myself. It’s the kind of town where everyone takes big chances. It’s the kind of place where dwelling on the past is about the only thing that’s really a sin.

Okay, it’s not horrible, but it wasn’t good enough to get published. Our publisher passed. Our agent shopped it around and everyone passed. This, after we had made the New York Times list with our regular series. Why? Because it’s all backstory, it’s all telling. And it goes on this way for almost the entire first chapter. Nothing is happening in the present. Bailey is telling us her past rather than letting it emerge organically as the plot — plot? Now there’s a concept! — begins to unfurl. We tried to rewrite and have something happen earlier — a showgirl eventually falls off the casino tower. But it was bogged down with backstory and thus fatally flawed. 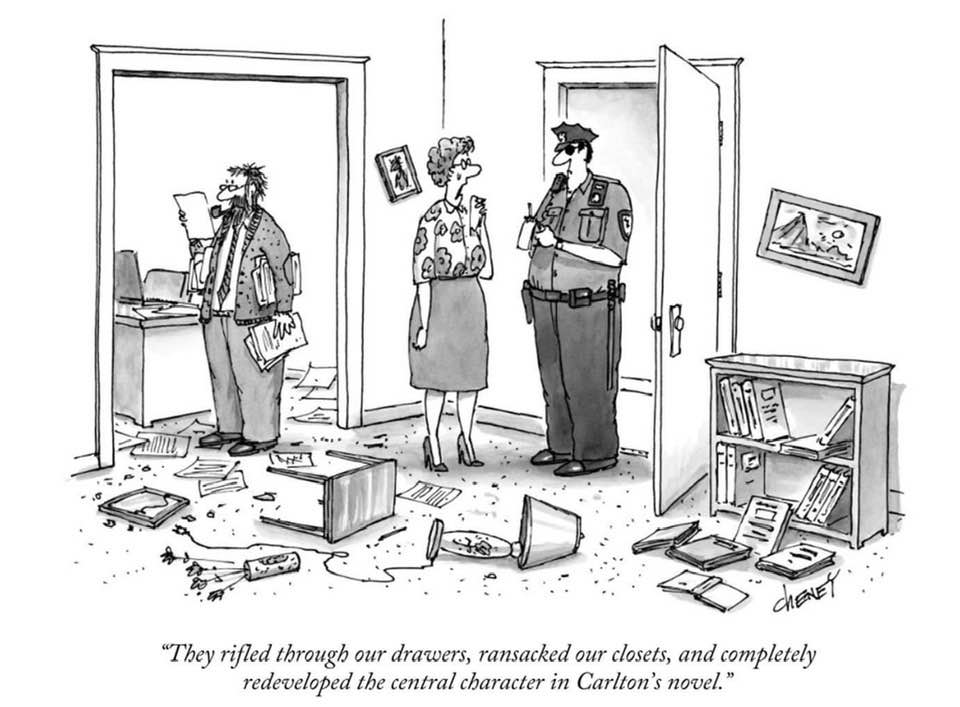 Don’t Take The Weapon Out Of Your Hero’s Hand

Thank God this mistake didn’t make it into print. And I owe it all to my sister’s blood lust. We’re racing to the finish line on our fourth Louis Kincaid mystery Thicker Than Water. We’re riding something of a wave because our second book got an Edgar nomination, and our third, Paint It Black was the one that got us on the Times list and got us nominated for the Shamus and Anthony. Thicker is what I call our “quiet” mystery, since it’s about a cold case and no one dies in the present. It’s heavy on character development, awash in nefarious lawyers and twisted family secrets. I treasure the review of it Ed Gorman gave us in Mystery Scene: “The quiet sadness that underpins it all really got to me, the way Ross Macdonald always does.”

So what was our mistake? In the climax, our hero Louis confronts the villain in a cemetery at the grave of the cold-case dead girl. Louis knows the guy killed her but can’t prove it. The guy, being a slimy but slick lawyer, knows Louis can’t prove it. In the first draft, Louis has to let him just…walk away.

Kelly wouldn’t sit for it. I still remember her words: “He’s has to DO something! Louis would never let him get away with this!” She was right, of course. I had taken the weapon out of Louis’s hands. There was no justice done, no circle closed. Yes, it was true to life, but it felt lifeless. We went back into the plot, rewrote the entire book, and finally figured out a twist that allowed Louis to nail the bad guy through some nifty legal machinations. But that still wasn’t enough for Kelly. Here’s how the conversation went when we got to that grave scene the second time:

“But he’s got the evidence on the guy now. The guy’s going to prison,” I said.

“I don’t care. I’m going to have Louis beat the sh– out of him first.”

And she did. We spent 300 pages building intense sympathy for a dead girl. The guy couldn’t walk away untouched. So Louis lost his temper and wailed on him. The scene gave an emotional catharsis that was missing.

The lesson: Never let your hero fall into passivity. You don’t have to do what we did, but always look for opportunities in your plot to make your protag sound clever, find a special clue, make a vital connection or, literally use the weapon. I’ve seen this flaw in many manuscripts I’ve critiqued wherein a writer allows a secondary character, usually a colorful sidekick, to outshine the hero. Yes, your hero needs to be human and make mistakes. But don’t ever let him or her be a bystander in your plot parade.

Postscript. I was originally going to call this Ten Mistakes That Will Doom Your Novel. I have enough material, believe me. I didn’t even get to my awful attempts at erotica. But I’ve flapped my gums enough for today. Good writing!

33 thoughts on “Four Mistakes That Will Doom
Your Mystery. They Did Mine”