In my police career, I’ve had cases using hypnotic memory enhancement. Several had successes. One was amazing.

I’m fascinated with the human mind. I think modern medicine and psychiatry are just beginning to understand the complexity of how our consciousness works. Hypnosis is a tool to assist in entering our subconscious and unlock the vault where memory is stored. Its magic is the ability to alter the subject’s state of consciousness which is what shamanism is all about. But, then, shamanism is for another discussion.

The best forensic hypnotherapist I’ve had the pleasure to work with is Dr. Lee Pulos of Vancouver, British Columbia, Canada. Here’s how Dr. Pulos explains it. 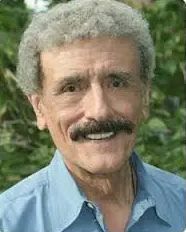 “Hypnosis is a natural state of consciousness that we drift in and out of quite regularly. For example, while driving along a highway and then suddenly discovering that you ‘lost’ several miles without being aware of it. This can also happen during reading when you may notice that you have ‘read’ a chapter or two without being mindful of the content. Hypnosis is basically a technique for focusing consciousness by entering a deep state of absorption. It allows you to shift from your outer to inner awareness and tap deeper levels of consciousness so we can re-educate and reprogram the subconscious with empowering suggestions or beliefs.”

The word hypnosis comes from the name of a Greek god Hypnos, who presided over sleep. In the late1700s, Anton Mesmer brought the technique into popular consciousness in Europe, and in 1843 Scottish physician James Braid coined the term hypnotism for the experience that was passing in many circles as animal magnetism.

Hypnosis places a person in a trance state that can resemble sleep. Instead, it’s an altered state of consciousness more akin to lucid dreams. Often, people in a trance are quite alert but focused in a way that differs from their normal conscious state. Contrary to popular notions, subjects aren’t out cold. They’re in a light trance and aware of everything going on.

I’ve seen a rough and tough biker-witness under hypnosis who was instructed to play “patty-cake” by clapping his hands on his knees. He couldn’t stop laughing at the fact that he couldn’t control his hands, though he seemed perfectly conscious in a way that ought to have enabled him to resist the instruction. His hands changed to patting his head and stomach at the hypnotist’s instruction. They looked at each other the whole time and even had a conversation with his hands patting about.

The trance-state, which has its own ebb and flow, is the result of a trusting and cooperative process between the subject and the hypnotist. It’s not one person controlling another, and there’s no way the hypnotist can make the subject do something they would not do while they’re in a normal state, such as an illegal or immoral act. 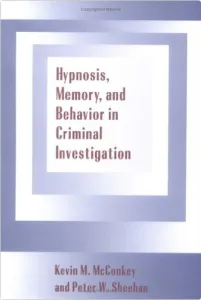 “Hypnosis,” says Kevin McConkey, President of the Australian Psychological Society and co-author of Hypnosis, Memory, and Behavior in Criminal Investigation, “is essentially a phenomenon that reflects genuinely experienced alterations of reality in response to suggestions administered by a hypnotist. The subject’s testimony is what confirms the trance, although susceptibility varies among individuals. Those who are highly suggestive will behave as if going through truly significant cognitive alterations.”

Forensic hypnosis involves concentration that is heightened to the point where one can recall details that seemed to elude that same person in a conscious state. It’s a powerful tool for criminal investigation, although some researchers challenge the notion that hypnosis leads to significant increases in memory.

There are two primary purposes for using forensic hypnosis.

Most common is inducing relaxation when anxiety and stress obstructs a witness’s ability to recall maximum information. The second is when information retrieval from witnesses can’t be acquired through conventional means.

Currently, no overriding judgment has been handed down regarding the admissibility of evidence achieved through forensic hypnosis, and the use of hypnotic evidence varies between jurisdictions. Adding to the reliability problem is that solid evidence can be devalued as a result of unprofessional circumstances in obtaining evidence through hypnosis.

I remember one judge rejecting evidence from a witness who had been subject to hypnotic recall stating, “There’s nothing more unreliable than an eyewitness, never mind one who is tainted by hocus-pocus.” One the other hand, I recall another judge being fascinated by the process and readily accepting witness evidence, particularly because the information obtained under hypnosis was corroborated by independent facts.

As in all types of evidence, the key is reliability.

To ensure solid forensic hypnosis used in criminal investigations is not devalued, it’s become standard and vital operating procedure that all hypnosis sessions are video/audio recorded and the session is witnessed by independent observers. To strengthen the case, the hypnosis must be performed by a trained forensic hypnotist.

Before a forensic hypnotist is allowed to begin a session, one very important condition must be met. The subject must be assured that during the hypnotic session no attempt shall be made to elicit any information that is not directly relevant to the investigation. In addition, the forensic hypnotist must also assure the subject that no information retrieved will lead to self-incrimination.

Critics of forensic hypnotism center their attacks on the accuracy and reliability of the evidence that’s obtained. The concern is that suggestion(s) implanted during hypnotism may create false memories using leading questions.

One thing that a forensic hypnotist cannot do, and is never called to do, is to help a suspect confess to a crime. Not only is this impossible, but any confession arrived at through hypnosis would never be admissible in court.

Here’s a true case I investigated where forensic hypnosis for memory enhancement led to a breakthrough in solving the crime. It was conducted by Dr. Lee Pulos. 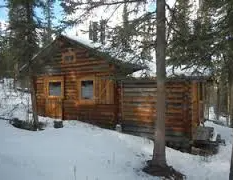 In wintery April, an elderly lady in her 70s was alone in her cabin on a remote gold claim in northern British Columbia. A masked man with a handgun appeared at her door, demanding she hand over her gold stash. She refused. He proceeded to blindfold and hog-tie her, then began torturing by burning her hands and ribs with a red-hot knife heated on her wood stove.

Now this lady was one tough old bird, as you’d expect a gold miner to be. She later stated she’d worked so hard to build her gold stash that she’d “rather die than turn it over to this asshole.” Realizing his interrogation technique was going nowhere, the bad guy quit in frustration. He set the cabin on fire with her still tied, blindfolded, and left her to die. She was able to wiggle over and boot the door, then crawl outside where she laid in excruciating pain on the snow in sub-zero temperature until her husband returned.

Because this was such a horrific crime, we “pulled the stops”.

We flew her to Vancouver to undergo hypnosis with Lee Pulos. He was able to extract two things that led to solving the case. One, she recalled the bad guy was using a two-way radio or ‘communicator’, as she called it. Second, he used the term for her gold stash as being ‘squirreled away’. 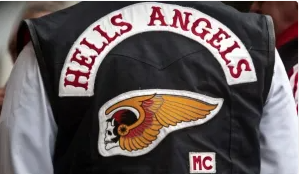 Now knowing an accomplice was involved, we focused the investigation on a neighbor who’d been involved with a gold claim boundary dispute. We identified the suspect as a Hells Angels striker who’d been hired by the neighbor, so we ran a wiretap which caught him using the term ‘squirreled away’. This led to an elaborate, clandestine sting operation resulting in his confession to an undercover agent. He was convicted and got twenty years.

Like I said, I’ve always been fascinated with how the human mind works. One thing I’m positive about—there’s more to consciousness than modern medicine and psychiatry know—except for the shamans.

But, then, shamanism is for another discussion.

What about you Kill Zoners? Have you used hypnosis scenes in your works? Have you ever been hypnotized? Do you believe hypnosis is valid science? Tell us in the comments.