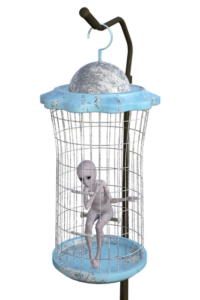 What if you decided you wanted to write a novel that would join the “50 most influential books ever written?” You wanted your book to be studied in literature classes 100 years from now. You had a concept and premise that would address a problem and make this world a better place. And you felt you had it within you to pull off such a feat.

And what if you wanted that novel to address social injustice or something just as controversial. I included the Literature and Society sections from the “50 most” list for examples of such books.

From creating characters and stories that have become foundational elements in cultures around the world to upsetting undesirable standards and inspiring the imagination of many, these works of literature have touched the world in significant ways. These are the most influential books in literature.

These are the most influential books in terms of impacting society, texts that helped changed people’s views on racism, feminism, consumption, and language.

And what if there would be consequences for writing such a controversial novel? Stakes (JSB, Plot and Structure): such as harm – physical, professional, psychological – even death. Do you still want to write that book? Have you thought carefully about the possible consequences?

So, what if you decided to protect yourself by inserting a buffer or a decoy – a main character who was on a quest to write such an influential novel, thus adding another layer to the story, and taking some of the heat off yourself?

What if, even though that main character was really you, you knew you must put your MC through the ringer.

Commando squads showing up during the night to haul you off, never to be seen again? Or being ruined professionally where you could never find a publisher? Or being driven mad with the whole quest where you would finish the book as a deranged writer?

Okay, so how close to death would you take your MC (yourself)?

Now, finally, let’s up the ante. Or as Donald Maass says (in his books and classes), pick the worst possible scenario, now make it three times as bad. Let’s take that writer, the MC, you, out of the equation. You no longer have the MC to hide behind. You are writing that great influential, transformational novel yourself, without a decoy or a safety net; you face the stakes of death, in reality, not in the story. Do you still want to write it?

And knowing that some of you are already figuring out a way to publish without pain, what tricks have you devised to deceive? I’ll steal the easy ones: publish posthumously, hide behind a pen name, ghost write for someone else who is willing to take the heat. What others?

39 thoughts on “What if You Were the Main Character”