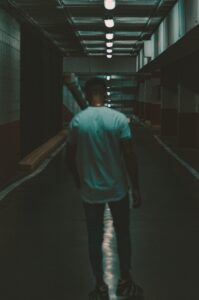 We’re all aware of the staggering rise of identity theft that can screw up our credit. According to the Insurance Information Institute, in 2020, the FTC received 4.8 million reports of identity theft and fraud, a 45% increase from 2019.

But if a criminal claims to be you, does that mean you could be locked up for an outstanding warrant?

In the case of Jonah Scott Miller, yes.

When Zin Mali McDade, a transient, was arrested in Brevard County, Florida, he claimed his name was Jonah Scott Miller, who had been a childhood acquaintance. Both were born in December, 1985, six days apart. However, Jonah is 6’2” and Zin is 5’7”.

The real Jonah, who works security for a hospital, was arrested during Bike Week in Daytona Beach in 2019 on a failure to appear warrant for shoplifting, a warrant actually meant for Zin.

When Jonah told police they had the wrong man and he had never been to Brevard County, the arresting officer accused him of lying. According to the Daytona Beach News-Journal, she said:

“I suggest you get a lawyer because somebody’s lying. If it’s not you lying to me, it’s somebody you know because they know way too much about you. They knew your date of birth, your social, where you were born, your address and they have your tattoos.”

Jonah protested his tattoos couldn’t match anyone else’s because they were the names of his kids.

Apparently, no one at the scene brought up the mugshot from Zin’s arrest.

Attorney Steve Weisman of Scamicide.com recommends being proactive if someone impersonates you. Contact a lawyer, law enforcement, and the prosecutor/district attorney to file a report that you are the victim of identity theft. Show your driver’s license, passport, or other photo ID to prove who you are. Request a letter from the district attorney explaining the situation. In some states, you can request an Identity Theft Passport that may help if you are detained because a criminal steals your identity.

TKZers: Have you ever been the victim of mistaken or stolen identity? Would you obtain an Identity Theft Passport?

30 thoughts on “True Crime Thursday – You Got the Wrong Guy”