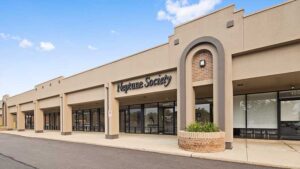 I recently attended three funerals over the course of a week. One of the deceased individuals was a month short of 90. The other two were much closer to my age. Of those two, one had an open casket. He looked good, but…you know. I had shared a number of meals and consumed a number of beers (when I did that type of thing) with the gent and seeing his empty vessel displayed in an open casket functioned as a wake-up call for me.

I decided to start pre-planning my funeral arrangements, or lack thereof. We talk of wills and trusts and of getting one’s affairs in order for the inevitable day of departure and the time that follows. What often gets lost is what is to be done in the minutes and hours that follow a death. The wishes of a deceased are sometimes noted in a will but a testamentary document isn’t usually looked at until weeks after passing. Telling your survivors ahead of time, with something in writing other than in a will, is an absolute must. I wanted to be cremated (and still do) without ceremony or recognition. Given that we are in the Age of Google, a quick search for “cremation” almost immediately in my devices being inundated with pop-up ads, emails, and phone calls from area funeral home representatives. This kind of browned me off, to be honest, though if you really want a lot of attention, google “housepainting.” That aside,  I was further upset by the refusal of the people contacting me to send me a price list concerning their services, insisting that I instead come to their offices for such information.  I know why. Funeral homes upsell. It is what they do. It is how they are able to stay in business. They have very high overhead and offer a service that almost no one else wants to perform. I just didn’t want it.

I eventually as a result of my research contacted Neptune Society, a national organization that arranges cremation. I did this for a number of reasons. I wanted to be cremated. I contacted them, as opposed to them reaching out to me. They were upfront about their pricing and services. A friend of mine who would have found a problem with them if there were a problem to be found had personal experience with them (once removed of course) and strongly recommended them.  Their local office is on Cemetery Road(!) in a nearby suburb. And… they offered me a free lunch at a local restaurant where I could attend a seminar, even after I indicated to them that I would be using their services.

I showed up on the day and time appointed at a local sports bar with a few other crusty customers of the age where one wakes each morning with roughly equal amounts of surprise and regret. The other attendees eyed me uneasily across the table for a few minutes while I listened to them carp about the lunch choices (“I usually have a drink with lunch. Can I order a drink?”) and tut-tut about the cost of the services (“When my husband had this done ten years ago it cost less…”).  I silently promised myself to never be that obnoxious when I reached their ages. I learned over the course of the next hour that I was the oldest one there. You live and learn, even as you approach the end of the story.

The folks from Neptune Society were very nice and didn’t try to upsell me (“for just a little bit more, we can arrange a celebration of life for you”) or cross-sell me (“Don’t you think that a nice commemorative ribbon to match your urn would be a nice touch?”) as many funeral homes do. Their sales pitch was so low-key that it wasn’t an infomercial at all.  I was able to enter into an agreement with Neptune Society that afternoon and I became officially “pre-planned,”  meaning that my arrangements were paid for and my wishes set in stone. One item which was offered but not pushed was the “Travel Protection Plan.” I purchased it. The Travel Protection Plan is like “AAA-Plus” for a deceased, only better. If you have AAA or another roadside assistance service you are probably aware that there is a limit as to how far your car will be towed at no cost to you. If the towing mileage exceeds that limit there is a per-mile charge. It is not calculated in pennies. The same holds true for dead bodies. The general industry standard for funeral homes, at least in Ohio, is that if you die outside of a thirty-mile radius of your home the odometer starts ticking. Neptune Society has a seventy-five-mile radius, but with the Travel Protection Plan there is no mileage limit, even if the covered individual is out of the country. What this means is that should I pass away far from home Neptune Society’s sweet chariot will swing down and take me home at no cost.  The thought of my sons traveling to wherever I might be and doing a Weekend at Bernie’s trip to bring me back made me chuckle, but only initially. I paid for that and a storage box which I have taken to calling my “forever home.” Done. And done. 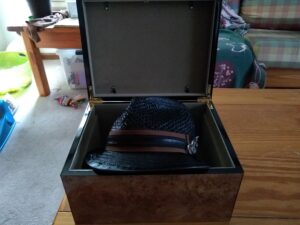 The surprise for me was how relieved I felt about making the arrangements, or lack thereof. I told my children that if they wanted a visitation to come to see me while I’m alive. If they want to celebrate my life, take me to Twin Peaks. It’s too late once that rusty gate swings open and I tapdance through. I also gave each of them a copy of my Neptune Society card so that when the time comes things would be taken care of promptly.

All of this thought and consideration about death and its immediate aftermath of course sparked within me an idea for what I think will be a heck of a story with the potential to be much darker than The Loved One by Evelyn Waugh. That brings us to you, my friends. Have any of you pre-planned your funeral? Have you thought about it? Do you know what you want? Or is the topic like that closet that you haven’t opened in years and are afraid of what you’ll find (or what will find you)?

54 thoughts on “Preparing for the End of the Story”