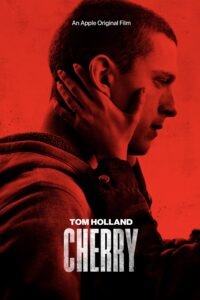 (Note: Thanks and a tip of the fedora to TKZ’s Terry Odell, who noted that for some reason comments (as of 8:20A EST) cannot be posted. I am working on fixing that but having problems doing so. I’m sorry!)

(Update 12:28P EST: It appears to be a system problem as opposed to a PICNIC (Problem In Chair Not In Computer) problem. It will hopefully be fixed in time for Jim Bell’s post tomorrow. Thanks to everyone who is stopping by today. SJ)

(Update 12:46P EST: Comments are working. Thanks and a tip of the fedora to Lynne Reynolds, the Wizard behind the curtain! SJ)

The following occurred about a year and a half ago. I have had to remain uncharacteristically quiet about it until now due to an NDA (non-disclosure agreement) which blessedly expired on February 26. I left my home in central Ohio at 2:30A on November 27, 2019, and headed north toward Cleveland, a place where I misspent several of my formative years. I was to report, showered, shaved, and tap dancin’, at 6:00A to an address near Cleveland’s east side.

I had been notified a few days previously that I had been selected for a (very, very small) part in a movie named Cherry. There was plenty of buzz about the project before it began, due to the presence of Tom Holland in the lead role and the involvement of Joe and Anthony Russo as directors and producers. Holland and the Russo Brothers had worked together before on such obscure cinematic projects as Avengers: Endgame and Avengers: Infinity War, with Holland appearing as Spider-Man and the Russos directing those films. Expectations for Cherry were high, my presence in the film notwithstanding.

Shaker Heights, a somewhat tony Cleveland suburb, was my ultimate destination.  I misspent a good portion of my formative years in Cleveland. I had been to Shaker Heights only once, close to sixty years before, with my parents on a Sunday to go to a retail area named, by amazing coincidence, Shaker Square. I planned to take a look at the area while I was up there. Did I get to? Read on.

I arrived on time at the appointed place. Despite being a little later in the morning it was somehow even darker and colder on Cleveland’s east side than Columbus had been three hours earlier. I parked and started following some hand-lettered signs through a parking lot, heading toward an unmarked building. A limousine pulled up next to me. Tom Holland got out, smiling, and yelled, “Joe! Joe Hartlaub! My man!” as he embraced me. Not really. Actually, a guy with an Eddie Murphy vibe exited the limo and asked me if this was the right place to be for Cherry. We had some introductory chit-chat during which he told me that he also had a very small part and lived about ten blocks away. I glanced at the limo. He said, “I was gonna ride my bike, but, like, how many times ya gonna be in a movie? Y’know?” I shrugged. He asked me how I had gotten there. “I coptered in from Columbus,” I answered, whirling my index finger around. I had him going for just a minute as he looked around us, perhaps hoping to see Jan-Michael Vincent lean out of a hovering whirlybird and wave. He was disappointed.

We walked into the building together and followed some more hand-lettered signs through a warren of what turned out to be dance rehearsal rooms that had been temporarily repurposed for storing movie equipment. We ultimately found a nice lady, complete with piercings, tattoos, and a clipboard, who checked us in and then directed us to a large room that had been set up like a cafeteria. Breakfast. It was a surprise. We were cautioned to use the serving line on the left and to sit in a specific area since the right line and the other tables were for the crew. Same food, no mingling. My fellow cast member looked at me and kind of smirked at the ironic separate but equal arrangement. We ate some breakfast, ate some more, and drank coffee. An hour passed before my new friend, a few other folks, and I were ushered through a different labyrinth of rooms to suddenly find ourselves outside and on Shaker Square, which looked both different and the same from how I remembered it.  We were given our assignments as the wind and sleet started up, and admonished that we were absolutely not to talk to Tom Holland if we encountered him since he would be working.  My acting assignment was to stand on the street in the wind while being peppered with ice pellets while reading a newspaper, all the while acting as if I were cold,  wet, and old. It stretched my abilities to the limit, let me tell you, but I am a true professional and got the job done, take after take. I was truly humbled by the applause I received every time I turned a page of the newspaper and the director yelled “Cut!”

We were all released at around 12:15 PM. I went into the diner to get some more coffee and saw my fellow actor. He was standing with a small group of folks and head-bopped me over. Tom Holland was standing next to him. Holland started talking to us after a couple of minutes about this and that.  Directives notwithstanding, it would have been rude not to have answered him. It turned out that he was/is a very personable guy. His younger brother was with him. Holland was much nicer to his brother than I would have been to mine under similar circumstances, but, then again, Holland’s brother wasn’t as irritating as mine was at that age. 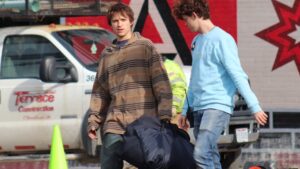 Things then became weird. I looked back across Shaker Square and recalled that, when I had been there on that long-ago Sunday, a drugstore had filled a storefront where a clothing boutique presently occupied. I had gone in there (probably to get away from my younger brother) and purchased some comic books with a dollar that I had saved from a week before (something I wrote about a few months ago). One of those comics was The Amazing Spider-Man #1.  My adult self kind of felt the earth and everything else shift for just a moment.  I didn’t have to wonder how eleven-year-old me would have reacted if he had been told that, in another sixty years or so, he would be standing across the street talking to the actor who played Spider-Man in a couple of movies while appearing in another movie “with” that actor. I would not have believed any of it.

Holland was called away to do more acting. I got my coffee and gave my new friend a ride home (a real come-down for him, I am sure, after his limo ride of the morning) and made the three-hour drive back home, thinking about life and how the choices we make and the chances we take often bring things back to where we start. 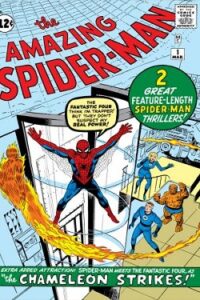 I don’t really believe in coincidence. Life stretched over many years just has too many moving parts. To paraphrase J.B.S. Haldane (and many have), life is not stranger than we imagine. It’s stranger than we can imagine. But we still try, don’t we?

That is all I have today. I hope that I’ve been able to entertain you while you are waiting for your Coming 2 America feed to stop buffering. In the meanwhile, do you care to share a strange thing that has happened to you lately?

22 thoughts on “Making a Movie With Spider-Man”