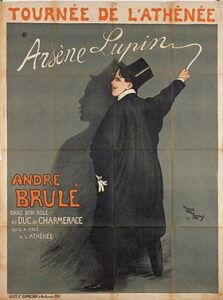 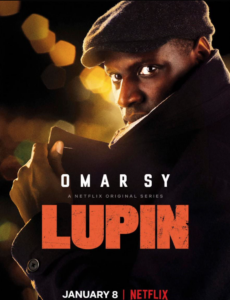 I am going to attempt to fill a yawning void in your life by recommending Netflix series and the books that inspired it.

The Netflix series is titled Lupin.   It is a French production but dubbed in English for those of us who studied Latin in high school. It is also well-written and well-acted. Five episodes have been released so far on U.S. Netflix with five more coming this summer, so you can binge it relatively quickly. Lupin is interesting from the jump because no one in the series is named “Lupin.” The lead character is a charming and likable thief named Assane Diop. We meet Assane as an adult but there are frequent flashbacks to his childhood as well.  Assane as a boy emigrated with his father to France from Senegal. As an adult, Assane pulls off a major heist in Paris for the best of reasons, that being to clear his father’s name which has been sullied by a crime that he (possibly) did not commit. We quickly learn that Assane the adult is also profoundly influenced by a crime fiction series that he read as a child and continues to read. The books concern a master thief and occasional detective named Arsene Lupin. They were written by Maurice LeBlanc in the early 1900s. Assane as the episodes progress will often recall a Lupin story in a kind of “What Would Lupin Do?” manner. Lupin is actually an homage to, as opposed to an adaptation of, those books published so long ago. One of my favorite elements in Lupin is that one of the police detectives tasked with solving Assane’s crime is also a huge fan of the books. He sees similarities between what Assane is doing and what Lupin did. His fellow flics make fun of him but otherwise ignore the detective’s theory, though as he actually holds the key to solving Assane’s crime. Assane has a son of his own who shares his birthdate of December 11 with LeBlanc and who, to Assan’s delight, is a fan of the stories as well. 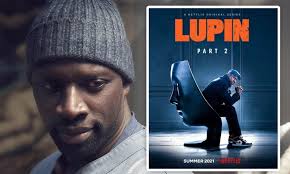 The Netflix Lupin is more than worth your while, in great part because you can’t watch it without being drawn to the stories which it references. I knew absolutely nothing about Arsene Lupin or Maurice LeBlanc before binging the series.  It was easy enough to get up to speed. Most of the story collections are either online or available for free (if you dig a bit) in the Kindle Store. I thought I would try a few pages of one just to get the flavor of the character and wound up in a time suck. I couldn’t and can’t stop reading them. I quickly acquired all of the collections available and am working my way through them while enjoying every word. The Lupin of LeBlanc’s stories is a gentleman thief who changes identities more often than people change clothes. He is, in addition to being a master of disguise, an escape artist and pickpocket. Lupin has a frenemy in the form of Inspector Ganimard, a police detective who could well be the cousin of Inspector Javert, though the former has much more charm than the latter. Lupin also on occasion encounters Sherlock Holmes. LeBlanc did not take the time or effort to acquire the permission of Sir Arthur Conan Doyle prior to incorporating his famous creation into the Lupin universe, an act that provoked righteous indignation and protests from Doyle. LeBlanc, no doubt with the same twinkle in his eye possessed by his character, continued to use the English sleuth in his own stories but changed the name of Doyle’s character’s to “Herlock Sholmes.” “Sholmes” is no more successful in capturing Lupin than  Gaimard, something which no doubt also upset Doyle.

The stories are delightful. There is always at least one little twist and turn that even the most seasoned reader won’t necessarily catch or expect. LeBlanc changes the narrator from story to story so that one initially never knows if Lupin is telling the tale or if someone else is doing the gabbing. The result is that it takes the reader a bit of time to figure out who is doing what to who, in the words of the famously salty limerick. Speaking of salty…LeBlanc’s stories are free of explicit sex, earthy language, and graphic violence. There might be the occasional fistfight here and there, but only to advance the narrative. One can accordingly recommend each and all of the Lupin stories to anyone of any age without concern.  Every story is also in equal measure clever and smart in the telling. The young Assane at one point in Lupin is asked, “Don’t you ever get tired of reading the same book?” Assane smiles and says, “No. I learn something new all the time.” Indeed. 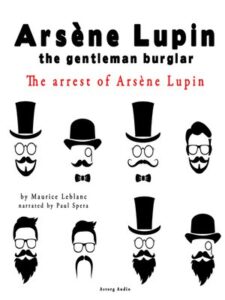 I consider myself to be fairly well-read and accordingly was stunned that in six decades of reading detective fiction I had never happened across this character. Aside from the reading benefits, there is much for a writer to learn here. One can study the stories for the manner in which LeBlanc makes Lupin, a thief who would ordinarily be an unsympathetic character, sympathetic, or even a hero of sorts. LeBlanc also demonstrates how point of view can be utilized as a sleight-of-hand device to make things a bit more interesting. Then we have the overall presentation of language and scenarios. I like sex and violence in stories as much as the next writer or reader but sometimes it becomes a crutch. We want it occasionally or even frequently in our reading and writing but we don’t always need it, even in so-called adult material. I know that things were a bit restrained in popular literature from over one hundred years ago but it is refreshing to encounter that restraint now. I’ve been redlining my own work here and there as a result.

I hope that you enjoy Lupin the series or the books if you have the chance and inclination to try them. I would like for now to know if you have “discovered” a new-to-you author and/or character recently who has in fact been around for decades. If so, what influence if any have they had on you?