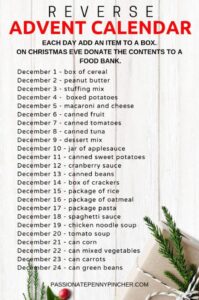 I have been working on a couple of different posts to offer as my last for this year. One has the working title of “Prepping for the Zombie Apocalypse at Dollar Tree.” The other is tentatively named  “The Two Best Books That I Will Probably Never Read. Neither Will Anyone Else.” You may see one or both of those next year. What happened in the here and now was that the rubber was meeting the road as far as decide-and-finish was concerned when I came across the chart that you will see above. Something told me that it was more important to share it than the bits of wisdom and whimsy that I had planned. Things blossomed from there and it was off to the races.

It was and is a part of my program for embracing the suck that is 2020. The military term “embrace the suck” can be distilled to a simple admonition. That would be best described as acknowledging that a situation is bad and dealing with it, going over it, around it, or through it. That’s a bit of an oversimplification but close enough for rock ‘n’ roll.

2020 will not go down as a wonderful year. It thus gave us, each of us, a wonderful opportunity.  It gave us the chance to embrace the suck. I don’t know anyone personally who died of COVID-19 but I do know several people who contracted it and many, many more who thought they had it and did not but were sick with something else. Virtually everyone I know experienced some adverse secondary reaction as a result of it. Let me count the ways. Isolation. Diminished income. Loss of jobs. Domestic problems. Each of them continued to get up every morning and did what they needed to do, went to bed, got up the next morning, and did it all again. They embraced the suck. I daresay that if you got up today and are reading this then you are doing the same thing. Woody Allen is credited with observing that ninety percent of everything is showing up. You showed up. You zoomed meetings and read and wrote and worked and shopped and made meals and probably helped others at some point. The sun came up every morning and so did you. Good on you.

I have mentioned the late Miles Davis a number of times in this spot. Miles was a complicated personality who often got in his own way but he was an immense talent whose music still sounds groundbreaking and in some cases ahead of his time three decades after his death. His music wasn’t formulaic but he had a formula, which was “Play what you know, and play above that.”

That statement is applicable to life in general, and particularly life right now. For writing, it’s everything. Aim to write the best that you can every day, and write above that. It’s true of life, too. Live as best as you can, and then strive to live to do better. You’ll fail frequently, but you’ll succeed too.

That brings me to the chart above which comes from the good folks at passionatepennypincher.com. I don’t reflexively think of food banks during the year, but every December our local one has a food drive. Their goal for this year’s drive — again, a tough year for everyone — on December 5 was to collect thirty thousand pounds of food. They collected sixty thousand pounds. In one day. A bag at a time. If you are inclined and you are financially or physically able to do so that reverse Advent chart above is a great guide to what you can do to do live as best as you can, and maybe a bit above. Or you can help someone out, be it a stranger or a neighbor, in some other way. It doesn’t have to involve a transaction. It can be as simple as an effort to give someone an extra smile or a hello or an assist. You can communicate a smile through a mask, by the way. It’s surprising but true. Even I, who really, really does not care much for people as a group, can do it.

Oh, yeah. The Humane Society. They take care of my favorite people. If you like animals but can’t have a pet most humane societies are begging for folks to come in and interact with the animals there. I can’t do it. The last time I did I had a meltdown because I couldn’t take them all home. I contribute in other ways instead. One does what one can. Please.

Bottom line: be well, and embrace it all. Own it and conquer it. Write, read, watch, be good to yourself first, and then someone/something else. Be happy amid the noise and waste.

Chag Urim Sameach, Merry Christmas in two weeks, and Happy New Year in three. I will see you back here on January 9. Thanks as always for being here.

34 thoughts on “Getting Through It”