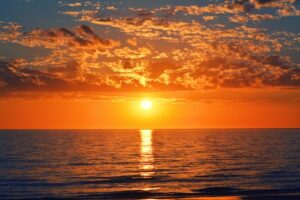 Photo by Tincho Franco from unsplash.com

A brain worm has occupied my cerebrum over the past couple of months. Its conception resulted from the death of a dear friend who was more than a decade older than I. His wife called to inform me of his passing and then proceeded to give me too much information as to what had occurred. They had apparently engaged in a bit of strenuous activity during the night and in the morning my friend failed to wake up. She felt that she was somewhat at fault. I assured her (while struggling to keep the smile out of my voice) that, even if she had been the cause of his departure, I was sure her late husband would have preferred that sendoff to, say, a fiery car crash (which is the comparison Richard Pryor made when his father passed under similar circumstances).

My friend’s wife then asked me for some advice about his obituary. Her issue was whether she should say that my friend passed “suddenly” or “unexpectedly.” She was worried that someone might think that he had committed suicide and wanted to be sure she used the right word. My off-the-cuff response was that she should avoid using either and just list his date of birth as “sunrise” and his date of passing as “sunset.” She liked that and told me that her husband used to tell her that I always knew just what to say.

I actually dodged a bullet. I was unsure about the answer to her question. I subsequently started to obsess over what the difference may or may not be when one uses either “suddenly” or “unexpectedly,” particularly when describing the occasion of a death. They seem to be used interchangeably, particularly when the individual being memorialized has voluntarily gone ahead, as it were.

I’ve done a couple of deep research dives into the topic and found opinions to be all over the place. The two words appear to mean the same thing at times, though not always. My favorite passage in an English language novel, that being the conversation between Bill and Mike in The Sun Also Rises by Ernest Hemingway, illustrates this. Mike, in response to a question from Bill, tells Bill that he went bankrupt “gradually, and then suddenly.” If Mike had used the word “unexpectedly” instead of “suddenly” it would have been wrong since if one starts to go bankrupt, the completion of the process is not unexpected, though it can happen suddenly. It’s different, however, in many other cases generally — an earthquake or tornado, to name but two — and in obituaries involving someone who takes their own life. It seems as if either adverb could appropriately be used.

I’ll apologize for being morbid, but when you are reading an obituary and see that someone died “unexpectedly” or “suddenly” do you assume that they passed of their own volition? Is one word more appropriate than the other in those cases?  Or do they usually mean the same thing? Is it a case of “to-may-to” vs. “to-mah-to”? You don’t have to justify your answer though I am sure the reasons one way or the other would certainly be interesting.

Thank you. Be well, happy, and good to yourself. Remember the oxygen mask rule: put yours on first and then assist others. 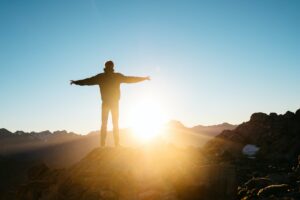 Photo by Pablo Heimplatz from unsplash.com

But wait! There’s more. I will be absent on Saturday, August 8, as I am relinquishing this space to the always quietly gracious Joe Moore, who will reflect on TKZ’s very special anniversary which happens to land on that date. I will also be gone on Saturday, August 22, when Lisa Black, one my favorite authors and people (as we all know, that isn’t always the same thing!), will be discussing a topic which provides the driving force behind Every Kind of Wicked, which is Book Six in her Gardiner and Renner series and which drops on August 25.  I’ll be back on September 5 and happy to see you.