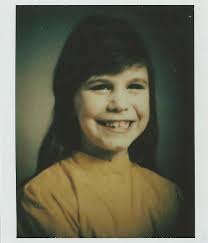 My granddaughter S. went missing for a very short time several years ago.

It happened on a Thursday during the first week of June. S. was a student at a wonderful public elementary school in the Clintonville neighborhood of Columbus. A picnic for the students, teachers, and parents was — and still is — annually held on the school playground during the closing hours of the last day of class. My son J. — her father — took an extended lunch hour from his job and dutifully presented at the time appointed. He was somewhat puzzled when he did not see S. among the students cavorting around the swings. J. approached S.’s teacher and inquired as to her whereabouts. The teacher asked another teacher, who asked another, who asked the school secretary, who asked the principal. Within the course of a few minutes, a hue and cry quietly started up, one that was on the verge of quickly rounding the corner to full-blown hysteria. J., having learned at his father’s knee how to react to an emergency, fought down the tide of his own rising panic and quickly called his neighbor to ask if S. was in sight. The neighbor advised that yes, S.  was on J’s front porch, bearing the look of someone who finds themselves in a situation resulting from an action that wasn’t entirely thought through prior to its execution.

It was learned a bit later that S., being a somewhat willful child at that time, had concluded that she had experienced enough school for the year and decided to skip the picnic. She didn’t think to tell anyone about her decision, and with the skill of a Ms. Pac-Man circumvented the carefully maintained school security labyrinth which was in place to keep such a thing from occurring. She then walked the few blocks from her school to her home in order to jumpstart her summer vacation by a couple of hours.

J. told the teachers that S. was at home. Those assembled collectively breathed a sigh of relief. As J. left the school to deal with the wayward S. he heard the name “Kelly Prosser” mentioned as the instructors talked among themselves. He wondered who she was.

Kelly Ann Prosser in 1982 had been an eight-year-old student at a much-acclaimed alternative school in the same neighborhood as my granddaughter’s. The school year was barely three weeks old when Kelly disappeared while walking home. Her body was found two days later in a cornfield located in a quiet community contiguous to Columbus. She had been beaten, raped, and murdered.

Several individuals were questioned by Columbus police detectives but no one was ever charged with Kelly Ann’s murder. J., who was four years old at the time, probably wondered why his parents held him and his younger siblings just a little more tightly and watched them just a bit more closely for the next, oh, thirty-eight years or so (and counting). For the teachers at Kelly Ann’s school, and virtually every school in the area., there was an additional nightmare a-borning. Whoever visited the horrors of Kelly Ann’s final hours upon her was, as far as anyone knew, still out there watching and waiting for another opportunity. While the safety of their students was uppermost in the minds of the teachers and administrators, I suspect that no one wanted to bear the burden of having another such act repeated on or after their watch.

That fear carried over across the decades. The Columbus Police Department, for its part, never gave up on Kelly’s case. Decades passed. Forensic tools were created, improved, and sharpened. The Columbus Police  Cold Case Unit, announced on June 26, 2020, that the case had been closed. A DNA sample obtained from material originally gathered at the crime scene conclusively linked her attack and death to one Harold Warren Jarrell. He was no stranger to the criminal justice system. Jarrell had been arrested, tried, convicted, and incarcerated for abducting a little girl in 1977 from another Columbus neighborhood. He was released from prison after five years and had been walking among the innocent and unknowing for but a short time before Kelly Ann’s path crossed his. Jarrell for whatever reason was not considered a suspect in her murder at the time, and at some subsequent point left Columbus, drifting across the country with stops in Florida and Las Vegas among other places, more often than not attracting the attention of law enforcement before moving on rather quickly and without notice. He met his end at some point — how, where, and why is not immediately clear — and thus cannot face justice for Kelly Ann’s murder and the grief that ripples through time across the lives of her family members to this day. Investigations being conducted in other jurisdictions indicate that Jarrell’s horrible misdeeds continued. One can only hope that his end was slow and excruciating, one where any calls for help which he might have made were unanswered at least and mocked at best. 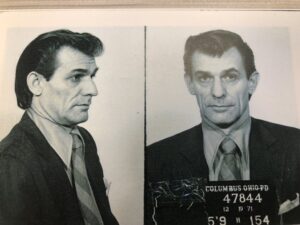 It is people such as Jarrell who cause me to prefer the company of dogs and cats to people. That said, the tenaciousness of the personnel of the Columbus Police Cold Case Unit — with a mighty and timely assist from a forensic genealogical service named AdvancedDNA —  restores, at least partially, my faith in humanity.

I am well aware that in the majority of cases of sexual molestation and abuse the victim and the aggressor are known to each other. There is still a sizable group of opportunistic predators who randomly prey upon the innocent. There are tools available to combat them. Most if not all county sheriff departments now provide a sexual offenders’ database on their websites. There is also a smartphone app for iPhones named Offender Locator which I cannot vouch for, but I can for Truthfinder, an Android app that provides sobering information about sex offenders living and working within a given area.  You may want to consult this should you or a family member decide to move to a new neighborhood or take things a step further with that new acquaintance who might seem just a tad too friendly with your child. The writers and authors among you may also — and I am not making light of the problem by suggesting this, not at all — use this app as a means of obtaining inspiration for the truly wretched characters in your latest work in progress. The woods, as they say, are full of them. The lambs walk in sunlight and the wolves wait in darkness for one or more to stray into shadow.

Be safe. Be well. Be alert.