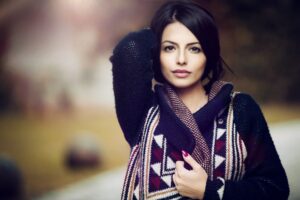 “Nice to meet you. I’m beautiful and talented and caring. But enough about me.”

Some years ago I decided to see what all the hubbub was about a bestselling romance writer. It’s not my usual genre, but I like to read outside the thriller realm to pick things up other authors do well in their own bailiwick.

So I went to the library and picked one of this author’s titles off the shelf, at random. I sat down and opened to the first chapter.

I don’t have the specifics now (I’ve since forgotten the title!) but it opens with the main character in her car. The second paragraph went something like this: She was beautiful, talented, and caring. She was a hard worker, and earned every bit of her success…

It went on in the same vein for a few more lines. And I found myself thinking, “Really? You expect me to believe this?”

You know why. It’s pure telling. How would we feel if we met someone for the first time at a party, and the person said, “Nice to meet you. I’m beautiful and talented and caring. But enough about me.” It’s only a short jump from that to an author telling us the same thing about a characters.

So let’s go over the two ways to characterize that won’t put up a subconscious barrier in the reader.

Instead of telling us that Mary cares about people, show her bringing a meal to a grieving friend. Or stopping her car to comfort a crying child. Or letting a little old lady go ahead of her at the pharmacist’s.

Or, start with a character who doesn’t care about people. Rick (Humphrey Bogart) in Casablanca sticks his neck out for nobody. The first time we see him he’s playing chess—by himself. A bit later in Act 1, the police come to take away Ugarte (Peter Lorre) who begs Rick to help him. Rick refuses, even knowing Ugarte will now face a firing squad.

And by the way, a character’s own dialogue is a form of action. So earlier when Ugarte is sitting with Rick and asks, “You despise me, don’t you?” Rick responds, “If I gave you any thought I probably would.”

And as dialogue is a form of action, inner thoughts are a form of dialogue (just not so that anyone can hear it).  In a novel Rick could think If I gave you any thought I probably would, and not say anything out loud.

So determine what you want readers to know and feel about your character. Brainstorm possible actions and dialogue that will show us these things, and salt them in early in your novel—because first impressions count.

In the first of my Mike Romeo books, Romeo’s Rules, I wanted the readers to know that Romeo is a big guy who can handle himself in a fight. Since these books are in First Person POV, I couldn’t very well have Mike say, “I’m a big, strong guy. I can handle myself in a fight.” That’s braggadocio, and we don’t like braggarts in real life, do we?

So on the opening page I have him jogging, stopping to talk to an older woman about her flowers (Mike is into flora). At one point the woman says, “You don’t look like a flower man.”

I shook my head.

“Then what exactly do you do with all those muscles?”

“Are you flirting with me, Nell?”

She pushed her hat back slightly. “If I was thirty years younger, I’d rip your T-shirt right off.”

You do the same thing in Open Third Person POV (where you switch between POV characters). Dean Koontz does this in The Door to December. The first three chapters are from Laura McCaffrey’s POV. She is a doctor—a psychiatrist—whose ex-husband absconded with their daughter six years ago. Now the police are taking her to a home with multiple murder victims and lots of blood. The detective there, Dan Haldane, has summoned her because one of the bodies might be her ex. He also needs her to see something (Koontz, the rascal, keeps us in suspense as to what that is).

Then we get Chapter Four, which is from Haldane’s POV. Koontz uses this opportunity to further characterize Laura:

Dan Haldane was surprised at how well the woman was coping with the situation. Okay, she was a doctor, but most physicians weren’t accustomed to wading through blood; at the scene of multiple, violent homicides, doctors could clutch up and lose control as easily as any ordinary citizen. It wasn’t just Laura McCaffrey’s medical training that was carrying her through this; she also had an unusual inner strength, a toughness and resilience that Dan admired—that he found intriguing and appealing. Her daughter was missing and might be hurt, might even be dead, but until she to the answers to important questions about Melanie, she wasn’t, by God, going to break down or be weak in any way. He liked her.

So don’t let me catch you, dear author, trying to slip in some instant characterization by telling me something. Let’s see it demonstrated on the page, or hear about it from other characters.

34 thoughts on “How to Characterize”