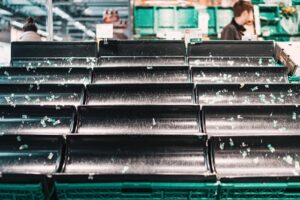 You may have noticed that things are a little interesting at the moment. Jobs, schools, vacations, careers, and the like are all upended. We are not used to that on such a wide and all-encompassing scale. We all to varying degrees have become used to getting what we want when we want it and doing what we want when we want to do it. All that got upended, however temporarily, in a hurry just a few weeks ago. Were you ever told that it only takes one person to change the world? That turned out to be true. All it took was one guy licking the wrong bat and here we are…

…so I was in the middle of working on something when a new album crossed my desk by a vocal group calling themselves “The Legendary Ingramettes.” My first thought was “Wow. Not too humble.” My second thought, which I had about thirty seconds into the first song, was “It ain’t braggin’ if it’s true.” I have been playing the album over and over since then.  The song that I want to share with you today, particularly if you feel as if all of what is going on is never going to end, is “Beulah Land/I Wanna Go There”, or at least the first three minutes and thirty seconds of it. That introduction is a narrative spoken over a piano/bass accompaniment, with the narrator’s voice threatening to take right off to the stratosphere on every tenth syllable or so. She is telling a story that everyone needs to hear right now. It’s better and more vivid than anything you will see or hear on Netflix. Consider it as an example of oral tradition.

Some of our younger visitors may not be familiar with the term “oral tradition.” I would ask that they think of it as an ancestor of the podcast. Before we had our television, computers, and phones people sat and with family and friends and told stories. Some had been passed down to the storyteller from older relatives while others were cases of first impression, but the best of them were told and retold. Some folks, particularly those in the American South, became really good at it, which is why some of our greatest authors come from that region.

What you hear described in the first few minutes of “Beulah Land” is about growing up without and finding joy in it. The story told is not an exaggeration. I have heard similar stories from people of the same age and background as the Ingramettes. One wonderful lady of my acquaintance had four sisters and grew up in the rural South in a very small home that had one bathroom. She told me that she never saw her dad use the facilities because, when nature’s call came upon him, he took a walk (sometimes a run) into the woods to answer it, so as to not tie up the facilities should his wife or daughters need them. The common theme that runs through my friend’s story and the story in “Beulah Land” is generally, “Yeah, I guess we were poor, but we never knew it. It wasn’t that bad.” I listen to “Beulah Land,” and I remember my friend’s story, and when I come out the other end my conclusion is that I am the most fortunate person who has ever walked on earth, comparatively. Particularly now. Next time I get impatient waiting in line or get cut off by somebody passing across two lanes I’m going to try to remember the story about salt pork bacon and getting ready for Sunday morning on Saturday night. I’m going to particularly attempt to remember it in a few weeks or months when things are more or less back to normal. 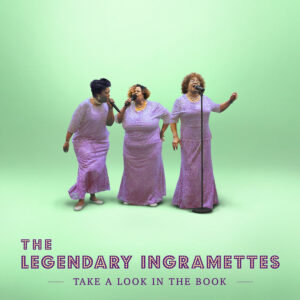 Please enjoy and be comforted.