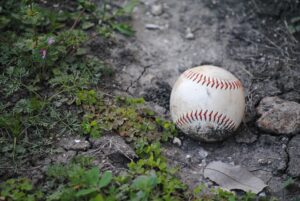 Today is a “need to vent” post. Indulge me.

As you’ve no doubt heard by now, my Dodgers, who have not won a World Series since 1988, were cheated out of the 2017 series by the Houston Astros. It was a seven-game series, mind you, so any small advantage engendered large-scale results.

That’s what happened when the Astros mechanized a sign-stealing system. The whole art of pitching is about mixing it up to fool batters. But if a batter knows when a pitcher is going to bring the heat, he can prepare to swing early. If a change or breaking ball is coming, he can sit on the pitch. This is an incredible advantage for the hitter.

Now, there’s always been a “gentleman’s agreement” about stealing signs with your eyes. If a runner on second is able to figure out the pitch, and pats his knee so the batter knows what’s coming, that’s acceptable. Catchers know this, and adjust accordingly.

What the Astros did was different. They used a combination of high-tech and low-tech. They had a camera in centerfield trained on the Dodgers catchers, connected to a monitor just off the Astros dugout. A player in the dugout would read the catcher’s signs, then relay the information to Astros batters by—get this—banging on a trash can lid. A sort of garbage Morse code!

It worked. As the Astros celebrated their victory, Dodgers fans sulked, for that 2017 team was the best we’ve had in a generation.

But after an investigation by Major League Baseball, the Astros scheme was brought to light. As a result, the team has been fined the maximum, $5 million, and will forfeit its next two first- and second-round draft picks. The manager and general manager were both suspended, then immediately fired by the team.

The only remaining question is whether the Astros should be stripped of their title. You can guess what the vote would be in Los Angeles.

(And as if we didn’t need more salt in the wound, the same thing may have happened to the 2018 Dodgers in the World Series against the Red Sox! That is currently under investigation.)

Cheating, of course, has always been with us, from test answers jotted on the sweaty palm of a nervous student, to stuffing ballot boxes with the votes of dead people. (A 2012 report by the Pew Center found that more than 1.8 million dead people were registered to vote, and not one of them was named Casper.)

Which brings me to writers. There are temptations out there to “cheat” or “game the system” in various ways, and for various purposes. Here’s one example, reported by the gimlet-eyed David Gaughran:

One particular guy — who I won’t name — … presents himself as a million-selling author, and an expert, when he’s neither. I dug into his background and found a cute little cheat had propelled him to what looked like chart success, when really there was a skeevy little formula behind this appearance of a fanbase.

Back when this was possible, he would drop the price of his books to $0.01 on Google Play, and then self-report the lower price to Amazon, whose bots would dutifully match that price, despite this being against the TOS. It was like having a free book in the paid charts, and at that price it attracted a lot of downloads, of course. The book would then rise up the popularity list also and start getting recommended to Amazon customers, at which point he’d raise the price to $2.99 and drop the price of his next book.

This heavily touted “success” of his — where he’s waving around sales numbers rather than quoting income — was then parlayed into a thousand-dollar mastermind course a couple of years ago, which he proceeded to sell to hundreds of fiction writers, without disclosing this wheeze, or that all his books were non-fiction: public domain prayers he had simply repackaged.

He’s not even a writer! Now he’s an expert talking about “The Amazon Algorithm.” What a world.

Among real writers, those who truly care about their craft, I’m convinced the overwhelming majority are on the up-and-up. And there are many who are particularly skilled at understanding algorithms, meta-data, CPC versus CPM, and so on. It is right and proper to optimize these things.

What isn’t right are obvious sins like plagiarism, paid-for reviews, and sock-puppetry to leave bad reviews of another writer’s books.

I don’t have any grand lesson here, except to say—echoing the doctor responding to the patient who complained that it “hurts when I do this”—don’t do that! We have enough “integrity deficit disorder” going on in our culture. Leave us not add to it.

Oh, and one other thing: Belated congratulations to the 2017 World Champion Dodgers!

41 thoughts on “On Cheating”