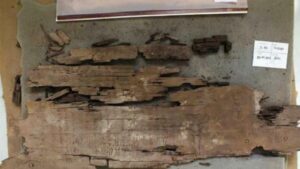 Happy 2020! I ushered in the New Year by freefalling into a web research wormhole while educating myself on the subjects of archeology, astronomy, and physics. There are some startling and occasionally frightening discoveries being made in all three fields — particularly astronomy — but today we are going to discuss a recent announcement concerning the significant archeological discovery in Egypt of an illustrated book.

Some of you under the age of twenty may be saying, “Big deal! My grandfather has a first edition of The Watchmen!” I’m talking about something a bit older than that. The book which was discovered is The Book of Two Ways, a work that was well known to historians and archaeologists in its previous editions prior to this latest discovery. It was written as a guide for a deceased individual as they make their journey through the Underworld, with the “two ways” of the title being the options of making the journey by land or by water. The advice presented in the work included spells that could be cast in order that the deceased might ultimately achieve immortality.

What makes this discovery significant is that this edition of The Book of Two Ways, which is estimated to be approximately 4000 years old,  is considered to be the earliest known illustrated copy of the work to date. The location where the book was discovered is particularly interesting, given that it was inscribed on a coffin (rather than being bound or in scroll form) at an Egyptian burial site housing the remains of a woman named Ankh.

Let’s think about this discovery in modern terms. We have 1)  a coffin dual-purposed as a Kindle 2) containing the first graphic novel 3) which is a distant ancestor of the AAA Travel Guide. With regard to #3, maybe considering The Book of Two Days to be the very first Lonely Planet guide would be more appropriate. Calling it a collection of life hacks due to the spells it contains, however, might be a bridge too far. Still, it makes one wonder whether time truly is a flat circle. 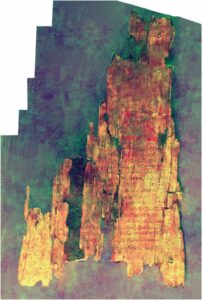 I seriously doubt that the author(s) of the recently discovered edition of The Book of Two Ways considered for even a moment that a few thousand years down the road the discovery of their work would be considered a major archeological event. It goes to show you never can tell. It might be unlikely but the story that you are working on, as humble as it may seem to you now, might get similar treatment. Keep that in mind. As our mothers used to tell us, you only get one chance — if you get a chance at all — to make a first impression.

The in-depth discussions of this discovery are for the most part buried behind paywalls, but I have ever so thoughtfully provided you with a link to a fairly interesting article here if you should care to read more about this. I also offer a tip of the fedora to Egyptologist Harco Willems, who directed the expedition which led to this discovery. If I had been at the helm I would have discovered nothing but camel spiders and left immediately.

So…what is the oldest book that you own? Mine is a copy of The Eclectic First Reader by W.H. McGuffey. What is yours? Thanks for stopping by.

32 thoughts on “Everything Old…”