It is a dark and stormy night.  Really.  The wind is wailing against the window panes as I write this.  No snow down here in Tallahassee, but we’re getting the rear end of the big winter storm that is pounding across the country.

I’d say this is as good a time as any to talk about some really really really bad opening paragraphs.  Plus, the holidays are upon us and I have to go to fight the huns and visigoths at the mall soon, and don’t have a lot of time and energy to give you any good craft advice tonight.  My brain is fried.  I’ll bet yours is as well. So…

My last post of 2019 is devoted to one of my favorite writing contests — the Bulwer-Lytton Fiction Contest! It’s held every year by the English Department of San Jose State University. Entrants are invited “to compose the opening sentence to the worst of all possible novels.”  The contest is named after the esteemed English novelist and playwright Edward George Bulwer-Lytton. Here’s the opening of his 1830 novel Paul Clifford:

It was a dark and stormy night; the rain fell in torrents, except at occasional intervals, when it was checked by a violent gust of wind which swept up the streets (for it is in London that our scene lies), rattling along the housetops, and fiercely agitating the scanty flame of the lamps that struggled against the darkness.

Man, it just doesn’t get any better than that.  Although many writers, since 1982, have been inspired to try. The contest honors bad openings in all genres — click here to read them all. Here’s this year’s Grand Prize winner.  I’m not sure what the genre is, but I think the world is coming to an end.

Space Fleet Commander Brad Brad sat in silence, surrounded by a slowly dissipating cloud of smoke, maintaining the same forlorn frown that had been fixed upon his face since he’d accidentally destroyed the phenomenon known as time, thirteen inches ago. — Maxwell Archer, Mt Pleasant, Ontario, Canada

And since I am sucker for a pun, here’s the Grand Panjandrum’s Special Award:

Emile Zola wandered the dank and soggy streets of a gloomy Parisian night, the injustice of the Dreyfus affair weighing on him like a thousand baguettes, dreaming of some massage or therapy to relieve the tension and pain in his aching shoulders and back, and then suddenly he thought of his Italian friends and their newly invented warm water bath with air jets and he rapturously exclaimed that oft misquoted declaration — “Jacuzzi!” — Robert R Moore, North Falmouth, MA

Geez, I wish I had written that. Here’s the winner in Romance:

The villa in Tuscany is abandoned now, and nature, in the form of invasive vegetation, is reclaiming the small vineyard where Rodolfo and Susannah made love each afternoon, beginning with the creeping Coccinia virginiana, followed by the woody Polemonium gloriosa, and ending, of course, with the drooping Glandularia vulgaris. — Bob Pellicone, Lincroft, NJ

Wasn’t this made into a chick-flick starring Diane Lane and that really hot Italian guy? But I’ve saved the best for last.  Here are the winner and runners-up from the Crime/Detective category. I’ve also added some critiques after each because, as we all know, we can learn a lot from awful writing. Read on, crime dogs, and for the moment at least, feel a million times better about your own work in progress. I know I do.

Realising that his symptoms indicated a virtually undetectable, fast acting neurotoxin, CIA coroner Quinn Abner frantically wrote up the details, lay on the floor and, as a professional courtesy, did his best to draw a chalk outline of himself.— Jeremy Das, Loughborough, England.

What’s wrong here? Well, we all know better than to start a novel out with a gerund phrase, right? Tsk, tsk… 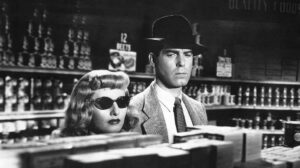 Olivia followed her breasts into my office where I was studying the dead flies on the window sill and dropped a large brown envelope on my desk, which rearranged the dust as it came to rest next to my right elbow, causing me to lose interest in the flies as I watched her walk away, watched carefully while wondering if the motion of her hips could bring a dead man back to life, which led to wondering what she could do to a man who was still alive. —  Will Dennehy, Cambridge, MD

Oh no, no, no…not another dame walks into the pebbled-glass detective office! This is a cliche, of course. Don’t let this happen to you. (Fred MacMurray could have used that advice). 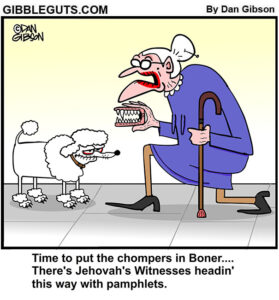 As he pounded on the door, Billy ‘Four-Toes’ Capalone, wondered, not for the first time, if he wouldn’t have been better off in the joint, or even taking a concrete nap, but instead, he straightened his tie and gripped his bible, determined not to blow his cover in the Jehovah’s Witness Protection Program. — Arlen Feldman, Colorado Springs, CO

How many times has James told us not to open with a character wondering? Egads… 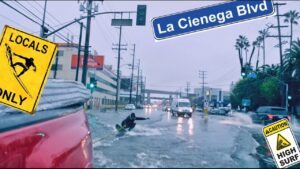 Eyes bleary from yet another night of fruitlessly staking out the Ritz Motel in West Hollywood’s seedier quarter, hoping to get some usable dirt on Mrs. Hennigan’s wayward hubby Bill, Niles Cranworth, P.I., pushed the start button, cranked the wheel over, and pointed his well-traveled Chrysler 300 southward on La Cienega Boulevard (“La Cienega,” he noted with irony, being Spanish for “the cienega”). — Andrew Lundberg, Los Angeles, CA

Well, at least we know where we are in this opening. But I think the writer’s research is showing. 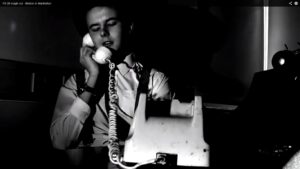 Detective Wilhelm Schmidt’s raspy voice poured through the telephone receiver like a dump truck of gravel unburdening its load—much like the trucks that worked around the clock at Rohrer’s Quarry off of 1-81, transporting payloads of lime, sandstone, crushed rock, and gypsum—though with Detective Schmidt’s heavy German accent, excavation on its own would not suffice, and a second, albeit entirely different industry would need to be invoked to really paint a crystal clear picture of his voice. — Cody Hanna, Lancaster, PA

There’s nothing worse than a writer in love with the sound of his own metaphor. 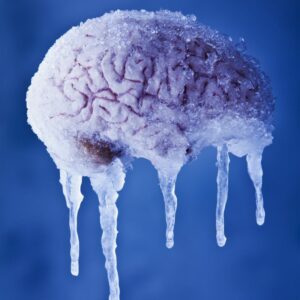 Prisoner #4420991 selected two large snow cones for his pre-execution last meal, much to everyone’s surprise, but #4420991 knew that death by lethal injection would come as sweet relief when balanced against the snow cone headache he expected to have. — Greg Homer, Diamond Springs, CA

Don’t ya hate it when the bad guy doesn’t have a name? 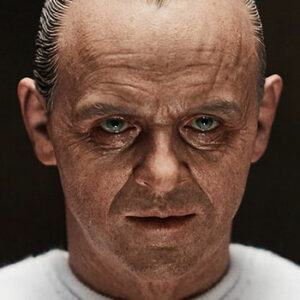 “I remember the moon had a face like Hannibal Lecter and that the wind blowing through the trees reminded me of the music from Psycho,” stated Effie Laudermilk as she sat in the courtroom stand on trial for the murder (which she vehemently denied) of her boyfriend whose partially eaten body was found in his car at the bottom of a pond. –Randy Blanton, Murfreesboro, TN

You know, I sorta kinda like this one. Peace out to all our friends here at the Kill Zone.  An end-of-the-year tip of the hat to all of you who comment on our posts. May all your book ideas be merry and bright, and all your pages not white. (ie blank). And a big shout-out to all our First Page Critique writers. Yoose guys rock. See you next year.

23 thoughts on “Kids, Don’t Try This At Home:
Some Really Awful Opening Lines”