I shifted earlier today from the “manic” gear of my personality into the “depressive.” I saw it coming, given that this is the time of year where we turn where the day is of darkness more than of light. To pile on, if you will, a friend of long standing remarked during a telephone conversation about how many books and authors there are plying their wares, and asked rhetorically, “Why bother?” Indeed. Through this and other static, I could hear Churchill’s black dog baying in the wee hours, even though he was not yet in sight. 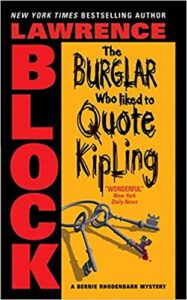 I, fortunately, had some St. John’s Wort at the ready in the form of a Lawrence Block novel entitled The Burglar Who Liked to Quote Kipling, which is part of the Bernie Rhodenbarr series. Block may be semi-retired now (he keeps threatening to stop, but only pauses), but when he was more actively pursuing his career he was quite prolific. It is difficult to have read everything he has written to date and somehow I had missed reading this title even though I have had a copy of it for almost a decade. One cannot come away from a Block novel without chuckling here, smiling there, and learning something along the way. There were some lessons presented in this book— how to bypass a home burglar alarm (circa 1979), for example — that I already knew, but —no surprise — there was plenty that I did not. 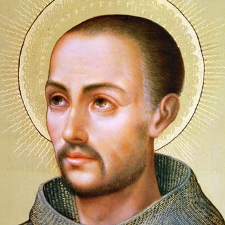 I learned that St. John of God is the patron saint of booksellers, and, interestingly enough, of alcoholics (there is a lesson here, I think).  I should digress to note, in case you are wondering, that the patron saint of writers and authors is St. James Sco… I mean, St. Francis de Sales. 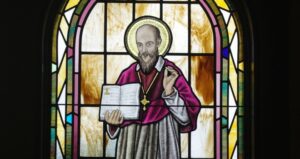 The Burglar Who Liked to Quote Kipling also includes also a quotation, however, that Block just kind of tosses out there and which, I have appropriated as the title of my offering du jour to you. 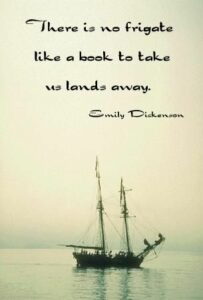 “There is no frigate like a book.” That quotation is the title of a poem by Emily Dickinson. I must have been absent (or, more than likely, daydreaming) when poetry was covered in my Senior English because it was a case of first impression for me. I should have paid attention in class because it contains an important observation about the reason that we read and write, succinctly stated in seven words. I stopped reading the book for a bit and started down the internet rabbit hole, doing a bit of research concerning Dickinson, because I could, thus proving Dickinson’s point. You can’t hop off of a frigate in the middle of the ocean (well, you could, but it’s not a good idea) but the blessing — and yes, the curse — of a book is that you can stop reading, set it down, and start up again. I learned as a result of my digression that Dickinson was a virtual recluse for much of her life.  She communicated mostly by letter (for those of you under thirty, a “letter” was something that people wrote to each other before texting became popular). Dickinson wrote approximately 1,800 poems, of which not even a dozen were published during her lifetime. She apparently, unlike my friend, was not concerned with the number of other authors who were out there already published and plying their trade. She felt the need to write, so she did, to the exclusion of much, if not all, else. It is interesting to me that relatively few of her contemporaries (we’re talking mid-19th Century) are even remembered, let alone mentioned in, for example, a Paul Simon song. 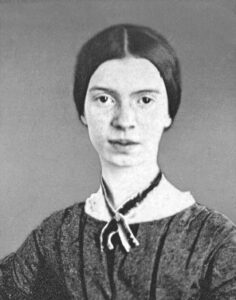 You may be click-click-clicking along on your word processor in obscurity right now. Keep doing that. If you get discouraged, think of Emily Dickinson, her life, and her words. There is no frigate like a book. You can build it at and on a desk and it can take you and your audience to places that they never would have imagined but for you. You can’t top that with a Ferrari or a Nintendo Switch or even Netflix, either.

The gloom is now officially shaken off, thanks to a contemporary author, his burglar creation, and a long-deceased reclusive poet. It’s time to go back to work. First though, please tell us: who or what shakes you out of your doldrums, if doldrums you have, and why? Whether you choose to share or otherwise, thank you for being here.