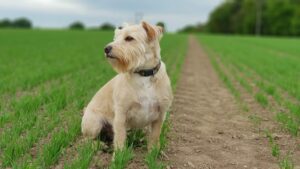 I hope you had a wonderful Thanksgiving. The following took place in the weeks leading up to it. You will please note that I am still sorting it all out.

I received on Thursday, November 7 an invitation to an email casting call for extras to be used in a feature film. The invitation requested a headshot, a full-length photo, my name, telephone number, height, and weight. I was advised that if I were chosen I would receive an email on Monday, November 11, with instructions for the time and location of the scene shoot on November 12 and 13.

I didn’t receive an email. That’s okay. It wasn’t my first rodeo. Anyone who has ever been involved in the arts in any capacity either gets used to receiving rejections or finds something else to do. Life goes on.

Flash forward a week or so. It was a cold and rainy day, the type where Churchill’s black dog runs off its leash. I was coming out of my local supermarket of choice and walking to my car when I saw a guy sitting forlornly on one of those motorized shopping carts which was stopped by a car, parked in a handicapped spot, with its trunk open. The shopping cart contained, among other things, a fifty-pound bag of dog food. Folks were hurrying by in both directions with their heads down. I couldn’t blame them. We’re all in a hurry even on the best of days and that day wasn’t one of them. There was also something about the tableau that was a little off. I’m still not sure what it was. But. But. I walked over anyway and asked the gent if he needed some help. “I sure could,” he said. The guy was disheveled. He looked like he’d been living rough. He also had a speech impediment which made him difficult to understand. I picked up the bag and put it into his trunk, placing his other smaller purchases in there for good measure. He got off the cart seat, took a couple of steps, and hugged me. Closely, cheek to cheek.  I hadn’t really signed up for gratitude, particularly of this nature,  but I kind of hugged him back and started to politely disengage. Just before he let go he whispered in my ear — no speech impediment present — and said, “What you wanted will be yours. Thank you.” I nodded and smiled — the type of smile you give to a stranger who you are attempting to politely leave behind — before walking to my own car and driving home.

I spent the remainder of the day working. UPS did not deliver a five-pound box of money. Sandra Bullock did not call to ask me to drive down to New Orleans and keep her company. A soon-to-be-published, world-wide best seller-to-be did not materialize on my computer in “Joe’s Manuscripts.” The phone, however, did ring at 10:20 PM. It was a representative of the talent agency which had sent me the email on November 7. They had another shoot scheduled for the same film-in-progress on November 27 and they wondered if I would be available.

I told the representative “no.”

I’m kidding of course. I told him “yea, yea, and yea again” and found myself on the day appointed driving to Cleveland at 3:30 AM so that I could demonstrate my acting skills by pretending for several hours to act cold, wet, and forlorn on a suburban Cleveland street corner on a rainy and windy day. And yeah. What I wanted was mine.

I believe in coincidences in the sense that a coincidence is a higher power acting anonymously. Maybe it was a coincidence. Maybe not. My younger brother told me that it was nothing more or less than me helping a stranger on the same day that the agency decided it needed what my brother called “an affable fat f**k” for the scene in question. A very wise friend of mine, however,  said with all of the assurance in the world that I had been tested by an angel. That conclusion is above my pay grade but he may be right. Or not.

I have the foregoing — and so much more — to be thankful for this week and every week. As always I am thankful for friends like you and for family. I couldn’t ask for any more than that at this stage of the journey.

That’s all I have today. Thanks for dropping by. Enjoy your weekend. And don’t be surprised if you’re tested as well.

36 thoughts on “Giving and Receiving”