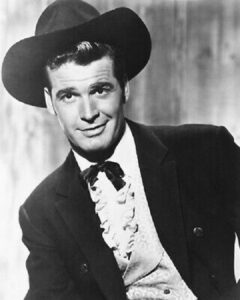 When I was a kid my big brother loved the TV Western Maverick. It’s been running on a cable channel and I’ve enjoyed catching up with it. The series introduced the American audience to James Garner as Bret Maverick (who often shared adventures with his brother Bart, played by Jack Kelly).

Garner became an instant star, and it’s not hard to see why. He was masculine without being obnoxious; handsome but not too pretty; charming but not cloying. Most of all he was a natural, relaxed actor (though he put in a lot of hard work to get that way!)

Which all led to a storied career. He created not one, but two, iconic television characters—Maverick and Jim Rockford. He transitioned easily to movies, and was at home in light comedy (The Thrill of it All; Victor/Victoria), action adventure (The Great Escape; Hour of the Gun), romance (Murphy’s Romance), and showed considerable dramatic chops in the experimental Mister Buddwing.

By all accounts, he was as decent a fellow as there was in Hollywood. Married to the same woman for 57 years. Not a party animal or public boor. A true professional who showed up on time and knew his lines.

In the 1970s he did several commercials. I was starting my stint as an actor in Hollywood then, and in a commercial acting class the teacher held up Garner as the quintessential pitchman. “You just believe him,” she said. “It’s all about trust.”

So we students all had to pick an ad out of a magazine and memorize the copy, then spout it as naturally as we could. I still remember my product: The Pentax ME camera.

The exercise paid off. I nabbed several commercials, which helped pay my bills and later gave me nice residuals all through law school. (Remember the guy at that picnic who pours everyone some Pepsi? Yep, that was me. And I’m sure you recall the handsome lad sliding a tray of hamburgers in a McDonald’s serving window. Me again!)

Which brings me to today’s clever writing segue. James Garner’s “secret”—which applies to writers as well as actors—was that he was always himself within the role. He knew his parameters, and that was his zone. That’s also what my favorite actor, Spencer Tracy, said about his acting style. He would see himself as Spencer Tracy as a priest, or Spencer Tracy as a bride’s father…or a fisherman or Dr. Jekyll and Mr. Hyde.

Which is why, when we write, we must put ourselves into our fiction by seeing ourselves as the characters.

How does your Lead character feel at each stage of the proceedings? The answer is the way you would feel if you were that character.

That goes for any of the cast, including the bad guy. Why does he do these things? That’s backstory. What’s going on inside him? It’s what would go on inside of you if you lived that same past.

When you tap into these things, you get a James Garner effect—readers will trust your story. (It is also, by the way, how you get at that elusive thing agents and editors call voice.)

In an interview Garner once said, “When people see me in something and say, ‘That’s just you, that’s not acting,’ it’s the best compliment I can get.”

He also said, “I’ve had to work hard at that easy-going manner you see on the screen.”

Working hard to get natural. Good advice for writers, too.

What’s your favorite James Garner role? Mine has to be The Great Escape, especially the moment where Garner insists on taking the blind forger (Donald Pleasance) with him. The outcome of this plot line gets me every time.

59 thoughts on “The James Garner Secret”