“No passion in the world is equal to the passion to alter someone else’s draft.” ~H.G. Wells 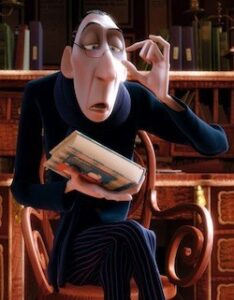 For most of my adult life, I made my livelihood in the newspaper business. My dream was to work for the Detroit Free Press, but I had to start out instead at a small suburban weekly called The Eccentric. It was a gift in disguise.

I did everything from taking and processing my own photos, to writing obits, to covering city council meetings where the surest thing to get the blood moving was a hot debate about sewers.  The pinnacle of my career was being named editor of the Women’s Life section, Yeah, I’m that old and that’s what it was called in those days. I got to supervise a small staff of eager beaver stringers.

That was my first experience with learning how to tell others that their writing well, might need some work.

I was not very good at it. It took me a long time to learn that doling out criticism is a learned skill. All writers need honesty but it has to come with a healthy side order of kindness.

We talk a lot here at The Kill Zone about how to take criticism. Or its uglier sibling rejection. As writers, we deal with this at every level of our writing lives. Better grow a rhino hide or you’ll never make it, the conventional wisdom goes. But maybe we need to take a moment and talk about how to give criticism.

If you work with a critique group or if you are someone’s beta reader, then you definitely need to learn the fine art of diplomacy. We here at the Kill Zone deal with this all the time as we critique your First Page submissions. And I think I can speak for all of us that it’s often not easy to do this because there is a fine line between being helpful to a new writer and being discouraging.

Whenever I get a First Page submission, I go through a distinct process:

And that last one is important. Because I remember how hard it was to get feedback when I was trying to publish my first mystery back in the late 1990s. Even though I had had four romances published by a big house, I didn’t really know how to write a mystery and my first two attempts were awful. Luckily, I had an agent who was a hard-nosed New York ex-editor. She frankly scared the hell out of me but she knew how to give honest criticism. She told me I was a very good writer but I didn’t understand the distinct structure of a mystery. She told me to go home and read.  “Start with P.D. James and work your way up to Michael Connelly,” she said. So I did.

Once my mystery career took off, I then had to learn to take criticism from editors. I would turn in my manuscript and wait with a strange combination of eagerness and dread.  Eagerness because I was sure I was going to get heaps of praise. (“This is great! We’re pushing it up to our lead title with a 100,000 first press run!”) Dread because I was sure I was a fraud. (“Listen, this isn’t quite what we talked about when you turned in your outline…”)  The reality fell somewhere in between. I have been blessed to have some really great editors in my three decades of writing crime fiction.  Each one of them understood what some have called the Hamburger Model of Criticism:

Start out by staying something nice about the manuscript.

End with saying something encouraging.

I think every editor I have ever worked with did this. And it always made the meat patty go down a lot easier.  But here’s the the thing about the meat patty: It has to be constructive. Late in my journalism career, I was the Features Editor at a large Florida daily. I had an editor in chief who every morning took a red grease pencil to mark up every section of the paper. The comments were almost uniformly negative, of the type of “I don’t like this.” One day, in frustration, I asked him WHY he didn’t like something. He said he didn’t know. He was like judge who says “I can’t tell you what’s porn but I just know it when I see it.” Luckily, he was canned before I could quit.

A few other things I’ve learned about giving criticism:

Okay, so you’re done reading a friend’s manuscript. Or you’ve been doing your part in the weekly critique group. You’ve been kind, you’ve been constructive, you’re offering up suggestions that you think might cause a light bulb to go off over the other writer’s head. And then….

They turn on you. They say you don’t understand their genre. Or that if you’re missing the plot points. Or that they intend for you to hate the protagonist. Or that second-person omniscient is the only way the story can be told. I call these folks the Yeah Buts. “Yeah, but if you keep reading, things will get clearer.”  “Yeah but if you read more dystopian Victorian zombie fiction, you’d understand my book…”

You can’t help a Yeah But. Sometimes, they don’t want to hear anything except how great their stuff is. Don’t get angry. Don’t take it personally. You did what you could. Smile and walk away.

18 thoughts on “The Fine Art Of
Giving Out Criticism”