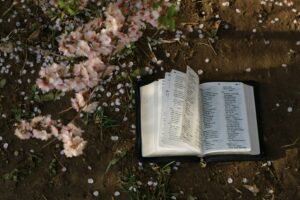 I have at least once before mentioned in passing how what we see with respect to a published novel — or for that matter, any work of art — is but the tip of the spear, the polished, honed, and sharpened result of a whole lot of effort. I happened across something recently that everyone who labors in the arts to whatever degree of success needs to read over and over about again about getting to that tip.

You may know of John Clarkson. He is an extremely talented author whose novels, particularly those in his current James Beck series, stand as an example of what the job of writing looks like when it is perfectly and professionally done. John intermittently blogs and recently told a story about his current work-in-progress. I will summarize it but you really need to read John’s brief dissertation to get the full flavor of what happened. John describes the process of writing what would have been the third novel in the Beck series, and realizing, upon completion, that it didn’t work (and why). He concluded that it could not be fixed so he trashed it and started over. His account is illuminating, tragic, hopeful, and ultimately inspiring. Oh, and it is very brave, too. John, in workmanlike, understated prose gives us the reasons why what would have been his latest novel didn’t come together. Ouch. How many of us would willingly and intentionally exhibit what we perceived to be a screwup on the internet town square in a forthright manner and without reservation? I know of at least one person who would pause before doing so. He’s typing these words right now.

The truth is that John is not alone in what he went through, though he is certainly walking point when describing the experience. Not every written volume of every successful series makes it to the finish line.  They lay on the blacktop and the finish line rises up to meet them. Sometimes being successful is as much knowing what doesn’t work as what does work, and being brave enough to pull the pin, rather than hoping that no one will notice. There is a term used for these books which don’t make pass the author’s own white glove test. Such manuscripts are called “trunk novels.” I am reasonably sure that every successful author has at least one. I daresay that we will probably not walk with Jack Reacher down every mile of middle America that he traverses, or that we see the account of every mystery that Spenser or Bryant and May encounter and/or solve. What is different here is that John takes us through the process of determining whether the book goes to the agent or the trunk. It’s not a pretty sight, but it’s an informative one.

It doesn’t just happen with books.  Music? It happens all the time. I personally know of one band that was huge in the 1980s and labored for seven months on their fifth album. They spent well into six figures while doing so. There was a change of personnel at their record label and the new sheriff decided to pull the plug on the new record on the theory that the label wasn’t going to chase good money after bad. The band was informed of this in the middle of a tour. The same thing happens in the film industry. At least with books you can sometimes and to some extent control that portion of your destiny, as John has.

My best advice? Be like John. Confront the failure, embrace the suck, and try again. Oh, and you might pick up a book or five of his to see what he is striving for and will no doubt achieve once again. You won’t be sorry.

That is all I have for today. How is your summer going? Are things humming along or are you turning a project into compost and trying again? Good luck and best wishes either way.

28 thoughts on “The Graveyard of Stories”