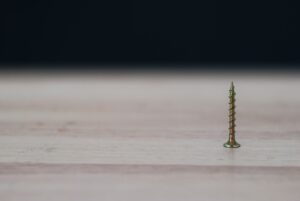 Last week I received one of those letters from the “Department of the Treasury.” It was not, alas, an invitation to apply for employment with the Secret Service. It was instead a letter from the Internal Revenue Service advising me that I owed additional money with regard to my 2018 federal tax return, and giving me three weeks to pay it.

Some of you may have had the pleasure of dealing with such a notice personally. If you are an author or derive at least some of your income from self-employment, your return almost automatically gets a bit of extra attention which may ultimately generate such a notice to you. Others among you may have friends or relatives who have for one or more reasons been on the receiving end of a letter. This particular letter wasn’t my first rodeo. I have worked for fifty-one years and filed an equal number of federal returns. I have in that time received five letters of this type which isn’t too bad a track record, I guess, but I’ve learned a little about what and what not to do as a result.

I am today accordingly going to provide some very basic advice about how you can deal with such a situation, and possibly save yourself some money in the process. I offer this to those of you who prepare and file your own tax returns, as opposed to having a local or national tax service do that for you. Some of those will represent you before the IRS. If so, contact your preparer immediately upon your receipt of the letter.

To begin: eat the frog first. If you don’t want to read the rest of this post, fine, because you’ve just read my most important piece of advice. Open the letter and read it immediately upon your receipt of it. Do not ignore it, set it aside, or assume that it is a mistake. Doing so will simply cause the generation of more notices to you. Interest will accumulate. Matters will escalate. Open the letter, read it, and see what the IRS wants.

Next. When you receive such a notice it is probably because the IRS wants money. The amount is usually stated up front. Forget that for a moment. You want to know the basis for the determination that you are deficient. That is usually buried deep in the notice but it’s there.

Find it. Then get out your Federal tax return for the appropriate year and review it, particularly with regard to the area which the IRS says is causing the deficiency. If you see that the IRS is correct, waiting or ignoring action will not cause the matter to go away. You will continue to receive letters. Your file will eventually be assigned to an agent and the letters will become more personal. The matter will become more difficult to settle. Instead, pay the amount owed if you are able. If not, there is a telephone number that will be listed on the notice which you can call to work out a payment plan. Interest will still accrue, but if you work out a plan and stick to it the letters will (or at least should) stop.

What happened in my case is that the IRS said that I made a computational error resulting in a deficit. I got out my return and the IRS was wrong. I had actually made TWO computational errors. Whoever or whatever reviewed my return found one. I found a second error which substantially mitigated the first error. I accordingly set all of the paperwork aside and streamed the fifth season of Black Mirror, knowing that the IRS would eventually locate the second error and send a second letter with a recalculated deficiency.

I got to work. The notice listed a number I could call if I disagreed with the agency’s determination. I got my ducks lined up in front of me in writing and called. I was on hold for forty-five minutes before I was told that due to a “network error” my call could not be handled and that I should try to call again later. “Network error,” I discovered, is agency-speak for “lunch.” Don’t call at or near the hours of 11:00A – 1:00P central time. Everyone is at lunch.

I called back at 2:30P EDT and after approximately a quarter-hour I spoke with a very businesslike but civil call center person.  I politely explained my position and stated that I was of course (of course) willing to immediately pay the resulting (lesser) deficiency plus interest. I also asked for the best way to proceed in order to prevent correspondence from crossing. I was told to put my position in writing and (snail!)mail it to the address from which I received the original notice. Done and done. 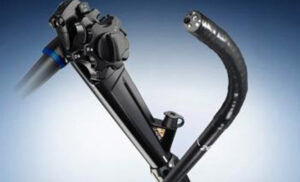 Next. If you receive a decision in your favor, all to the good. If not, you do have appeal rights. If the dispute has its basis in an issue of tax law that you are going to run into frequently going forward — a business deduction, for example — you may want to obtain representation. If it is a smaller amount arising over a one-time mistake (or two) or a misunderstanding, you may wish to attempt to resolve it yourself. If so, keep in mind that if you run into an IRS representative who won’t budge off of the one-note, thank them for their time and politely ask to speak to their supervisor. Primary level agents are firmly ensconced within the sinecure of the agency’s position. Supervisory level agents are more conciliatory toward the taxpayer. They are not giving anything away, by any means, but are more often more receptive to a taxpayer with regard to a contested issue. Just remember your polite words.

Oh. One more thing. You call the IRS. It does not call you. If you get a call from somebody purporting to be from the IRS (or, as I have in the past, the FBI, or the U.S. Attorney’s office) telling you to go to Wal Mart and buy Visa gift cards or whatever to pay off your account, don’t. It’s a scam.

Hopefully, you will never need any of this information and have never needed it. That said, does anyone have any tax stories they want to share? If so, please do. Whether you do or not, Happy Father’s Day to all of you dads!

32 thoughts on “The Churn of the Screw”