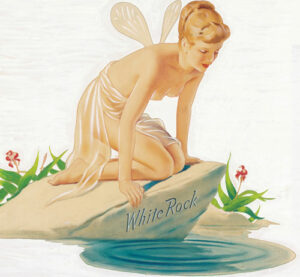 “Short fiction seems more targeted — hand grenades of ideas, if you will. When they work, they hit, they explode, and you never forget them.” ― Paolo Bacigalupi

I’m of the age now where I can’t run like I used to.  I walk instead, sometimes for hours at a time, but it’s not as satisfying. I miss the endorphin buzz of intense running.  So lately I’ve taken to interval training. This is where you walk, and then you run like hell for a long as you can, then you walk again.

This is, I have found, a lot like writing a novel versus a short story. A novel is a long calculated walk. A short story is a sprint. I am clinging to this metaphor as I try this week to finish a short story.  Things are not going well. I really struggle with short stories.  I can count on two hands the number I have published. (If you’re interested, you can find my petite oeuvre here.) 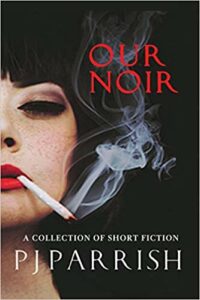 Desperate to get out of second gear, I started re-reading Cheever. Didn’t help. Got moody and found myself drinking too many gin and tonics. Went back to John D. MacDonald’s The Good Old Stuff but it felt too familiar. So I went to the library and got a copy of Welcome to the Monkey House. I have read very little of Kurt Vonnegut’s work and none of his short stories.  It was like a good bracing walk on a wintery beach, maybe in Barnstable Village, Massachusetts.

There is something about coming cold to a writer’s work that makes you see your own work in new ways. Vonnegut had things to teach this old dog.  Although he’d maybe call that rot. In the preface to Monkey House, he writes:

I have been a writer since 1949. I am self taught. I have no theories about writing that will help others.  When I write, I become what I seemingly must become. I am six feet two and weigh nearly two hundred pounds and am badly coordinated, except when I swim. All that borrowed meat does the writing.

In the water, I am beautiful.

Even before reading the first story, I felt better just reading that. Because no matter how clumsy you might be in daily life, how hobbled you might feel because you can’t run anymore, you can still feel beautiful in the water.  Isn’t that how you feel when the writing is going well, that you’re effortlessly swimming?

I’m only a couple stories into the collection, but I wanted to share a couple thoughts about what I have read so far. The second story, “Harrison Bergeron,” appeared in The Magazine of Fantasy and Science Fiction in 1962. It’s a dystopian domestic mini-drama set in the year 2081, told almost totally in dialogue. It is funny and deeply disturbing. There is a moment where a man is lifting a ballerina and Vonnegut gives us this line:

It hit me almost physically. A metaphor is a perfect stab of recognition, and that’s what I felt. Then I got to one of Vonnegut’s most famous stories, “All The King’s Horses.” Completely different style, but just as gut-wrenching. A pilot is shot down in Asia during the Cold War. On board are his crew as well as his wife and 10-year-old twin sons. As in all great short stories, we are dropped into a fast-moving narrative river, and all we can do is hang on.  The pilot’s Russian captor offers a bargain — the pilot must play a chess game for the lives of his crew and family.  Then comes the awful twist — the pilot’s men, wife and sons are to be the living chess pieces, moved on a checkerboard floor in a throne room. That’s all I will tell you, except that I gasped at one point.

When I started this post, I had forgotten that Vonnegut had — despite his disclaimer of having nothing to teach other writers — issued his Eight Tips For Writing a Good Short Story.  So of course, I looked them up. I think they work well for any kind of fiction, actually.  With a few caveats for us crime dogs, maybe. Some you might have heard before, but they bear repeating:

The first one is great advice no matter what you’re writing — even a memo.

The second one I believe in wholeheartedly. Which is why I gave up on The Americans.

Number three we’ve quoted many times here at TKZ when we talk about motivation. And the deeper you can plumb the depths of what a character wants, the richer your story will be.

Rule four is important. Every sentence should do something, be on the page for a reason. I read somewhere that Vonnegut disliked television, except for Cheers, which he called a comic masterpiece.  He said, “I’d rather have written Cheers than anything I’ve written. Every time anybody opens his or her mouth on that show, it’s significant. It’s funny.”

Now, we get to number five, which is critical for short stories but troublesome for novelists, given that we like to flap our gums sometimes before getting to the dramatic point. (ie weather, description, backstory).  But if you really think about it, you should never start your novel at too early a juncture. You should always find that prime dramatic moment to drop your reader into the action.

Six is a given. As James says here often, something must be disturbed in your protagonist’s world.

Number seven is about authenticity. If you set out to be James Patterson, you will fail. Yeah, be smart about today’s market, but write the book you were meant to write.

Now the last one is tricky. I am not quite sure what Vonnegut is talking about here. Because on its face, it goes against much of what we talk about here about NOT larding your early pages with too much information. You want some mystery in the beginning. You want to pose questions that beg answers. Maybe Vonnegut is just arguing for clarity in the writing itself?  The choreography (moving characters through time and space) must be clear. Confusion should be avoided. Maybe you all can help me out on this one.

As for me, it is back to the drawing board. While reading Vonnegut’s stories, I realized I had chosen the wrong point of entry for my own story. I was approaching my story too much like I would a novel. I need to figure out the end so I can begin closer to it.   I need to sprint instead of walk.

I want to leave you with one more Vonnegut metaphor. In the preface to Monkey House, he questions where the creative impulse originates from:

The New Yorker said that a book of mine, God Bless You, Mr. Rosewater, was a ‘series of narcissistic giggles.’ Perhaps it would be helpful to the reader to imagine me as the White Rock girl, kneeling on a boulder in her nightgown, either looking for minnows or adoring her own reflection.

I remember the White Rock girl well. When I was a kid, I thought she was Tinkerbell’s mother. And I always wondered what the heck she was looking at.  I still do. But ah, that’s the mystery, no?

p.s. If you’re wondering about the title of this post, listen to this “short story”:

8 thoughts on “A Short Ride In A Fast Machine”