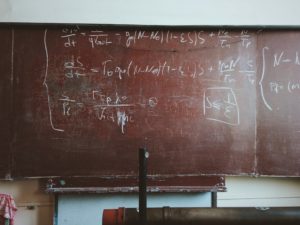 My local news this morning reported that a gentleman with dementia — several years my junior — is missing.  I wondered: why him? Why not me? I have watched loved ones — relatives and friends — succumb to the foggy twilight of forgetfulness, bizarre and inappropriate behavior, and poor judgment in increasing numbers in the past several years. My greatest fear at this point in time is that I will join the ranks. As I approach the age status of “codger,” I would prefer to be described as “still sharp as a tack” to “If found, please return to…” or worse, “If found, please don’t return.”

I may some time ago have mentioned that I have scheduled the following entry to appear monthly on my Google calendar: “Are people telling me that I am forgetting things? Am I getting into trouble? Do I get lost in familiar places? Have I forgotten that I have left this message for my future self? If so, I may have Alzheimer’s Disease and need to either get help or end it all.” The message recently popped up for the first time (that I can remember, heh heh) on my calendar. I could honestly answer “no” to all of the questions that my past self asked my present self (except possibly for the one about getting into trouble. It depends on your definition of trouble). It occurred to me a few months ago, however, that I need to do more than just schedule a monthly self-check on my mental status. I must up my game as I get older. I want to pass into that good night the way that Robert B. Parker did. He was busily writing at his desk when Azrael tapped him on the shoulder, clapped hands, and said: “Let’s go!”  Similarly, Bob Hope, as befits a comedian, had everyone laughing through their tears as they gathered around his deathbed. His wife reportedly asked him if he wanted to be buried or cremated. His response, filtered through a raspy gasp, was “Surprise me!” Indeed. 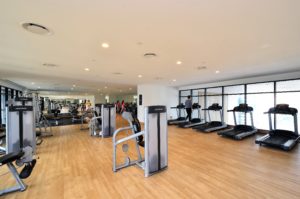 I’ve been doing a number of things to increase the odds of walking the final plank in as superlative a condition as possible, writing all the way. One is exercise. I don’t like it. I find it boring. I did engage in jogging for a while, many years ago, but the rum kept spilling out of my glass. I only enjoy such activity if I can call it something else and multitask while doing so. I love walking when I am in other cities. I can take mental photographs, get writing ideas, and occasionally sharpen my survival skills if I’m in the wrong place at the wrong time. I don’t like walking in my own locale because for the most part the scenery is somewhat boring and I somehow always find myself wandering into a bakery, which is also dangerous. I accordingly bought a treadmill about a year ago and put it in front of the television. I have decided that I am not allowed to watch Netflix, Prime or Cinema HD (shhh!) unless I’m walking briskly on the treadmill. It works. I’m never bored, and I’m actually doing something constructive amidst the sex, explosions, and fisticuffs of what I’m watching. I walked for a couple of hours yesterday while watching American Gangster and loved every minute. The activity improves my mood which in turn helps me to think more clearly. It has increased my stamina as well. 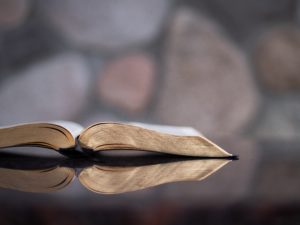 Reading is another intellectually stimulating activity. Reading of any sort is good, but of late I’ve been shifting at least some of my reading time away from the mystery and thrillers I love and toward literature that requires a bit more concentration.  After perusing several articles about how to start and finish Ulysses by James Joyce I located my well-worn copy and started reading a page a day while successfully resisting the urge to burn my eyes out with hot coals. So far so good. 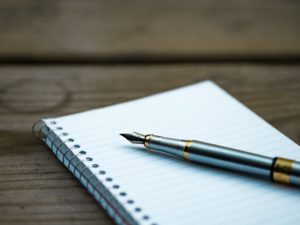 There is also of course writing, which I am doing right now. Maybe it’s true that a roomful of monkeys chained to typewriters will eventually randomly type the works of Shakespeare. Sometimes my contribution to this blog resembles what the chimps come up with before they produce The Tempest but my posts have to be done by a time and date certain That takes concentration, as does most writing. Another stick sharpened.

All of the above, however, isn’t enough. One thing I regret about my high school years is that I never really mastered mathematics beyond Algebra 1, primarily because I could never properly use a slide rule. Does anyone remember slide rules? It was a type of analog computer which went the way of the dinosaur once pocket calculators became so common. The last slide rule was made in 1976. I was simply born too soon. I have lived long enough to see YouTube, however, and there are all sorts of videos as well as self-instruction websites where a mathematics dolt like myself can work at their own pace and begin at their own level. I had a couple of false starts before deciding that I needed a refresher course in Algebra 1. I was surprised at how much I remembered, how much I had forgotten, and how much I still don’t understand. I am chipping away at it, however. I would like at some point to understand calculus but it’s as important for me to try as it is to succeed at this point.  I find that it helps to listen to music while I do it. I generally favor post-punk (Parquet Courts) or soul (anything that was released on the Stax/Volt labels) for pleasure but when confronting a math lesson there is something about a Louis Armstrong solo from his days with the Hot Five or a Miles Davis set from the 1950s to the early 1960s that brings a broom and dustpan to the frontal lobe. 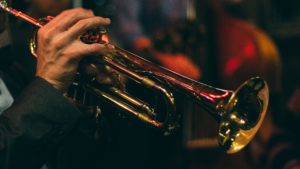 You don’t have to be old — by whatever definition — to start thinking about this. I know people who seemingly cannot function without a device in their hand, who haven’t read a book in years, and whose idea of exercise is adjusting the remote volume while they binge on a new Netflix serial. There’s nothing wrong with any of that. Just add some things into the mix that up your thinking game a bit,  clear the cobwebs, sharpen the instruments, and generally tune up the cognition. If you are doing something, no matter what your age, please share. And if you aren’t doing anything because you don’t feel the need, bless you.

42 thoughts on “Fighting Off the Fog”